Color in alcohol. Ground color of dorsal and lateral surfaces yellowish tan to light brown. Dorsolateral region of head, snout, predorsal area and most of dorsal and lateral surface of trunk with many dark brown dots, conspicuous in larger specimen ( Fig. 1 View FIGURE 1 ); absent in smaller ( Fig. 3 View FIGURE 3 ). Four irregular and variably conspicuous saddles; first crossing anterior dorsal-fin base; second immediately posterior to dorsal-fin base; third immediately anterior to adipose fin, and and fourth between adipose and caudal fins. Saddles broadly conneted laterally to dark brown stripe that spans from above pectoral-fin base to before end of caudal peduncle. Light stripe from snout tip to each nostril. Ventral surfaces whitish tan, with scattered patches of dark chromatophores, most concentrated on cheek and caudal peduncle. Fins mostly unpigmented, except for dark transverse bands; 3−4 in dorsal, 2−3 in pectoral and 1−2 in pelvic; 1−2 in anal fins. Caudal fin with vertically elongate, squarish dark blotch at base of rays, preceeded by conspicuous light transverse band at end of caudal peduncle. One of two irregular, sometimes oblicuous, dark bands on caudal fin, connected to each other by dark pigmentation in central caudal-fin rays.

Distribution and habitat. Parotocinclus robustus   is known from three rivers belonging to the upper and middle Rio São Francico basin, the Rio das Velhas and Rio Jequitaí on the right margin and the Rio Paracatu on the left margin, suggesting that the species is widely distributed across the basin ( Fig. 4 View FIGURE 4 ). The type-locality and other streams where the species was found are small to median-sized rivers with shallow water (0.4−1.5 m depth) and slow to median-speed waterflow. The streams had clear to slightly turbid water running over a mixed bottom composed of stones, gravel, sand and sometimes mud. Specimens were mostly collected on the marginal vegetation.

Etymology. The species epithet robustus   is from the Latin, meaning robust, referring to the strong and robust appearance of the fish. An adjective. 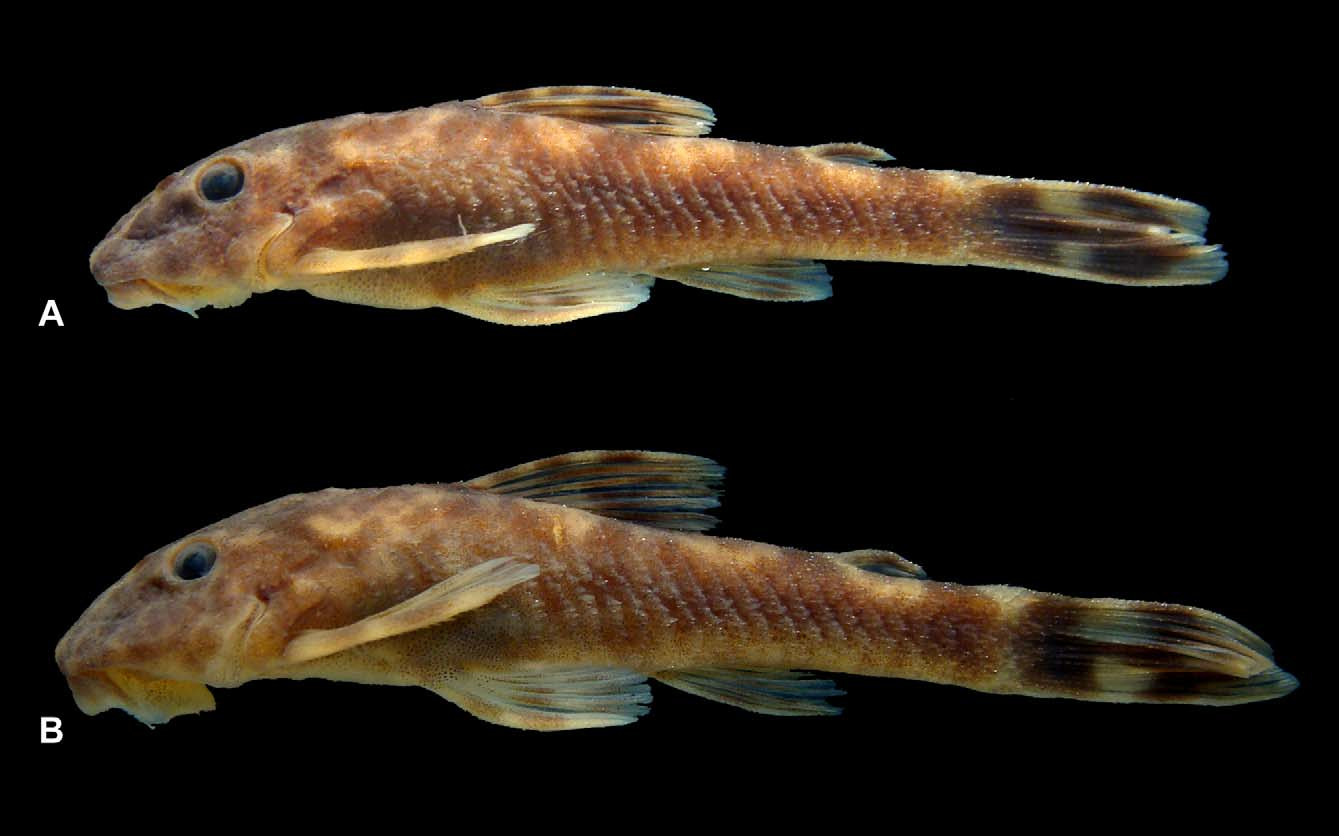 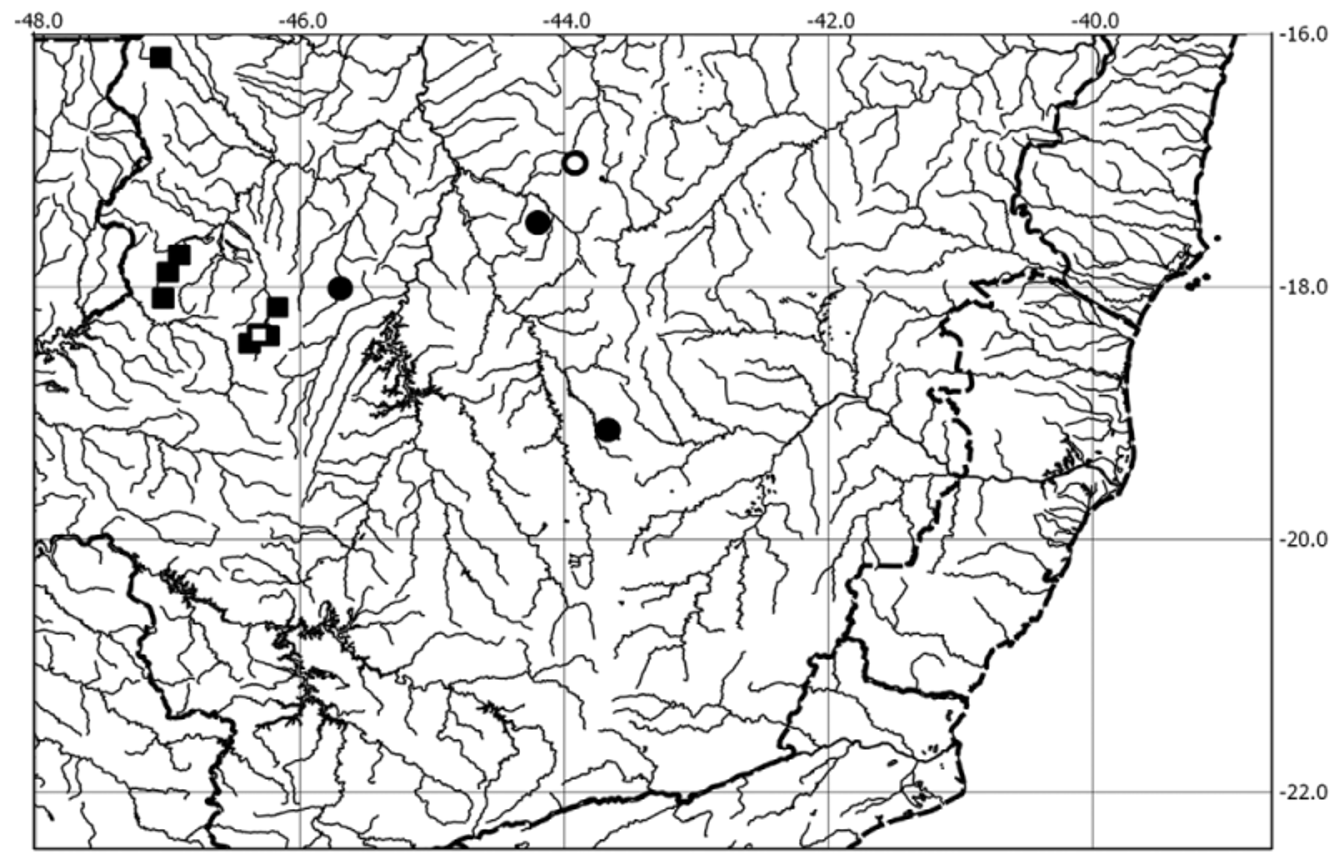