Symphylella minuta sp. nov. is characterized by the delicate and minute body, well-developed but thin central rod with a vestige of a transverse suture in the middle, eight setae on first tergite, pointed processes on tergites, and short cerci with sparse setae.

Head length 150-170 μm, width 133-158 μm, with widest part somewhat behind the middle on a level with the points of articulation of mandibles. Central rod well developed but thin, with a vestige of a transverse suture in the middle. Anterior branches normally developed, without median branches. Dorsal side of head moderately covered with setae of different length, longest setae (18-25 μm) located most anterior on head, at least 3.0 times as long as central ones (4-6 μm). Cuticle of anterolateral part of head with rather coarse granules, around Tömösváry organ with moderate granules, other area with fine and faint granulation (Fig. 1F View Figure 1 ).

Trunk with 17 dorsal tergites. Tergites 2-13 and 15 each with one pair of sharp triangular processes. Length from base to tip of processes distinctly longer than its basal width except for the tergites 4, 7, 10 and 13, in which processes are almost as broad as long; basal distance between processes of tergites distinctly longer than their length from base to tip (Table 2 View Table 2 ). All processes with end-swellings. Anterolateral setae on all tergites longer than other lateromarginal setae, about 0.6-0.7 of the length of processes on same tergite. Inserted setae (setae between inner basal seta and apical setae) absent. All tergites pubescent (Fig. 2A-H View Figure 2 ).

Coxal sacs present at bases of legs 3-9, fully developed, each with three to five setae on surface (Fig. 1I View Figure 1 ). Relevant area of leg 2, 11 and 12 replaced by two, two or three, and one to three setae respectively (Figs 1H View Figure 1 , 2I View Figure 2 ).

The species name " minuta " refers to the delicate and minute body of the species. 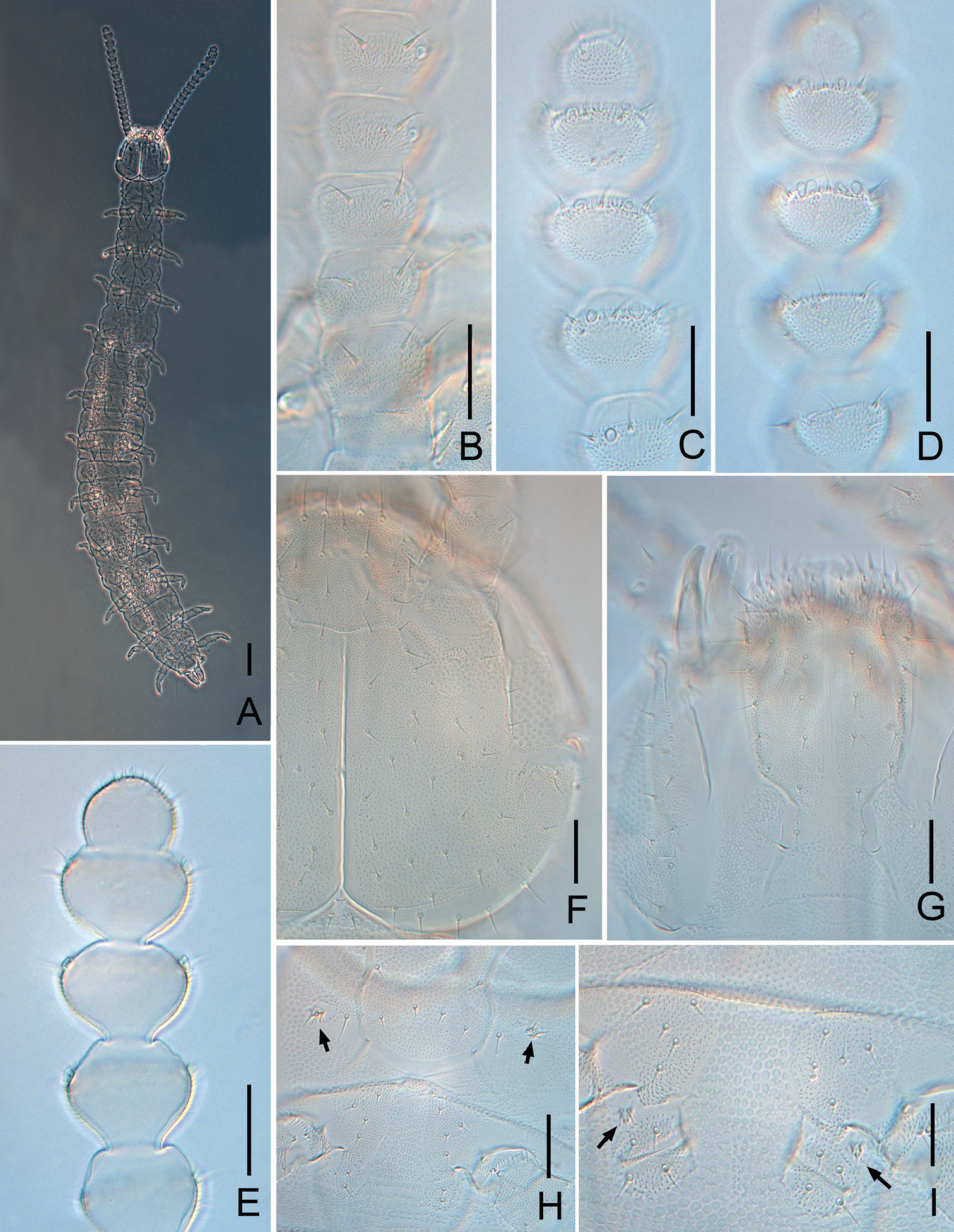 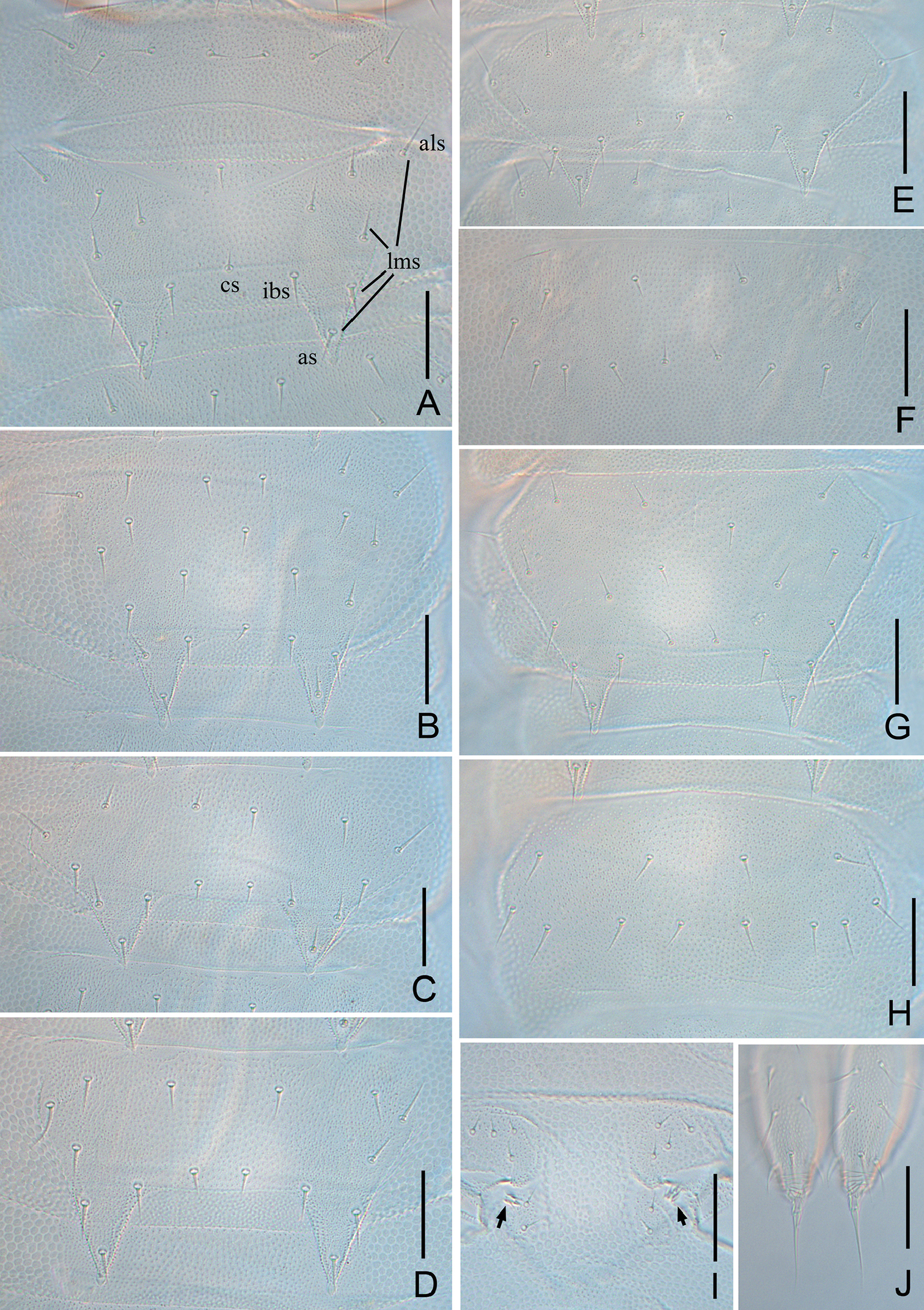 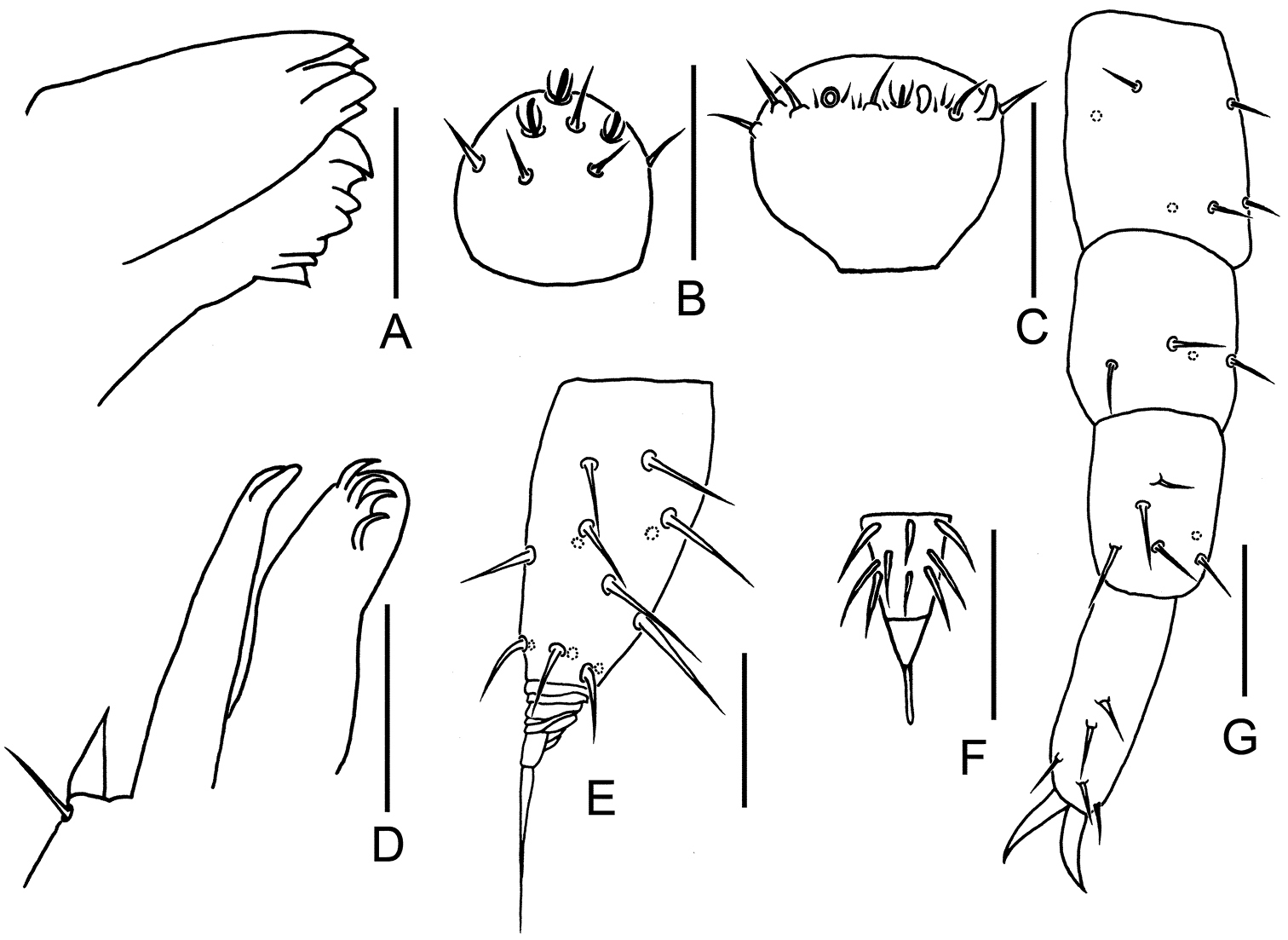