Distribution in the KTM Valley: Encountered in Lalitpur and Shreshnaryan, although Aryal et al. (2013) also encountered the species in north-western KTM Valley.

Remarks: Microhyla   were found at four sites around ponds or wetlands ( Figure 1 View Figure 1 ). Males were always encountered while calling, usually from under grass, about onehalf metre from the water ( Figure 3 View Figure 3 (h)). Larvae were usually present in large numbers in the water sources around which adults were calling. Recent work suggests that Nepal contains multiple species of Microhyla   , and that the specimens encountered around KTM may belong to a related species, rather than M. ornata ( Khatiwada et al. 2017)   . Molecular sequencing or in-depth morphological analysis would help resolve the taxonomic position of KTM Microhyla   . Because we only encountered this species outside of national parks, we were unable to conduct further analyses ( Figure 1 View Figure 1 ). 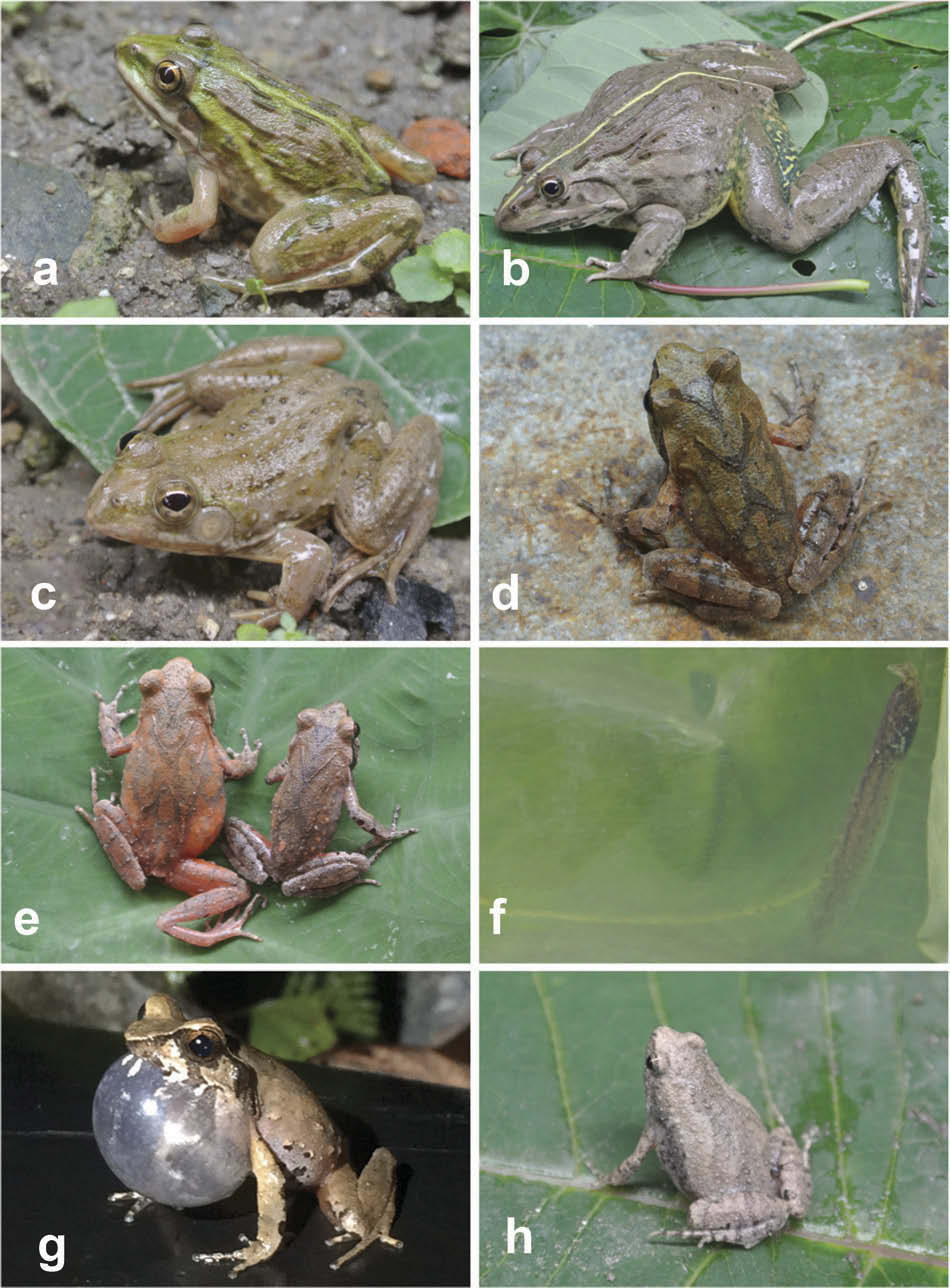