Dicraeanthus africanus   has been assessed for the IUCN Red List, globally, in 2007 as Least Concern ( Ghogue 2010b). This species was not assessed by Onana and Cheek (2011). Two localities, waterfalls, are known for this species. The extent of occurrence and the area of occupancy are both estimated at less than 10 km2. There are currently two major threats to the survival of this species at the Edea and Lobe waterfalls. First is the planned hydropower dam on the Sanaga River. Secondly the waterfalls on Lobe River is a big tourist attraction site. The dam across the river and activities (e.g., trampling) of tourists will adversely impact the habitats of the species and affect its survival. D. africanus   is currently reassessed as Critically Endangered. IUCN Red List Category: Critically Endangered CRB1+2ab (iii). 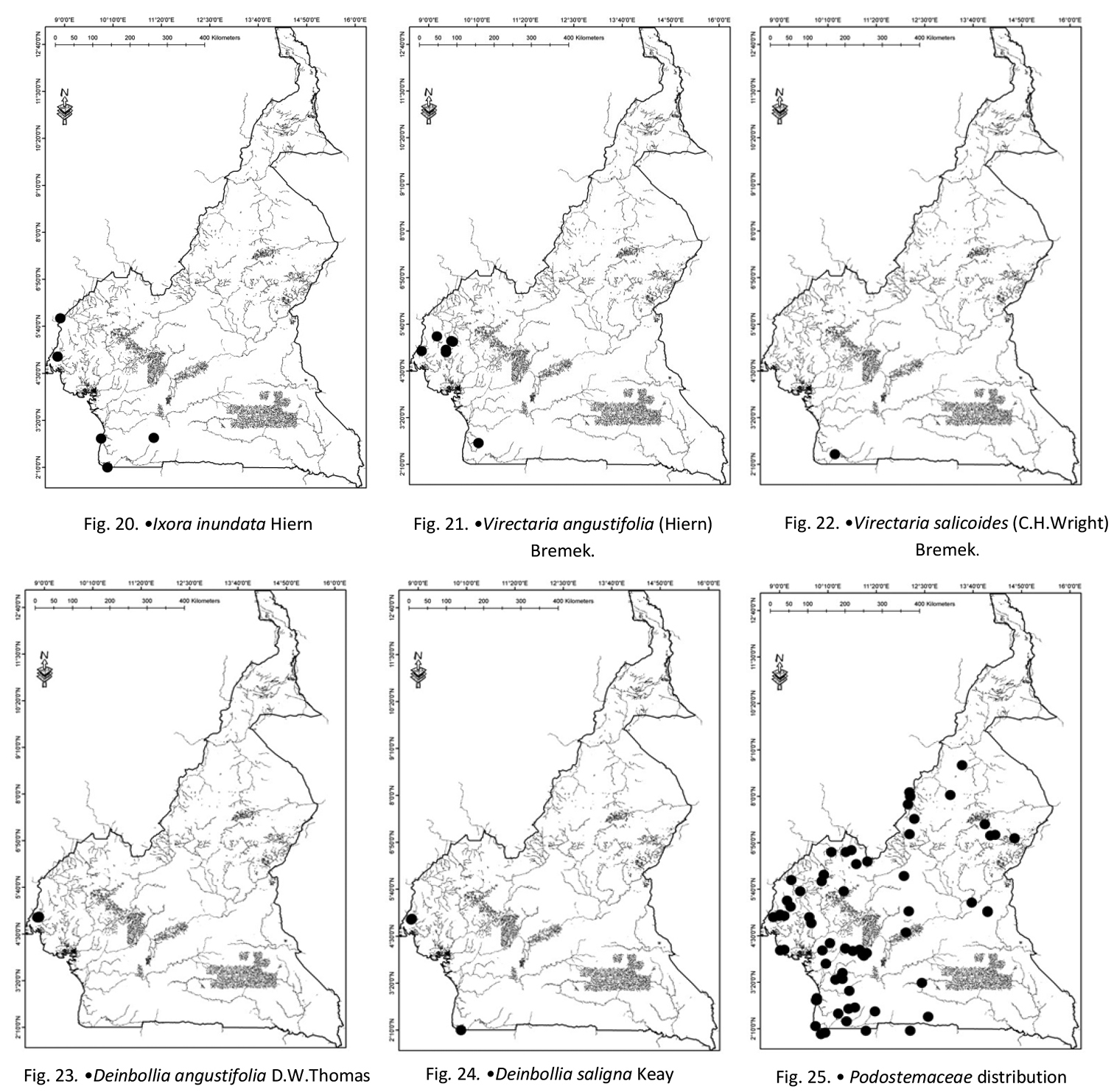