For a long time, Eomorphopus   species were described as Amorphopus   , except for E. purpurascens   , which was originally described as Acrydium purpurascens   by Olivier (1791) and is still almost unknown, without photos and with scant morphological information. Additionally, some of the available morphological information on E. purpurascens   is non-traditional, such as the description of the coloration used by Oliver (1791). Characteristics of this kind can be lost over time (e.g., wings with purplish coloration). Furthermore, the type species was not defined in the original description and the depository is unknown. The distribution is known only for Trinidad Island ( Olivier 1791). For that reason, we propose as nomen dubius this species, and Eomorphopus   only contains two valid species: E. granulosus   and E. antennatus   .

The Brazilian specimens were collected in lowland floodplains in areas of the Solimões River and non-flooding ombrophilous forests (Terra Firme). They are commonly found in litter on the ground and occasionally on trunks of fallen trees. They are usually found in the same environment with other pygmy grasshoppers, such as Scaria   ( Cadena-Castañeda et al. 2019). They are easily unnerved and usually jump when approached. 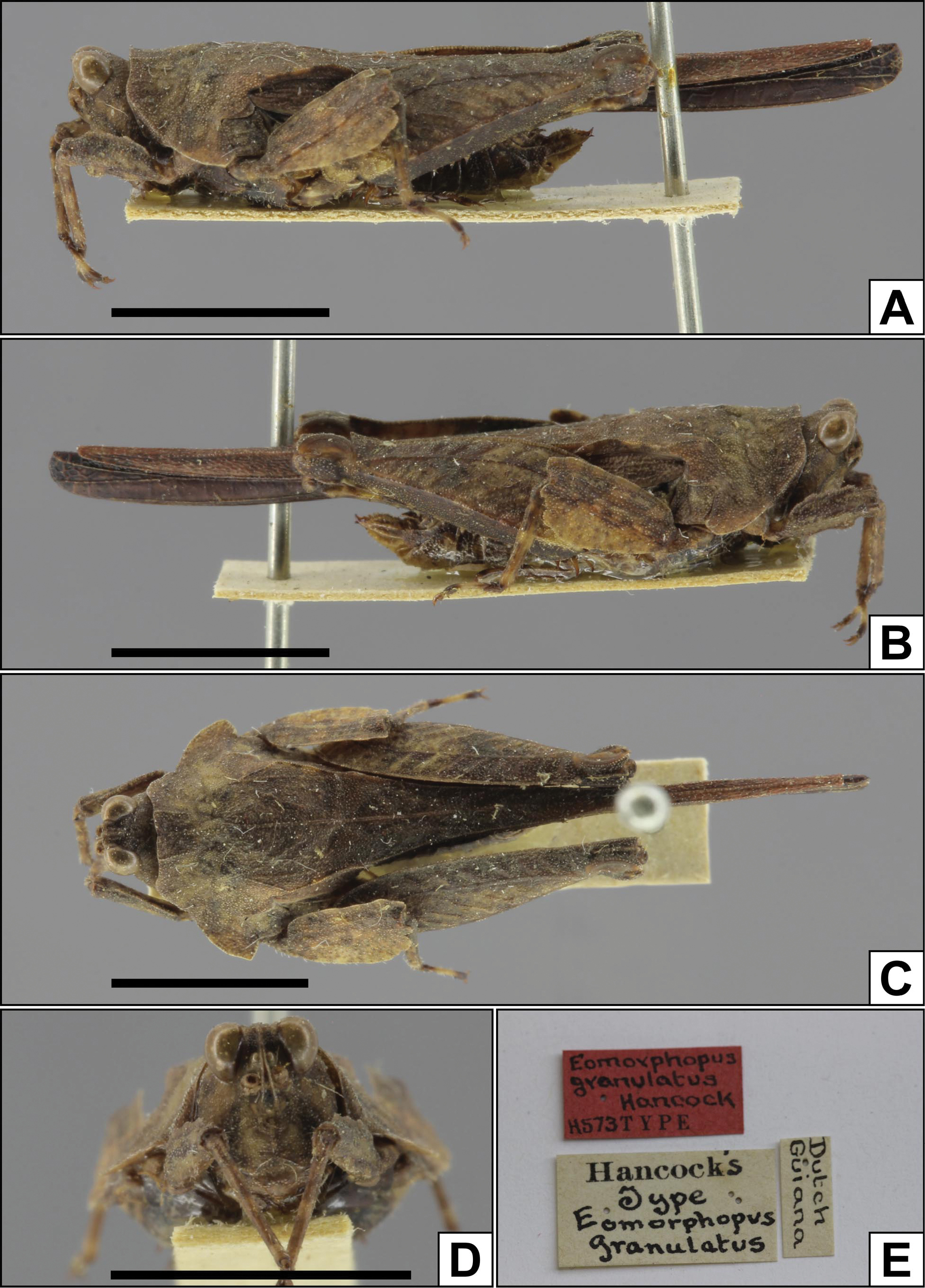 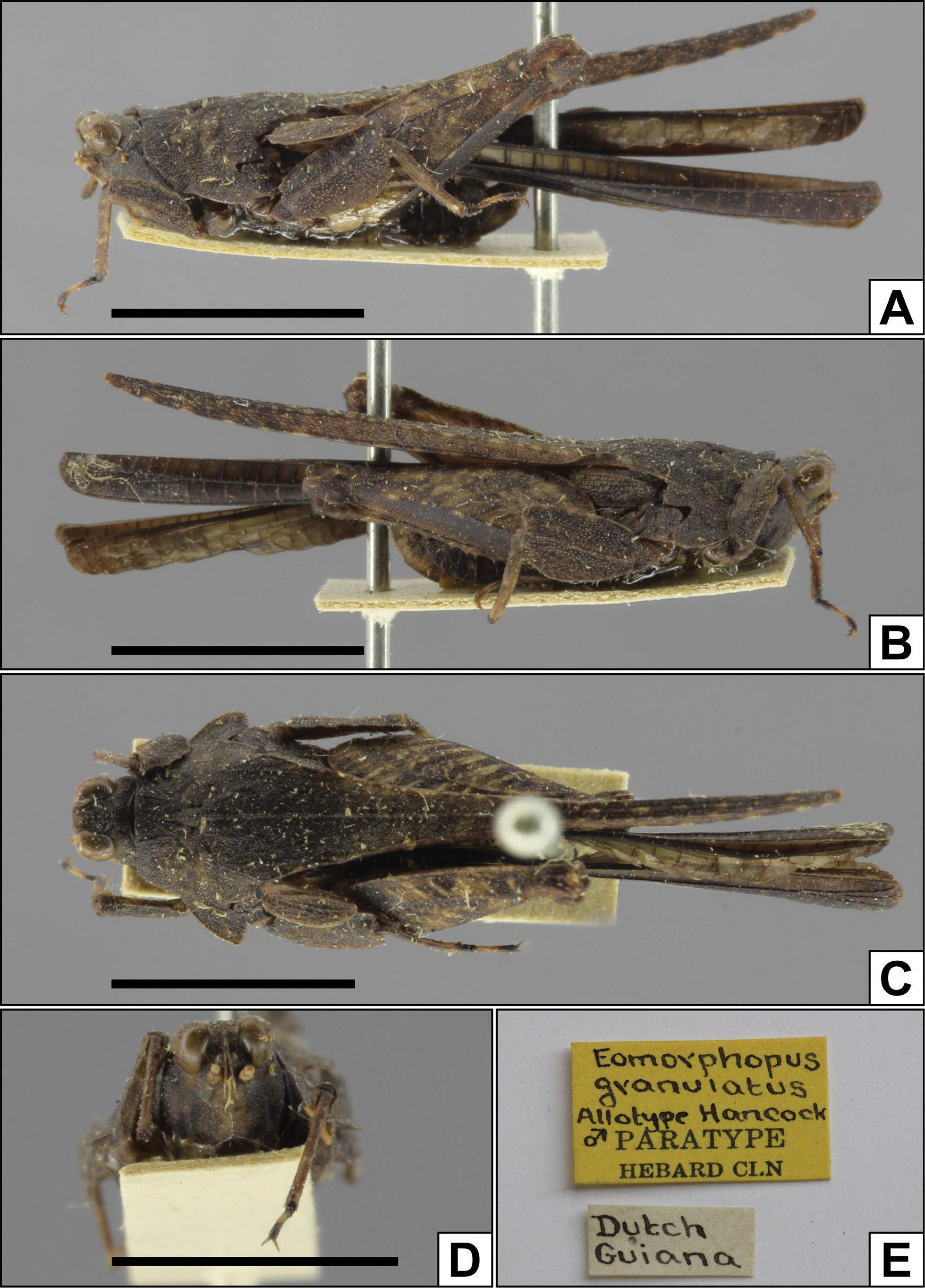 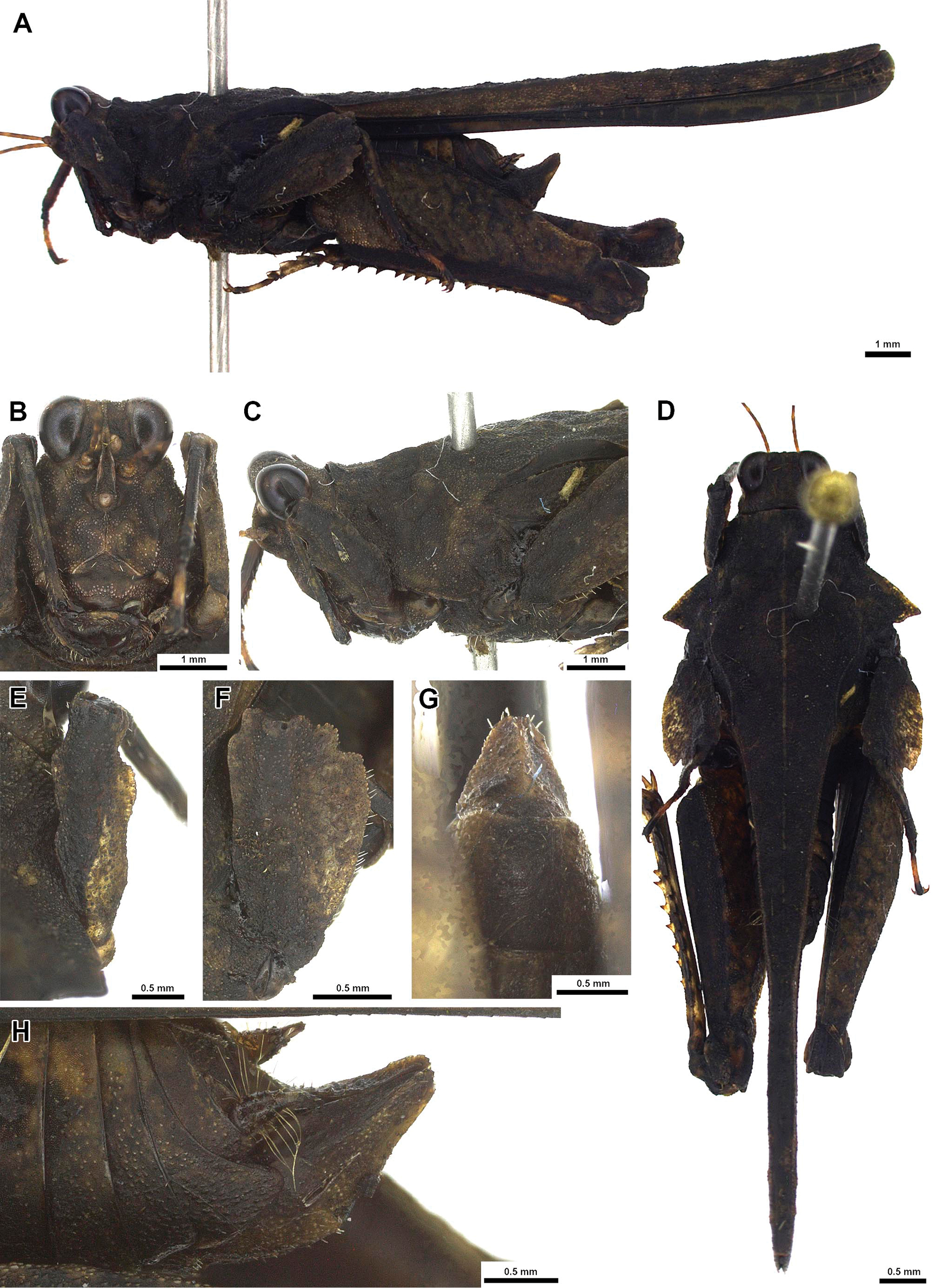 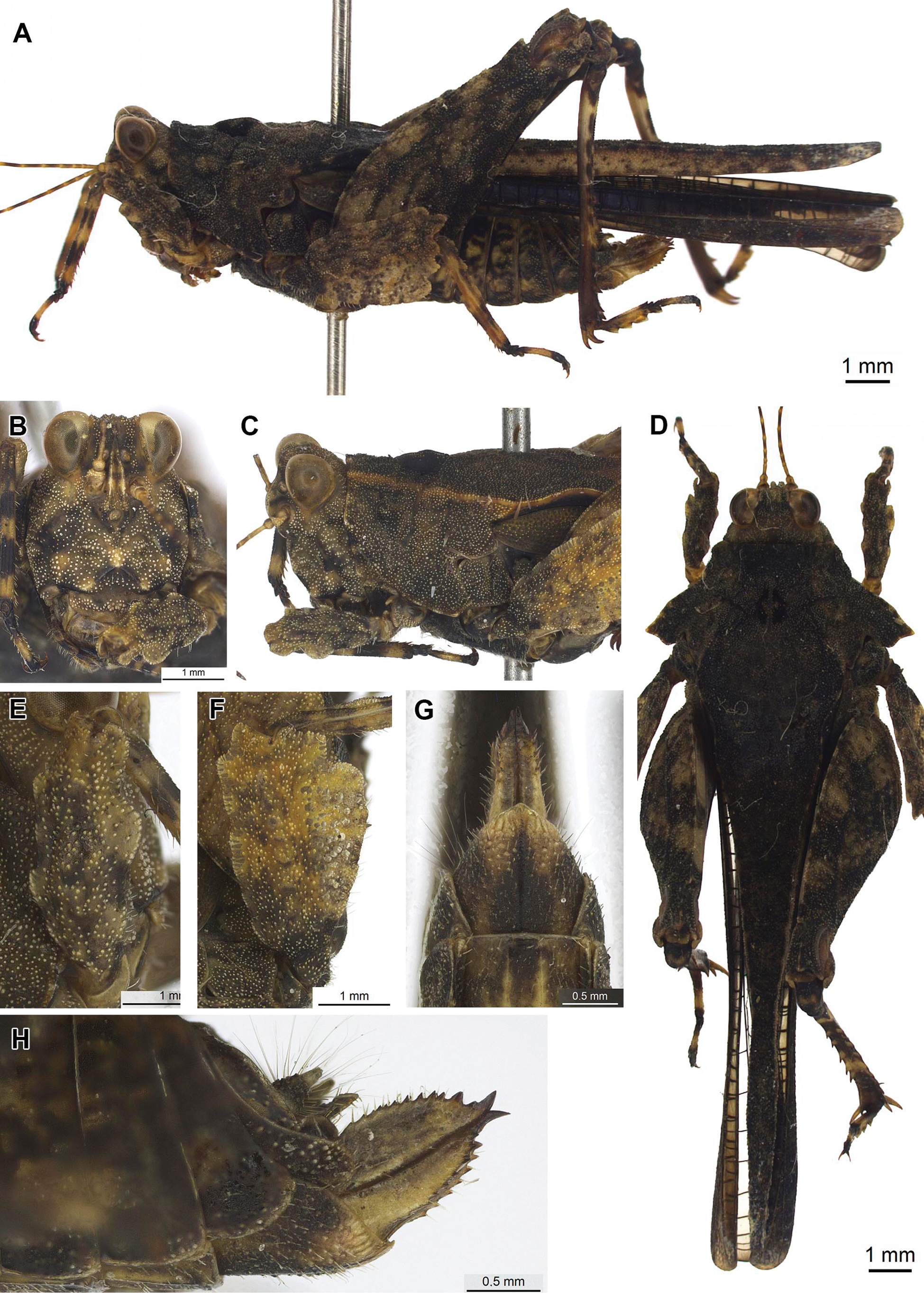 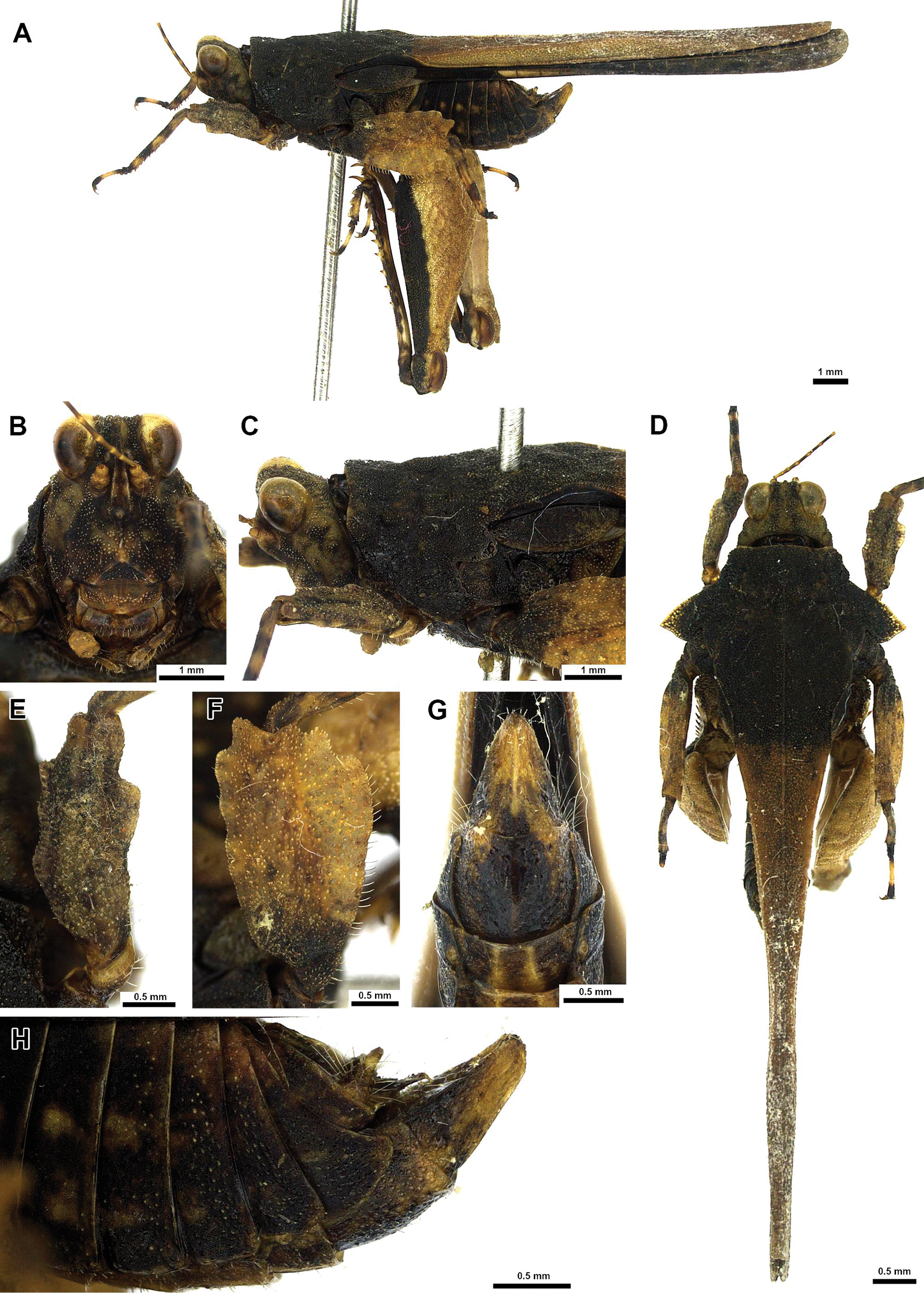