Paralaophonte zimmeri   was described by Douwe (1929) from Cette (Mediterranean Sea), while Bodin (1964) reported the species from Marseille, not far from the type locality. The species has also been reported from the Bahamas by Chappuis and Delamare Debouteville (1956). Fiers (1986) questioned the validity of that record, but Suárez-Morales et al. (2006) listed the species in their checklist of Caribbean harpacticoids. The species has also been reported from the West African coast, the Mediterranean and from the Gulf of Oman ( Fiers 1988). The material presented herein agrees with Douwe’s (1929) description especially in the length: width ratio of the caudal rami ( Figures 15A, B View Figure 15 , 16A View Figure 16 ), number of segments of the female antennule ( Figure 17A View Figure 17 ) and general shape and armature formula of the female P5 ( Figure 16C View Figure 16 ). However, the female antennule of P. zimmeri   as described by Douwe (1929) possesses an acute projection on the second segment. Wells and Rao (1987) observed a wide range of variability in the female antennule, and it is suggested to provisionally attribute the Mexican material to P. zimmeri   until the variability of the species is assessed and the male from the Mexican population is described. 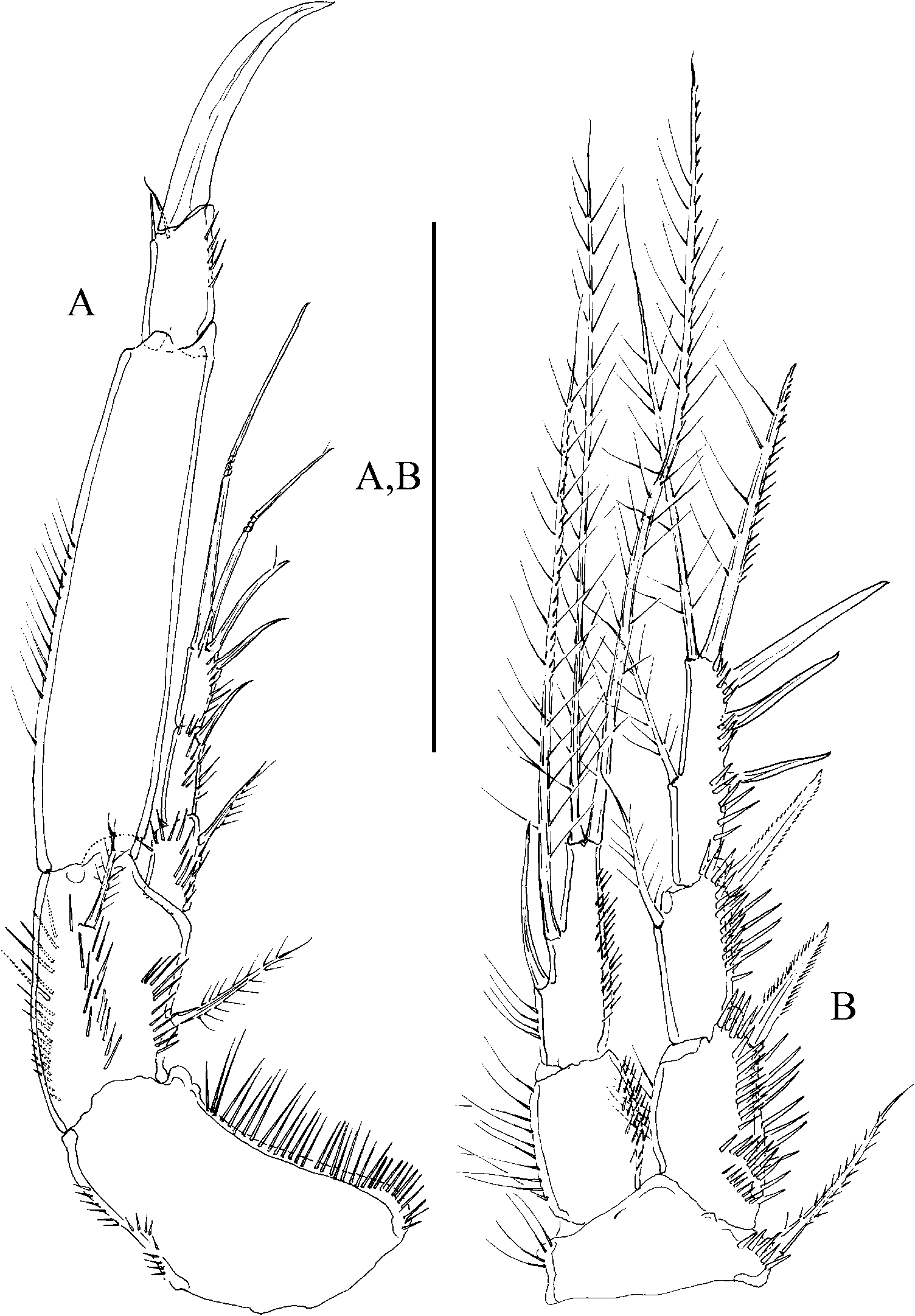