Description. Hydrothecae alternate, more or less in one plane, in a distinct zigzag pattern. Hydrotheca tubular, free part roughly cylindrical, although diameter might slightly decrease from aperture in some hydrothecae; diameter distinctly decreasing basally at adnate part. Hydrotheca curved outwards, sometimes with distinct inflection point where it becomes free. Hydrotheca adnate to internode for half, or even more, of its adcauline length. Adcauline wall slightly convex, sometimes almost straight at free and adnate parts. Abcauline wall slightly concave by the middle, practically straight at basal and distal third. A ring of desmocytes present at base of hydrotheca. Hydrothecal aperture circular, directed upwards and outwards. Rim even, with up to four renovations.

Remarks. Our material agrees with the holotype in having internodes in a distinct zigzag, in the shape and size of hydrotheca and in the size of the nematocysts.

The available knowledge of this species is limited, as it is based on a 20-mm-long stem fragment (holotype) (cf. Peña Cantero et al. 2007), a 12-mm-long, unbranched fragment, studied by Peña Cantero & Vervoort (2010), and two up to 18-mm-long fragments (present material). All the material is preserved in slides, which makes it difficult tracing and measuring nematocysts. As a result, the information concerning this issue is scarce and should be taken with caution. Peña Cantero et al. (2007) found three putative nematocysts after careful examination of the type material (10–15 x 3–5 µm), Peña Cantero & Vervoort (2010) found four slightly larger nematocysts (16–19 x 8–9 µm) and I could find five (12.5–17.5 x 5–7.5 µm). The combination of size and shape of hydrotheca, together with the size of the nematocysts, allows me to assign the present material with confidence. 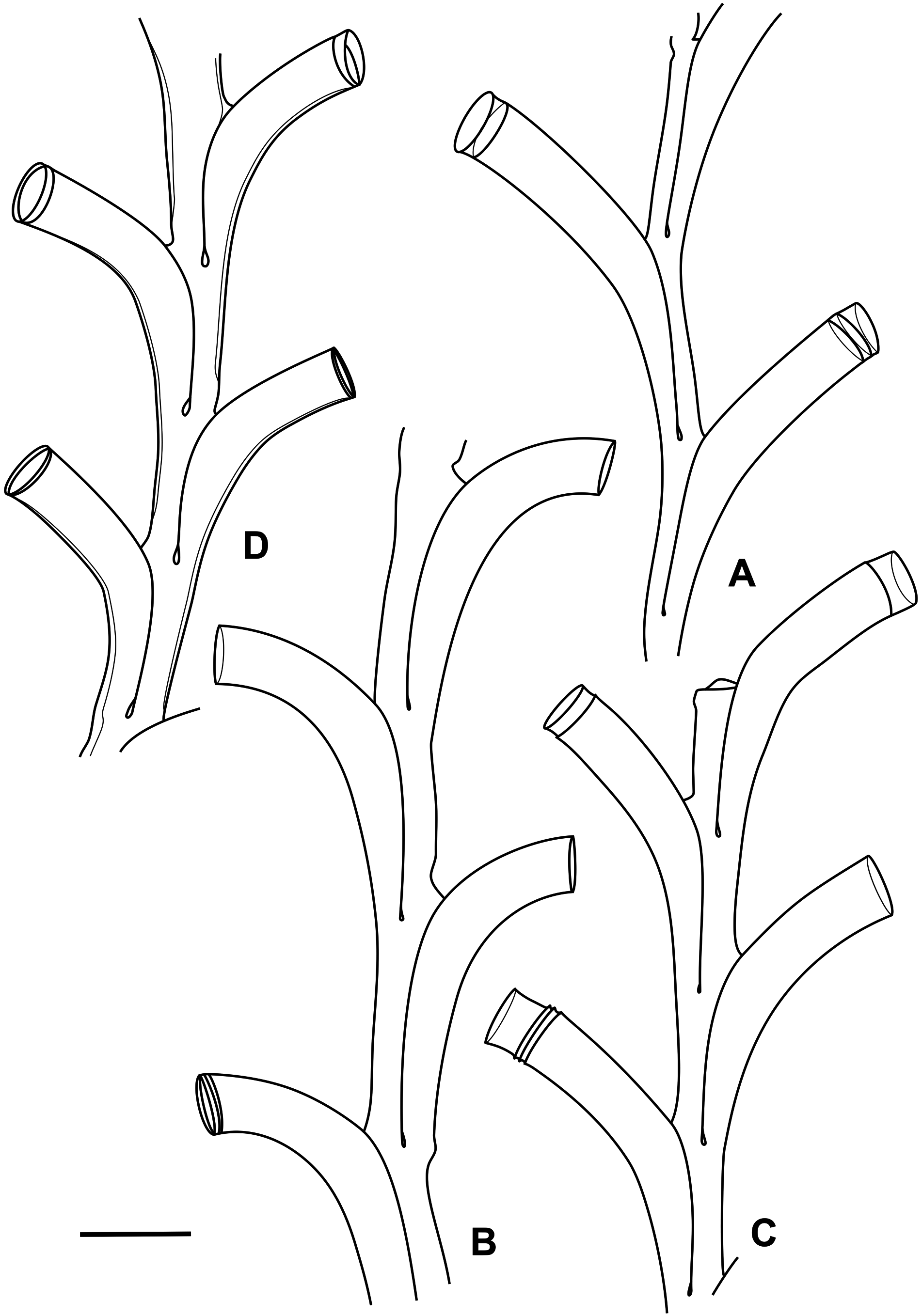