Leaf mine. ( Fig. 48 View FIGURES 46–56 ) Narrow, entirely linear; greenish, with the dark brown frass partly in minute scattered grains and partly in fine strips along the sides. The larva exits the upper-surface mine through a crescent-shaped slit in the lower epidermis. Mines are inconspicuous until they are vacated and turn whitish.

Comments. Liriomyza phloxiphaga   can be differentiated from many congeners by having a glossy notum with four rows of acrostichal setulae, a clypeus that is glossy and upcurved anteriorly, a strong dark spot in the posterolateral corner of the frons to the level of the inner vertical that extends anteriorly as a thin line along the eye to the level of the ori that is accompanied by some very faint additional brown mottling medially on the orbital plate, a yellow anepisternum with a large anteroventral spot, a katepisternum that is only yellow dorsally above the level of the seta, a dark distal line at the apex of the mid and hind femora, and ventrally yellow tibiae.

Similar to other members of the Liriomyza taraxaci   group of species to which it belongs, the surstylus is more darkly pigmented, the posteroventral spine on the epandrium is produced, the inner-distal margin of the epandrium has a dark bar with a posterior spine, the paraphallus is reduced (here perhaps fused to the lateral margin of the enlarged hypophallus), the mesophallus is dark and cylindrical and the distiphallus is small and cup-shaped. Unlike other group members, however, L. phloxiphaga   has a much broader and more sclerotized hypophallus with a larger, darker flagellate process, the mesophallus is three times longer than wide with the basal 2/3 slightly compressed laterally, there is a strong dorsal plate connecting the mesophallus and distiphallus, and the distiphallus is unique. The key in Lonsdale (2017) will identify L. phloxiphaga   as one member of this species group— L. lathryi   Sehgal—although the terminal couplet does not match precisely.

No species of Phlox   is native to New England (where the holotype of L. phloxiphaga   was reared) with the exception of P. pilosa   L., which is found only in southern Connecticut ( Haines 2011). Phlox paniculata   is a common garden plant north into eastern Canada, and its cultivation has presumably allowed this fly to expand its range. We have found likely mines of L. phloxiphaga   on P. paniculata   in Tennessee, and mines on P. divaricata   (often with the frass in more distinct strips than is typical on P. paniculata   ) in Kansas, Missouri, and Ohio. With the possible exception of L. sativae Blanchard   , which Spencer (1990) stated has “colonized” Phlox   in Arkansas, this is the first rearing of any agromyzid from Polemoniaceae   in North America. Two other polyphagous species that occur on this continent, L. huidobrensis (Blanchard)   and L. trifolii (Burgess)   , are recorded from Phlox   elsewhere. 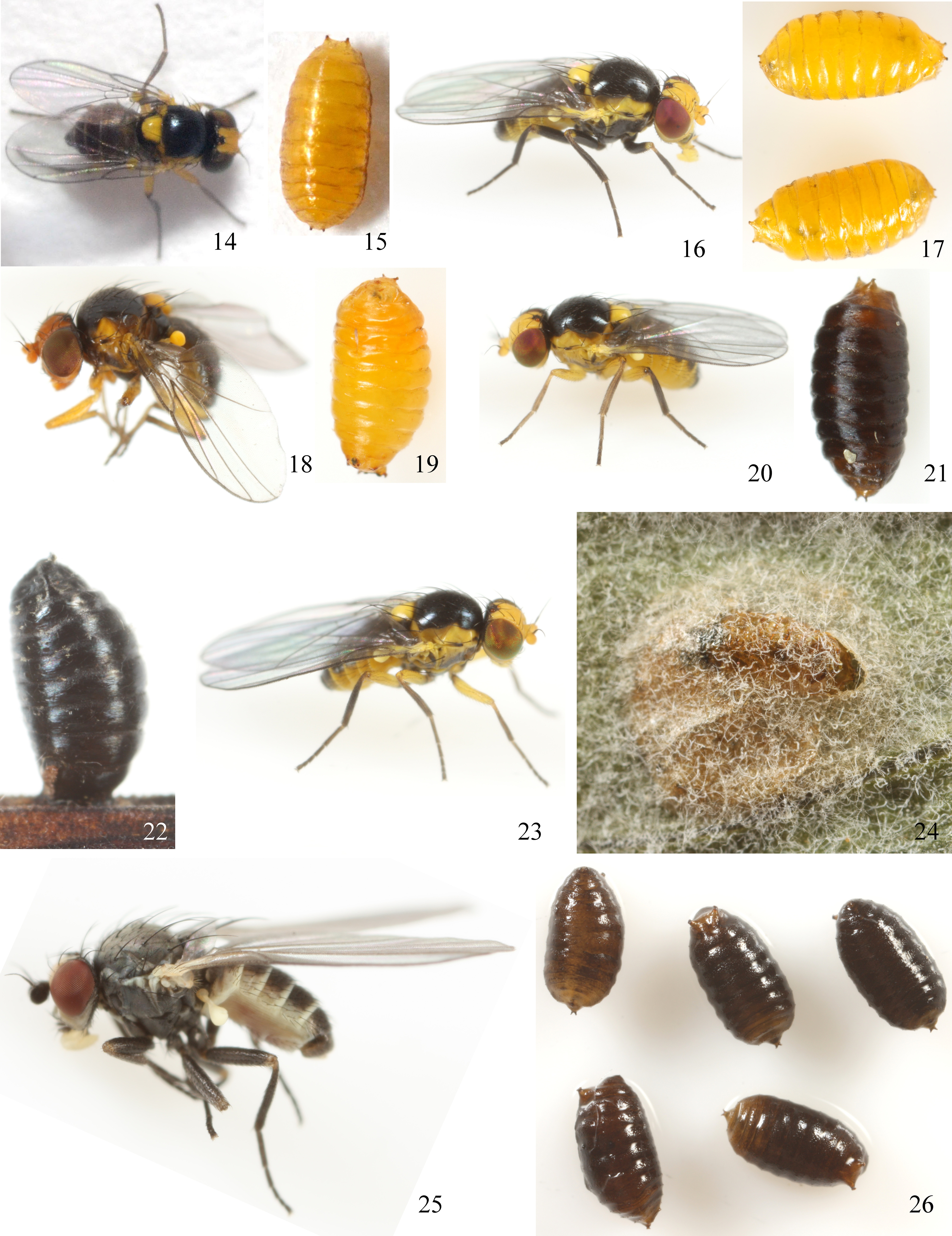 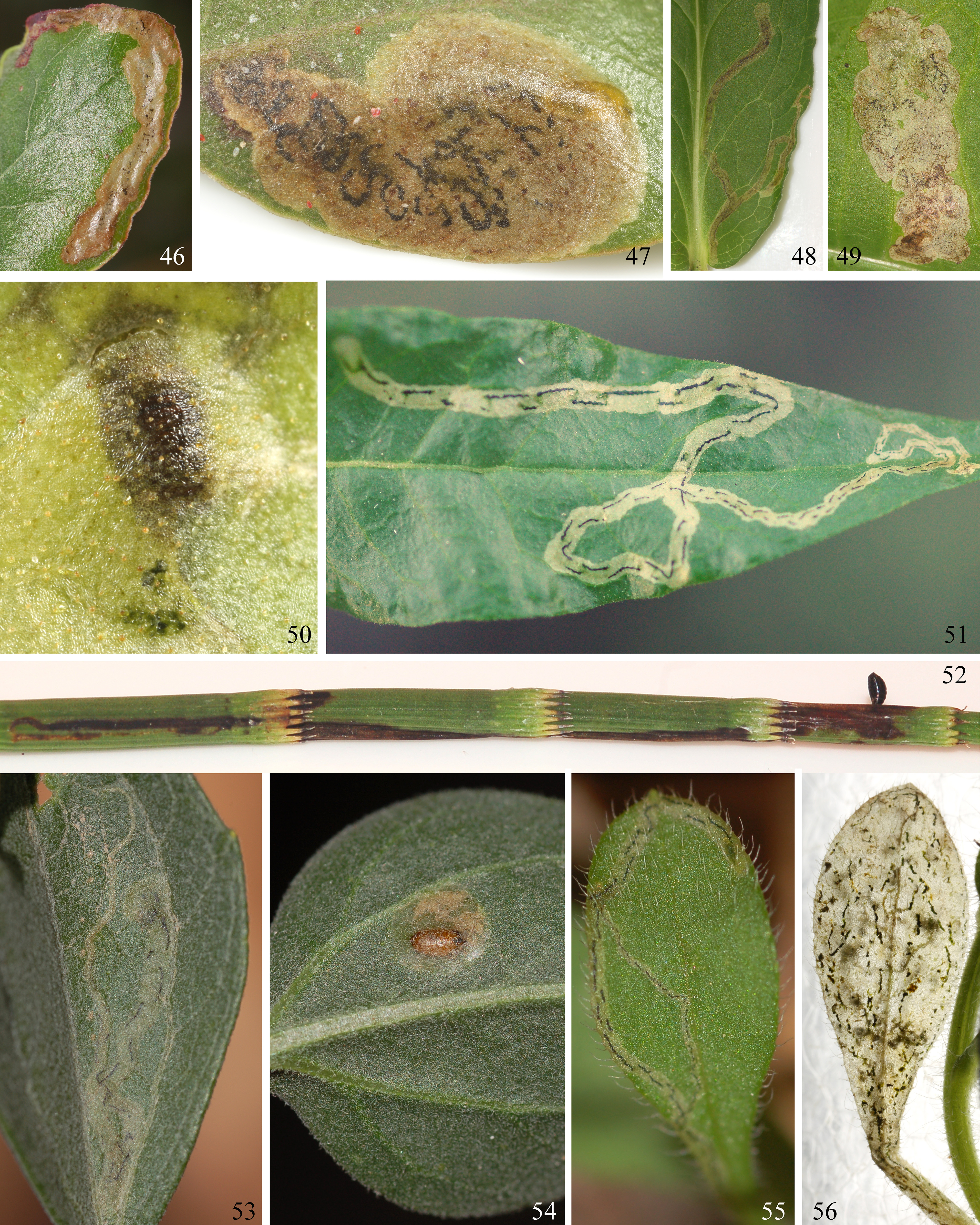 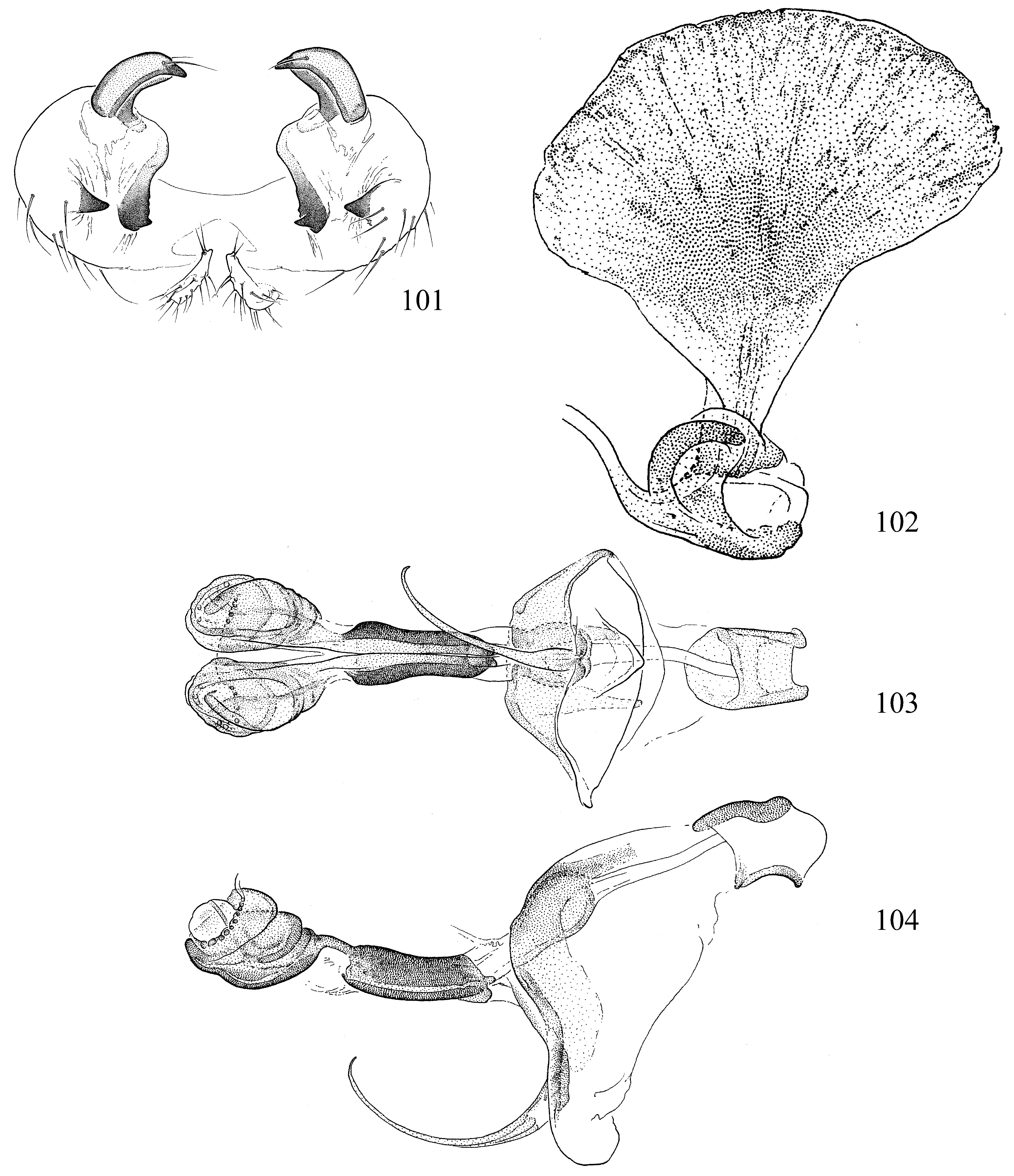