Sculpture. Elytron with punctation as described in N. josiahi   , but denser overall and less restricted to posterior half, with punctures along lateral margin and puncture rows more widely distributed and denser.

The most notable variation was in size and color, with some specimens darker overall than others, with the yellow bands sometimes smaller.

Notomicrus interstinctus   is easily distinguished by the combination of large eyes and elytral color pattern, darkened in anterior and posterior thirds with a yellow transverse band. This color pattern is unique among known species of Notomicrus   . This species is also unusual in that it is one of the few known species (along with N. brevicornis   , N. josiahi   and members of the Notomicrus tenellus   group), with males that present bifurcated anterior protarsal claws. The aedeagus, color pattern and more subtly the denser punctation, easily differentiates this species from N. josiahi   . The aedeagus of N. interstinctus   is similar to that of the N. traili   group with the median lobe attenuated and the apex enlarged and bent in a left-dorsal direction, but other external characters, such as the color pattern, tarsal claws and large eyes, readily distinguish this species from the Notomicrus traili   group. The elytral punctuation is somewhat similar to that of some members of the N. meizon   group, being somewhat densely punctate posteriorly, with punctures fine, but the aforementioned combination of characters will differentiate N. interstinctus   from these species as well.

The species seems to be a generalist in terms of habitat, but seems to prefer vegetated environments. It was collected from a very shallow open marshy area (Fig. 11c View Figure 11 ) in the Brazilian state of Amapá and the vegetated margins of a river in Amazonas (Fig. 11b View Figure 11 ).

Notomicrus interstinctus   appears very similar to specimens misidentified as N. traili   Sharp, 1882 by Guimarães and Ferreira-Jr (2019). This was due to the similarities of the size, punctation and shape of the aedeagus. The records from this work would potentially add to the distribution above, as most appear to be from the same regions of the Amazon Basin as the Amazonas specimens. Verification will be needed to confirm these individual records and these are not formally attributed to N. interstinctus   here. Observations of the lone female syntype of N. traili   ( NHM) indicate that the species is as described by Young (1978), with males attributable to N. traili   , appearing as in Fig. 2 View Figure 2 , with the head and elytra brown, without a pattern. 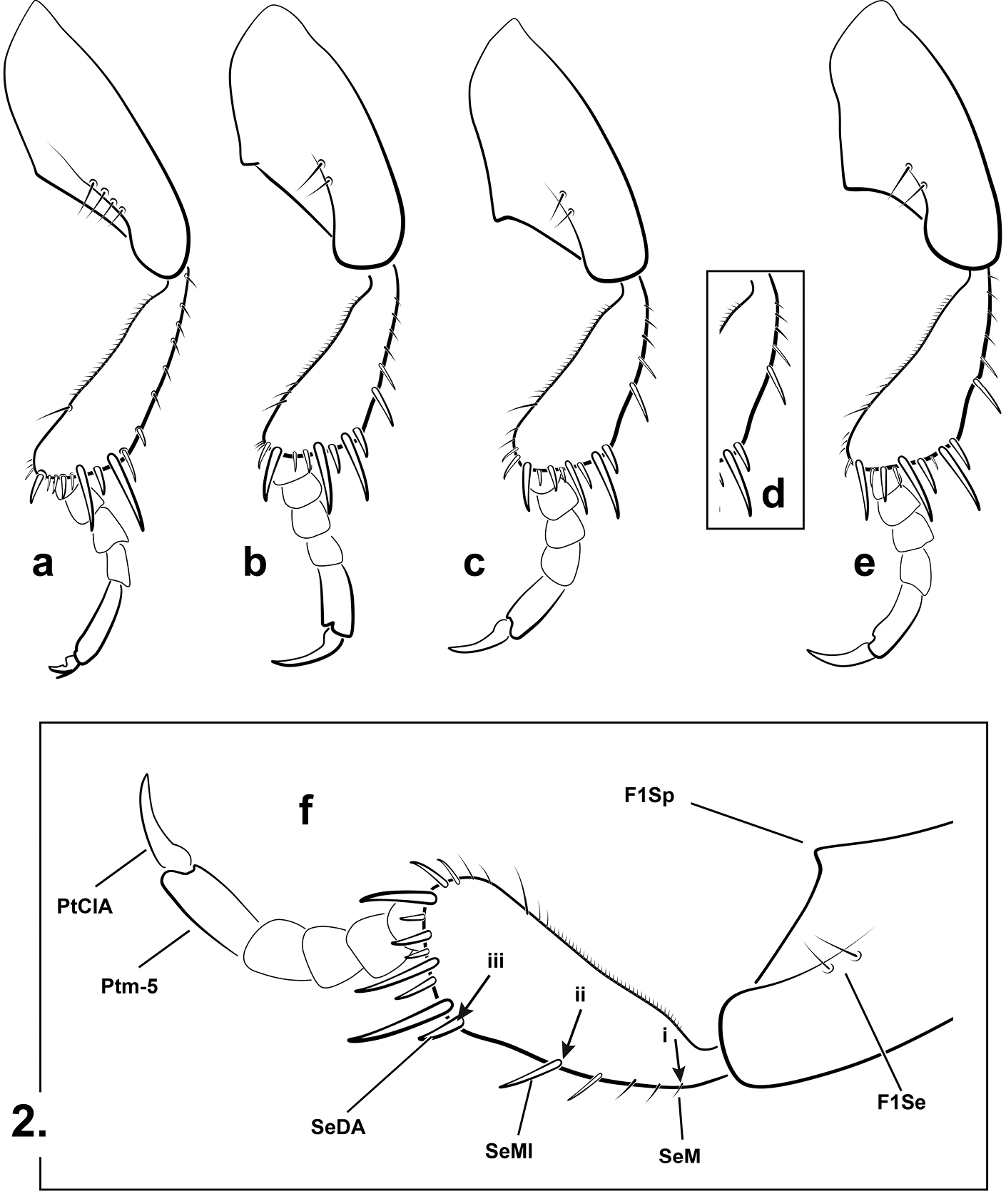 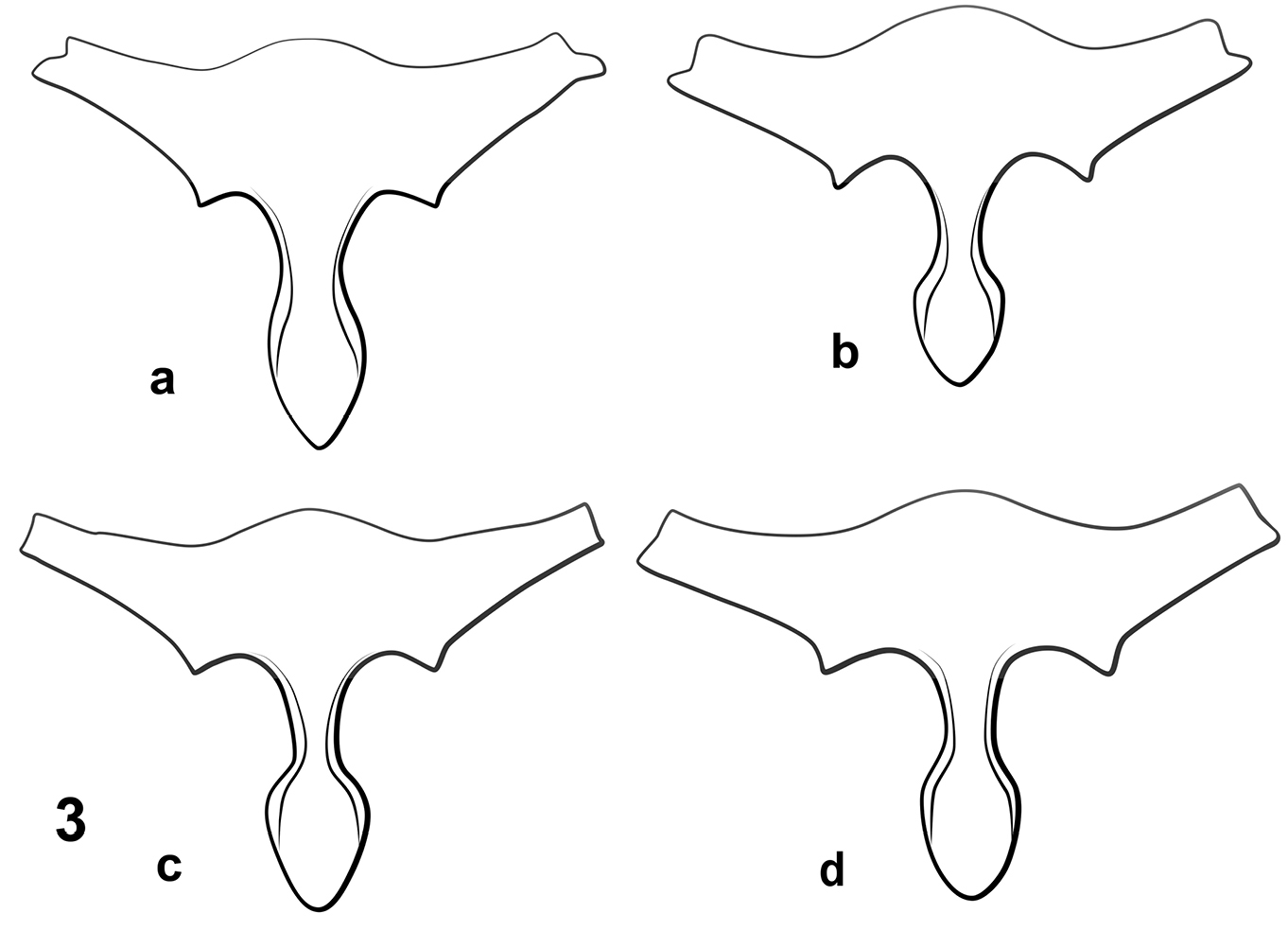 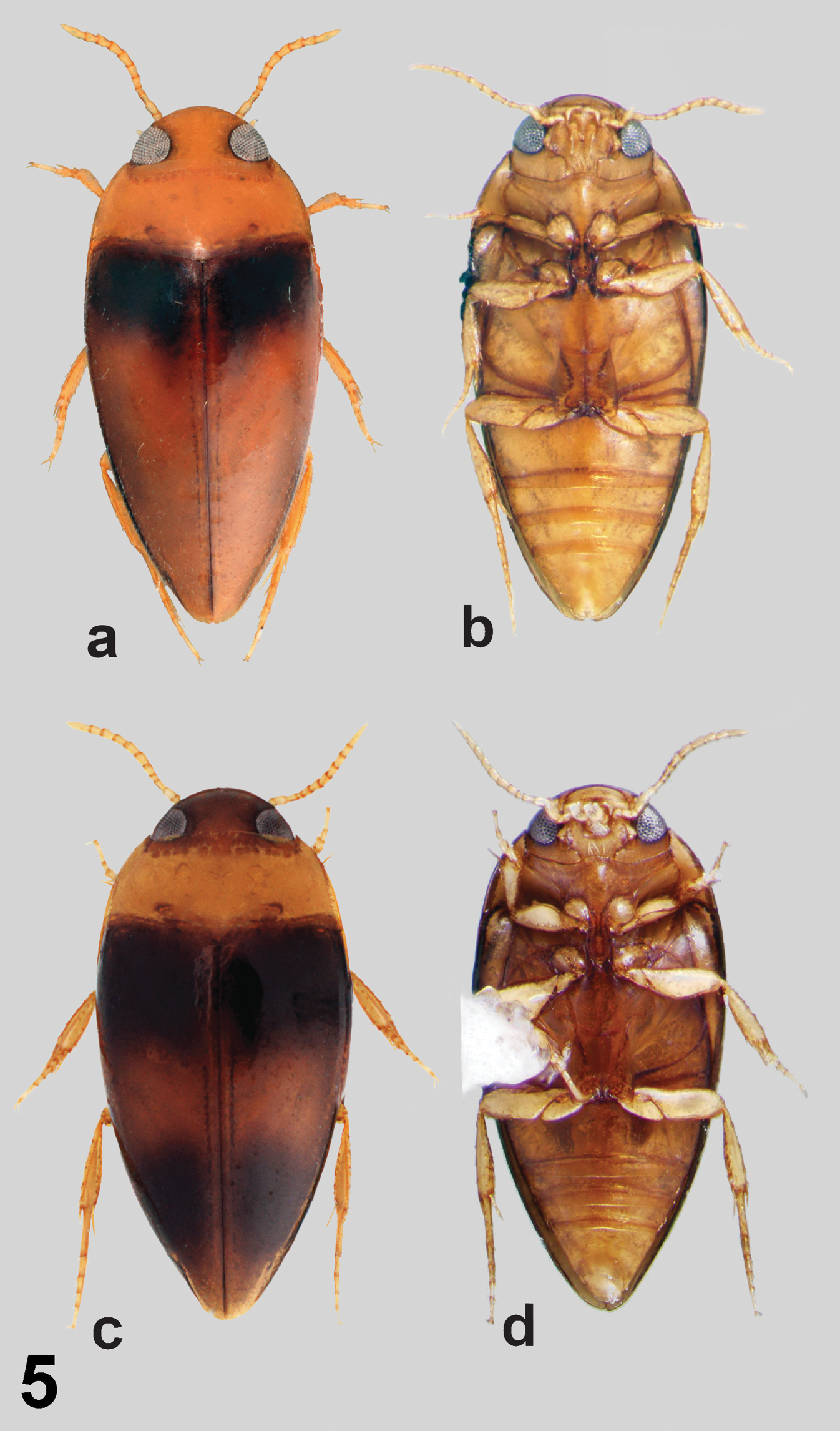 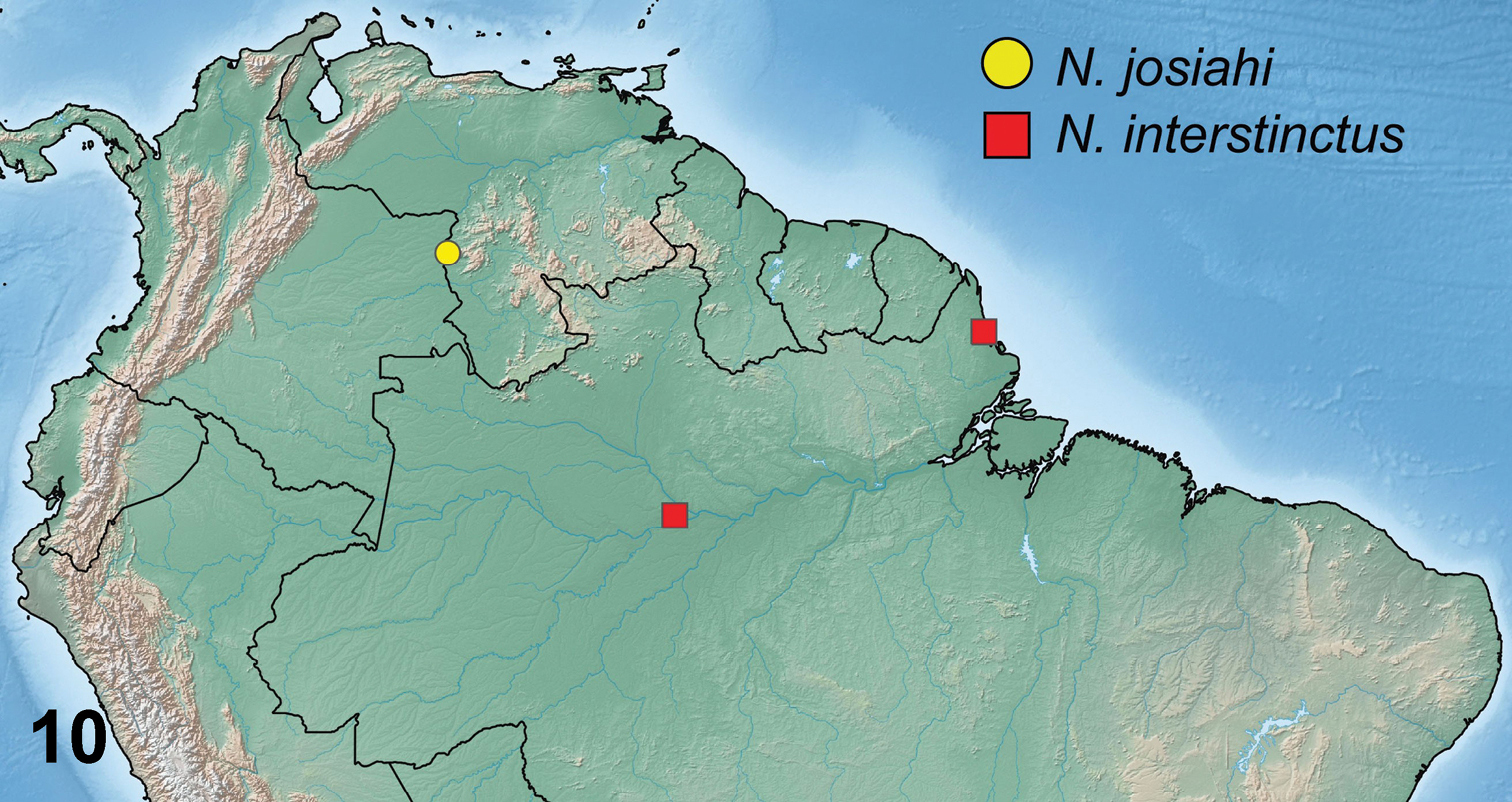 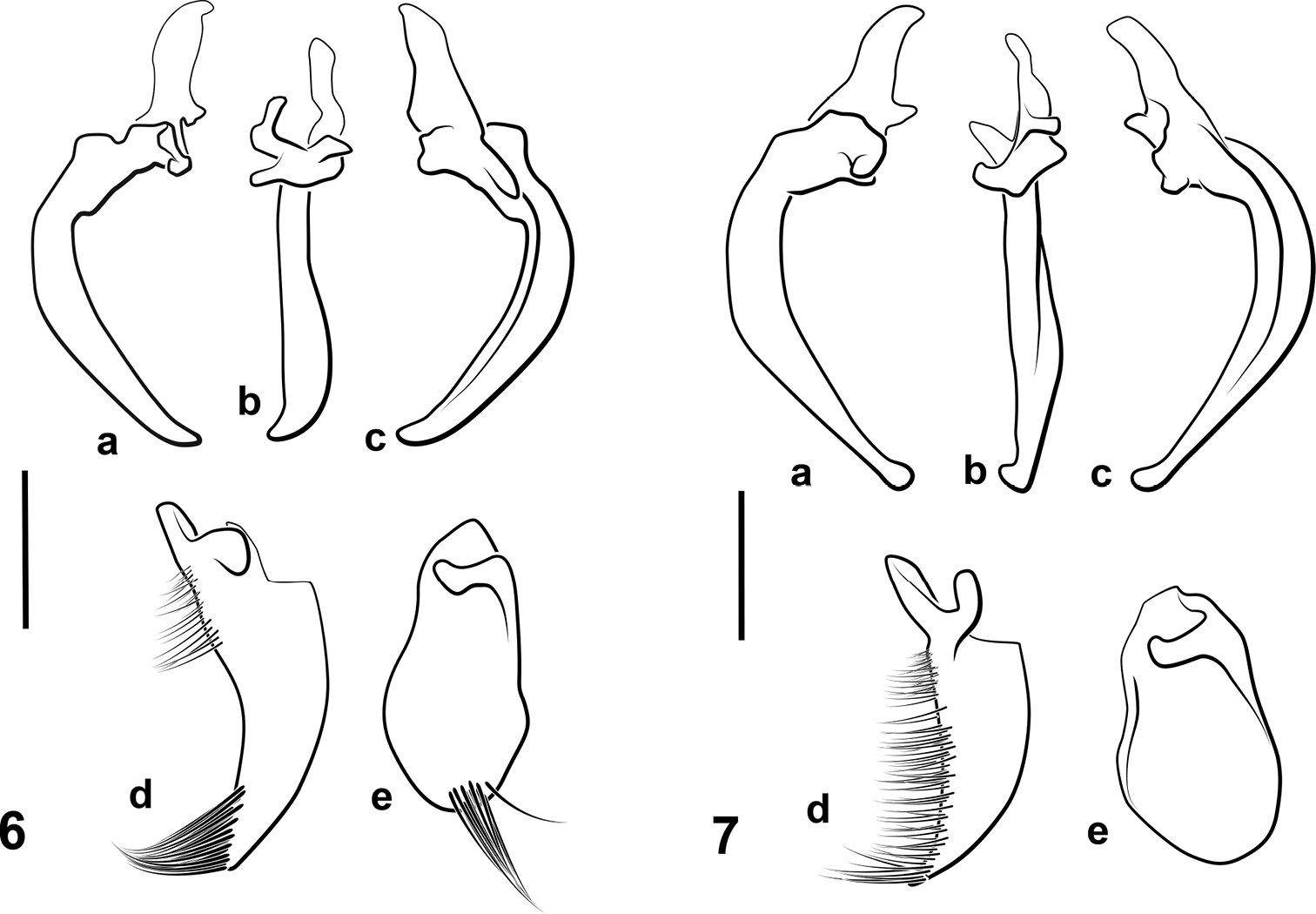 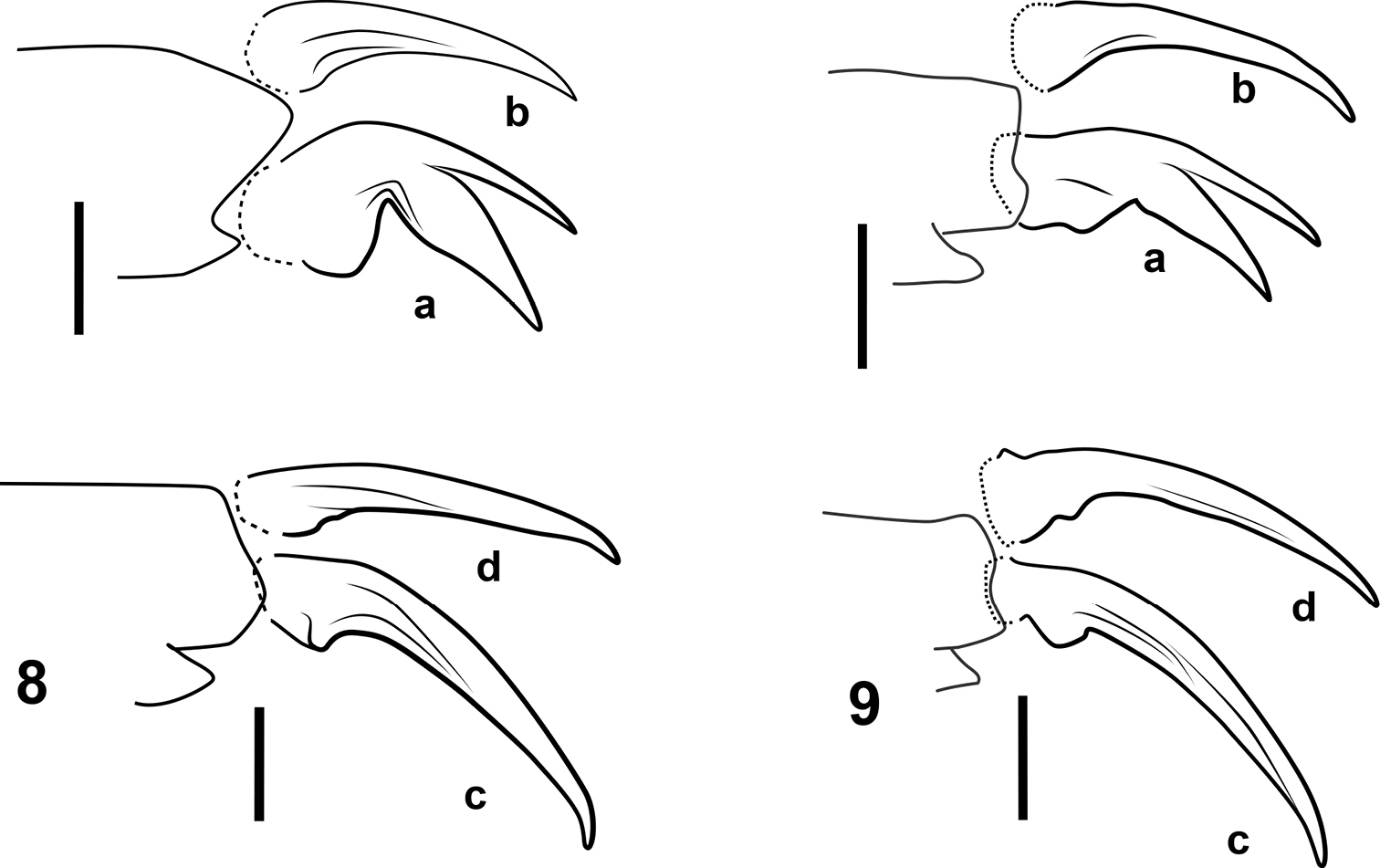