Rocky beds of swift-flowing streams and rivers, or wet shrubby and bushy bank of rivers and streams; in rainforest.

Anubias barteri   is listed on http://www.iucnredlist.org as Least Concern (LC) in central Africa in 2007 by Ghogue (2010a). The species was not assessed by Onana and Cheek (2011). The taxon is currently known from 16 localities. The extent of occurrence of A. barteri   is about 7,600 km2 and has an area of occupancy of about 64 km2. The habitat is mainly threatened by urban development, road constructions and hydroelectric dams already built or at project stage. Despite the threats, and the fact that the habitats are under pressure, the species does not appear to qualify as threatened under the IUCN red list criterion ( IUCN 2017). Though human pressure is expected to increase the loss of habitat and reduce area of occupancy and extent of occurrence (EOO), it is not expected that this will be significant. It is possible that the EOO was underestimated because only specimens with geographical coordinates were used to estimate the EOO. Based on these observations, A. barteri   is assessed here as Near Threatened. IUCN Red List Category: Near Threatened (NT). 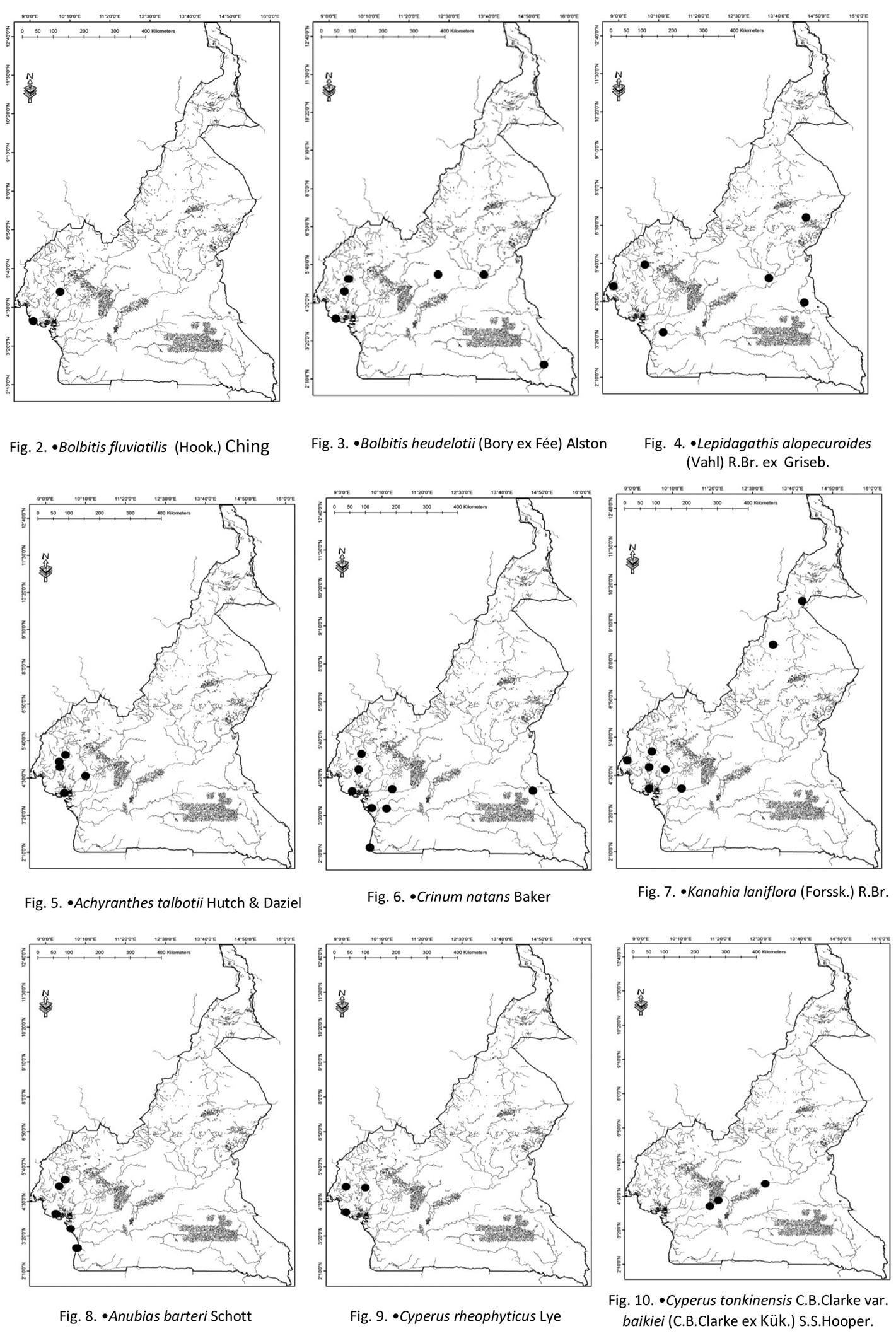