Known only from Florida, this is one of the species that lacks transverse striae medially on the pronotum. Johansen (1987) placed cassiae   in his “ Group Obesus ” and thus distinguished it from mali   on the basis of the claimed differences in the shape of the tube discussed and illustrated above. Almost no structural difference has been detected between specimens identified as cassiae   from Southeastern USA, and specimens identified as oribates   from Southwestern USA. These two species have the mesonotal transverse striae ( Fig. 1 View FIGURES 1 – 6 ) more widely spaced than in mali   . However, a single female (in ERMR) from Venezuela has been studied that has the mesonotum closely striate but otherwise shares the character states of cassiae   . 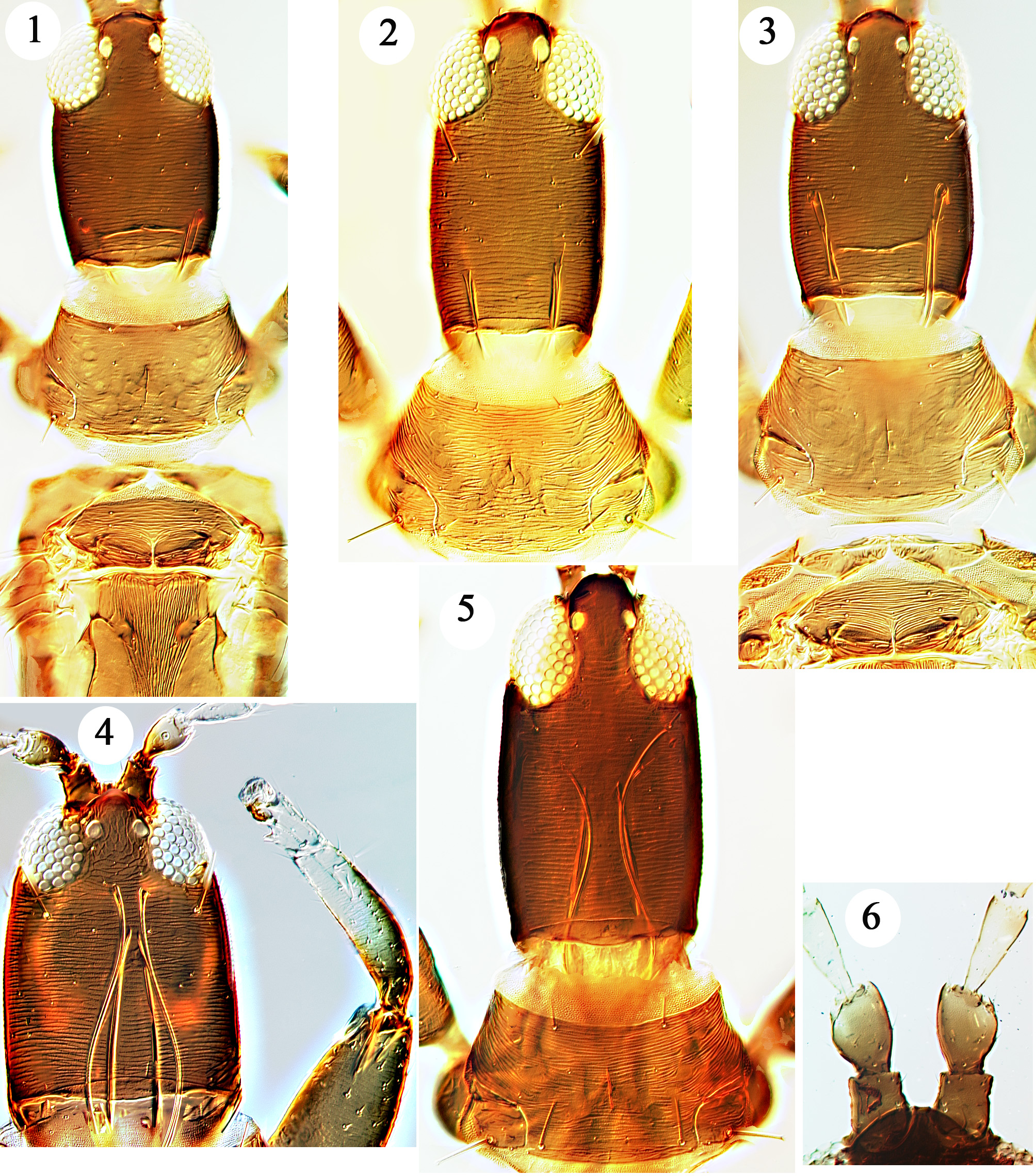