This species, known as Ethiopian banana, is cultivated as staple food in parts of East Africa. In addition, it is grown as an ornamental, also in the Canary Islands. In the Anaga Mountains in Tenerife, it is locally planted in roadsides near urbanisations. In 2017, a single individual was observed in an impenetrable thicket, composed of native low shrubs (Fig. 4 View Figure 4 ). It is unknown whether this plant refers to a former plantation or germinated from seed.

In New Zealand, Ensete ventricosum is known to have naturalised in comparable climatological circumstances ( Gardner and de Lange 1996). 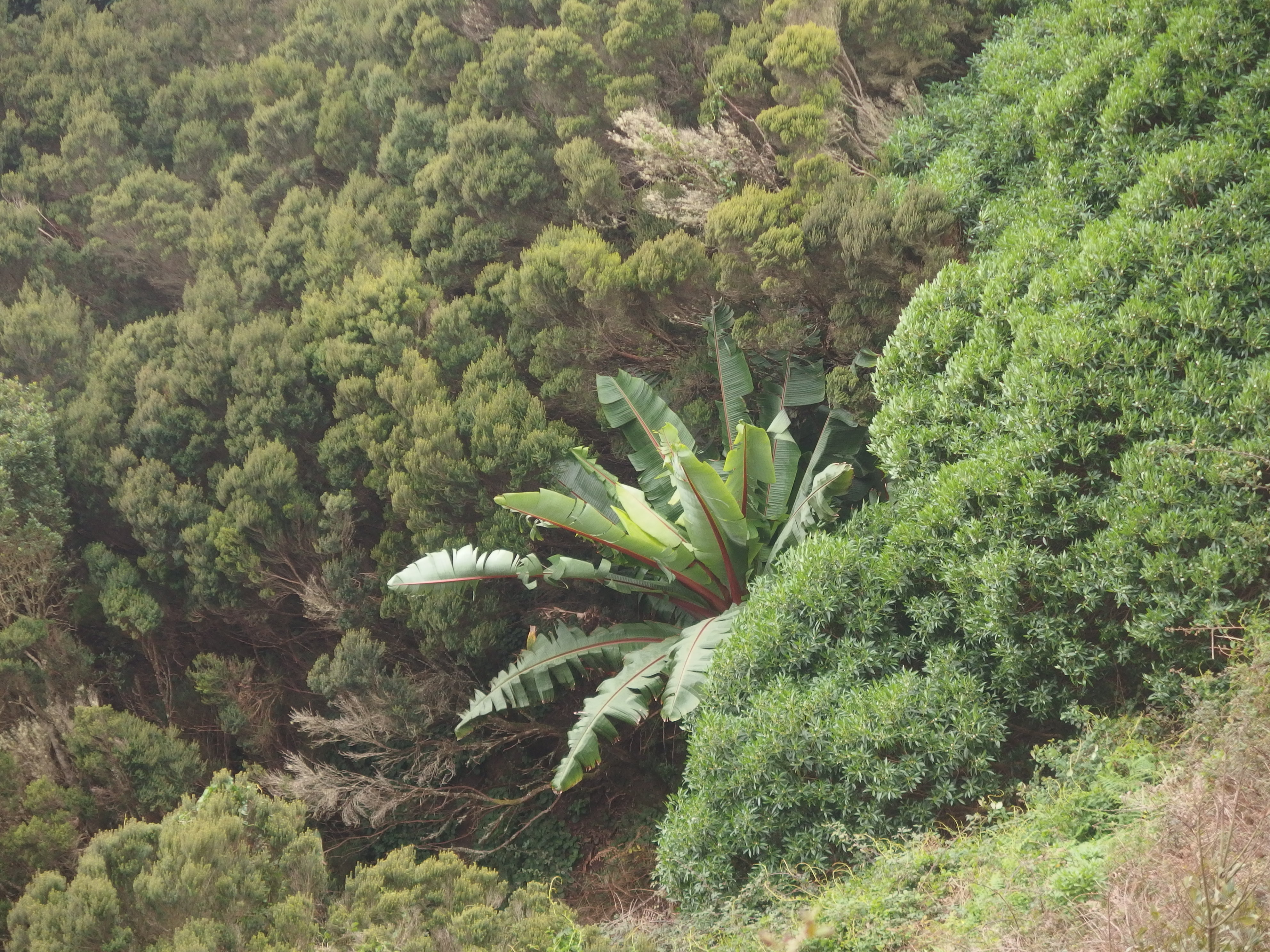