Dorsal color pale yellow except head with brown clypeus and black above the eyes; pronotum with a black macula on the posterior margin and two large convergent subtriangular spots at center; scutellar shield black; each elytron with five black marks: a vitta on the elytral suture extending laterally in the second half of the elytron, an oval spot at the humeral callus, an elongated spot parallel to the sutural margin in the basal half of the elytron, an oval spot at middle and a small spot on the lateral margin in the apical half of the elytron (Fig. 12 View Figures 9–12 ). Ventral surface brown. Protibial tooth small.

The material was identified using the descriptions and tables of Gorham. The species was described by Gorham as Coccinella pantherina , but the name was preoccupied by a junior synonym of Adalia bipunctata (Linnaeus, 1758) and a junior synonym of Adalia decempunctata (DeGeer, 1773). Weise (1903) noticed the homonymy and created the name Coccinella gorhami for the species.

Although Gorham placed the species as a member of the genus Coccinella , he compared it with the species B. lepida , thus indicating the small size of the species. In the last century, several species originally described as Coccinella have been revised and assigned to other genera such as Mulsantina and Cycloneda , but there are still several species which need revision. The specimen examined corresponded to the description and figures of Gorham (1892), but the presence of eye emarginated by the eye canthus, the lack of large abdominal primary pores between fourth and fifth ventrites and the presence of a small tibial tooth identified the species as a member of Brachiacantha . The dorsal coloration is unique among Brachiacantha species but is similar to those of other genera like Dilatitibialis , Serratitibia , and Cyrea . A revision of the original material may be needed to confirm the taxonomic changes. 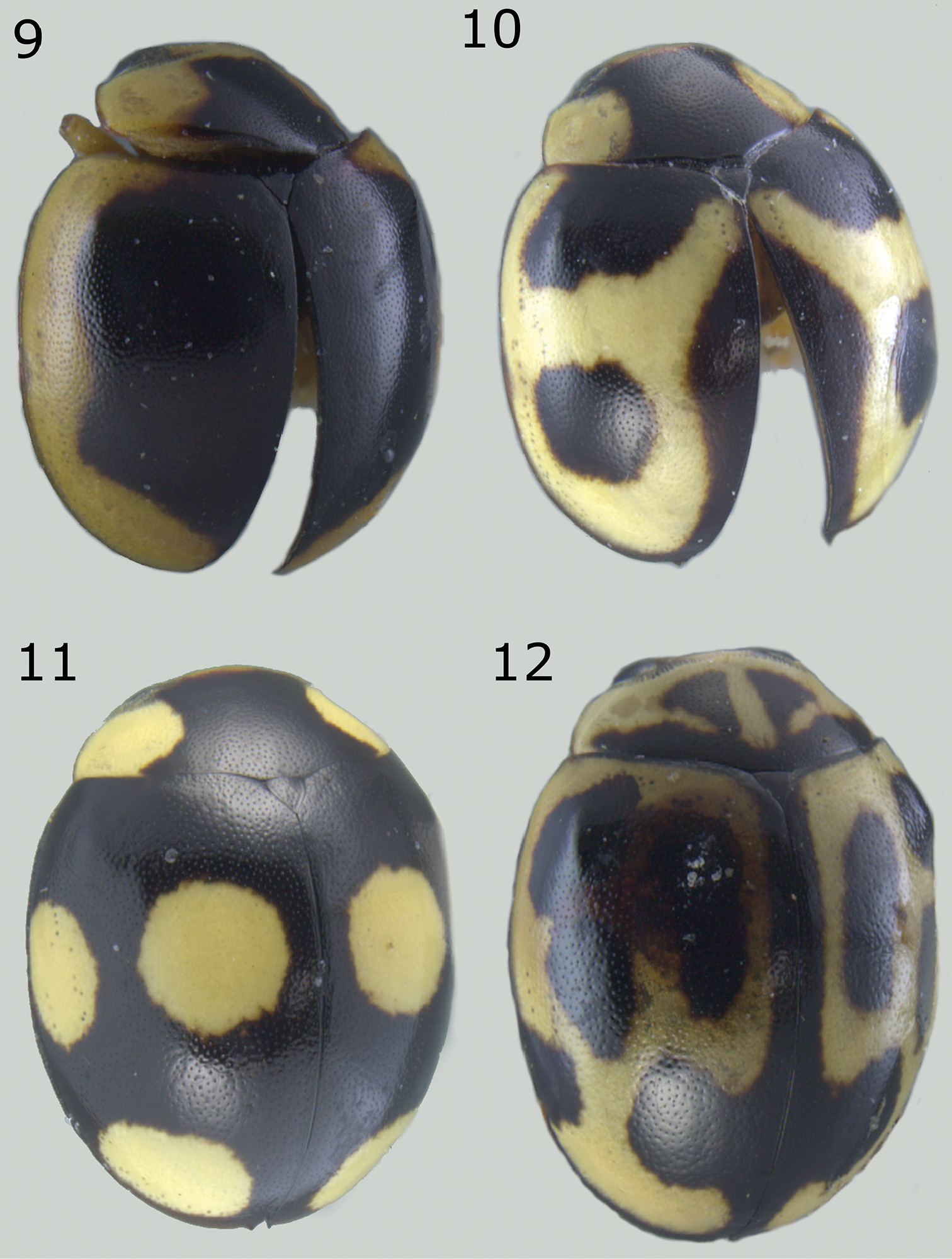