Etymology. The genus name, a masculine noun, refers to the superficial similarity of the type species to species of the North American paralimnine genus Auridius .

Notes. This genus will run to Mendrausus Ribaut in Emeljanov’s (1999) key to Asian Paralimnini . It differs from this genus in having the forewing fully developed, the outer anteapical cell small and well separated from the costal margin, male segment X slender and unsclerotized, the pygofer elongate, and the aedeagus with the shaft very short and arising from the dorsal part of the atrium. The new genus is similar to another endemic Australian paralimnine genus, Mayawa , in external appearance, especially the elongate forewing with reduced outer anteapical cell and lack of dark pigment outlining the veins; as well as in the structure of the genital capsule, connective and style. Mayawa differs in its larger size and elongate aedeagus with two pairs of distal processes. 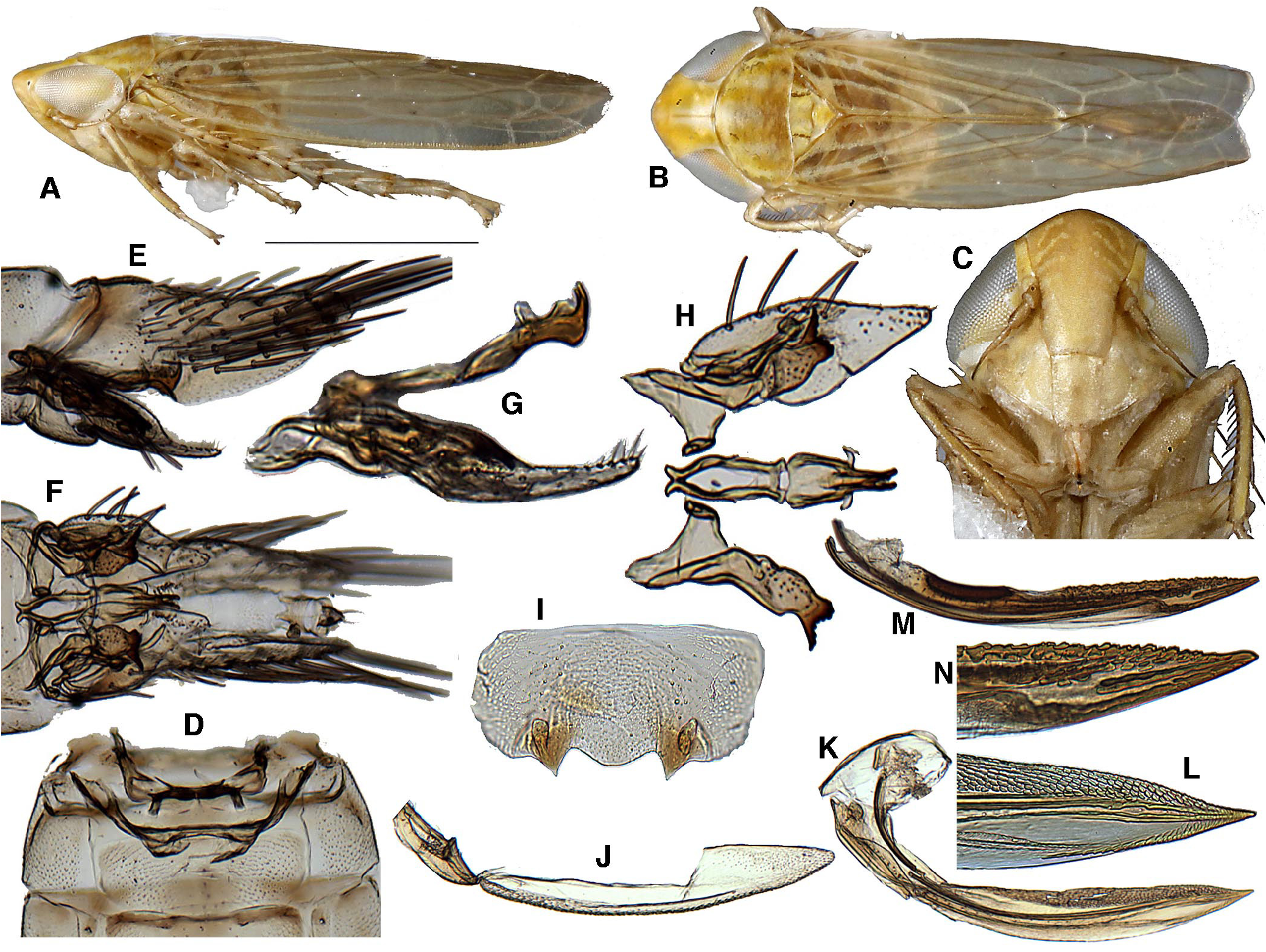