Diagnosis. This species differs from all other known Mayawa species in having a pair of large maculae on the crown and the paired processes on the aedeagus greatly reduced and inconspicuous.

Etymology. The species name is a Latinized adjective referring to the pair of maculae on the crown. 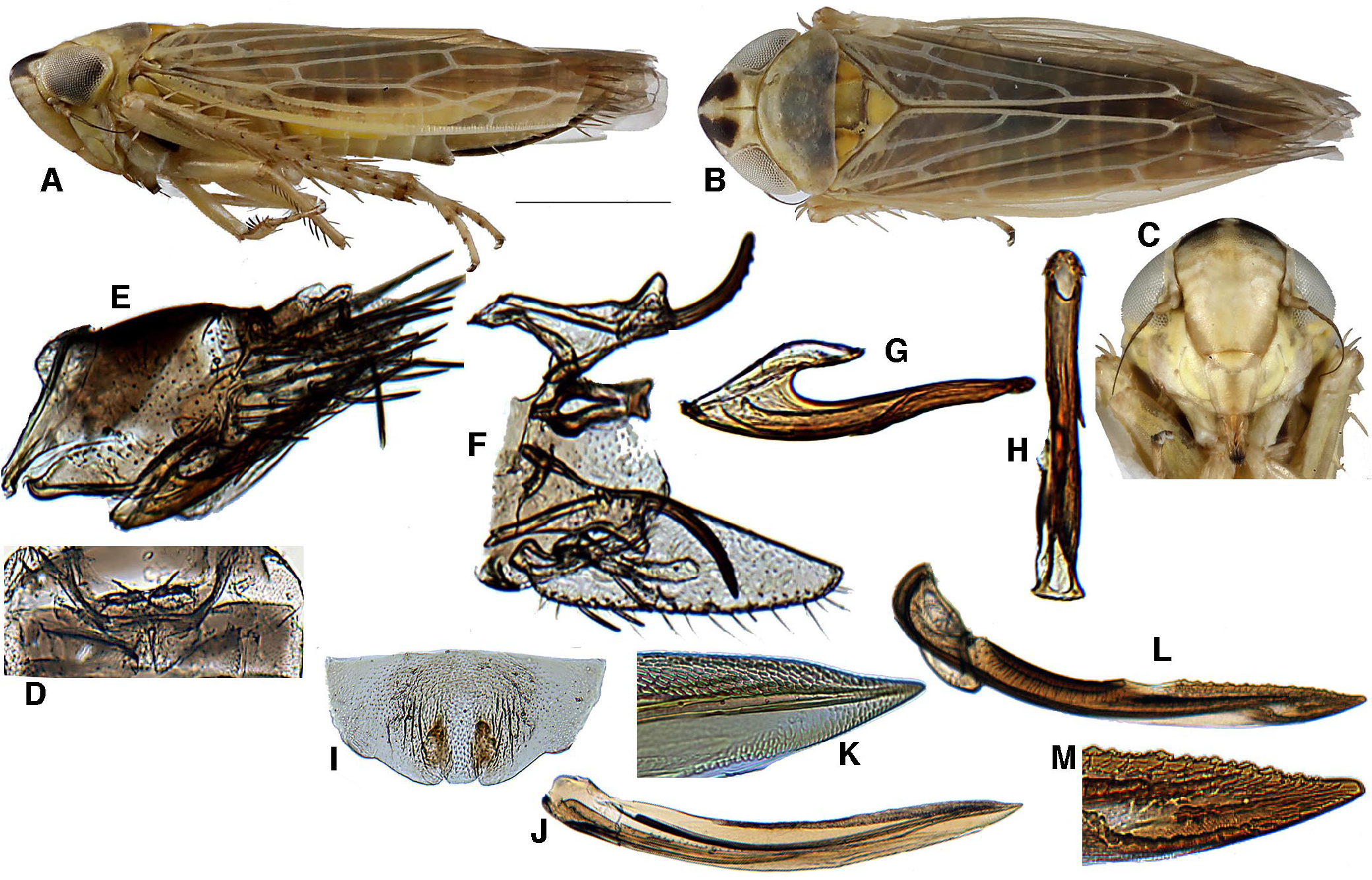