Very long and slender limbs, pentadactyl; long fingers (4 FL/SVL: 0.064–0.084) and toes (4 TL/SVL: 0.076– 0.095), terminating in a sharp claw; limbs covered in fine scales with scattered moderately-sized tubercles; digits moderately compressed and covered in small scales on the dorsal and lateral surfaces, but with narrow lamellae that span the width of the fingers (4 FLam: 15–18) or toes (4 TLam: 18–23); no expanded lamellae at tips; claw surrounded by sheath formed by a ring of enlarged scales.

Tail long (78 and 95 % of SVL), constricted at base widening ca. 5 mm past cloaca in two adult specimens with original tails; proximal half wide with thick medial portion and tapering laterally; scattered dorsal tubercles on proximal half, tending not to form transverse rows, and encircled by a row of scales at base of tubercle; distal half of tail narrows, gradually tapering to a fine point. No pre-anal or femoral pores; 11 or 13 enlarged cloacal spurs to either side of base of tail of single adult male specimen ( WAM R 157520), 4–6 enlarged cloacal spurs on females; hemipenes strongly bifid.

Habitat. Encountered in rocky areas of the Hamersley Range. Some of the specimens from the type series were collected on a graded road running through a ‘ major gully’, and one was sheltering under a rock slab ( Menz & Cullen 2006). They have also been observed at the bottom of a rocky gorge with a low tree cover ( Thompson et al. 2009). Vegetation associated with other observations (Appendix 2) is shown in Fig. 6 View FIGURE 6 and consists of low sparse trees of Eucalyptus leucophloia , low shrubs of Acacia pilbara and Triodia wiseana (M. O’Connell & B. Maryan, pers. comm.).

Etymology. seorsus is Latin for ‘apart’ or ‘separate’ in reference to the large distance between the distributions of U. seorsus sp. nov. and U. milii . Used as a noun in apposition.

Comparison with other species. Underwoodisaurus seorsus sp. nov. can be distinguished from the two Nephrurus species in the Pilbara by absence of the enlarged knob at the end of the tail. In the absence of an original tail, N. wheeleri cinctus possesses large tubercles scattered on the dorsum and also enlarged scales on the head; in addition, this species has conspicuous bands. Nephrurus levis pilbarensis has multiple wide nuchal bands, whereas U. seorsus sp. nov. has only a single narrow band.

Although widely allopatric, Underwoodisaurus seorsus sp. nov. is only likely to be confused with U. milii . In overall appearance, U. seorsus sp. nov. is relatively more slender than U. milii , and has a longer snout, narrower head, more infralabials, longer limbs and toes ( Table 3 View TABLE 3 ), more numerous but smaller, more acute, and lower scattered dorsal tubercles, and a deeper angular mental scale. The pattern and color also differ: U. seorsus sp. nov. has a relatively simple dorsal pattern on both head and body comprised of widely scattered pale tubercles. In contrast, U. milii often has relatively well-defined transverse bands made up of larger spots, and usually has considerable areas of lighter patches on the head, including the labial scales and often extending across the top of the head ( Figs. 2 View FIGURE 2 , 4 View FIGURE 4 ). The pale-headed pattern is most apparent in populations from Shark Bay, one of the closest populations to U. seorsus sp. nov. and the type locality for U. milii ( Shea 2002) .

Remarks. While early biogeographic studies did not identify the Pilbara as an area of high faunal endemism ( Schall & Pianka 1978; Cracraft 1991), it is becoming increasingly clear that the Pilbara is a center of faunal endemism within Australia ( How & Cowan 2006; Powney et al. 2010; Doughty et al. 2011 a, submitted). Based on the limited numbers of studies that have been published it appears that endemic Pilbara lineages have a wide range of geographic associations; some are southern isolates of northern lineages (Fitch et al. 2006; Catullo et al. 2011), some are sister to arid zone lineages ( Aplin et al. 2006; Pepper et al. 2006) and some are northern isolates of lineages with otherwise more southerly distribution ( Doughty et al. 2008). This diverse pattern of relationships of Pilbara taxa to other regions is not surprising given the size, geographic complexity and age of the Pilbara landform.

Within the Pilbara , a disproportionate number of endemic species have saxicoline habits compared to other parts of the arid zone ( Doughty et al. 2011 a, submitted). The occurrence of U. seorsus sp. nov. in the Pilbara is consistent with the pattern of saxicoline endemics, as individuals have only been collected from rocky areas, and U. milii from their extensive southern range are frequently associated with rocks (e.g. Storr et al. 1990; Swan et al. 2004). The distribution of U. seorsus sp. nov. and U. milii suggests that their common ancestor was once more widely distributed, but that aridification and/or increasing temperature eliminated populations in the Gascoyne region. The rocky gorges and moderately high elevations of the southern Pilbara ranges may have acted as a relatively moist and potentially cooler refugium, allowing an isolated population of Underwoodisaurus to persist especially the rocky gorges at moderately high elevations where individuals have been observed to occur. Relative to southern U. milii , U. seorsus sp. nov. are much more slender with a longer snout, larger scales and longer digits and limbs. This elongation of the body and limbs may aid climbing in the rocky areas this species appears to favor, but further observations of behavior are necessary to test this idea.

Within the Pilbara , U. seorsus sp. nov. seems to be rare and have a relatively small distribution. Despite extensive survey effort in recent years they have only been found at a small number of sites. This combination of rarity and small relictual distribution indicates this species may be of conservation concern. The possible effects of increases in global temperature in the coming decades on what is seemingly already a relictual species are of particular concern. We recommend that U. seorsus sp. nov. is classified as Priority 2 (Department of Environment & Conservation, Western Australia) which will afford this species a high level of protection within the state. 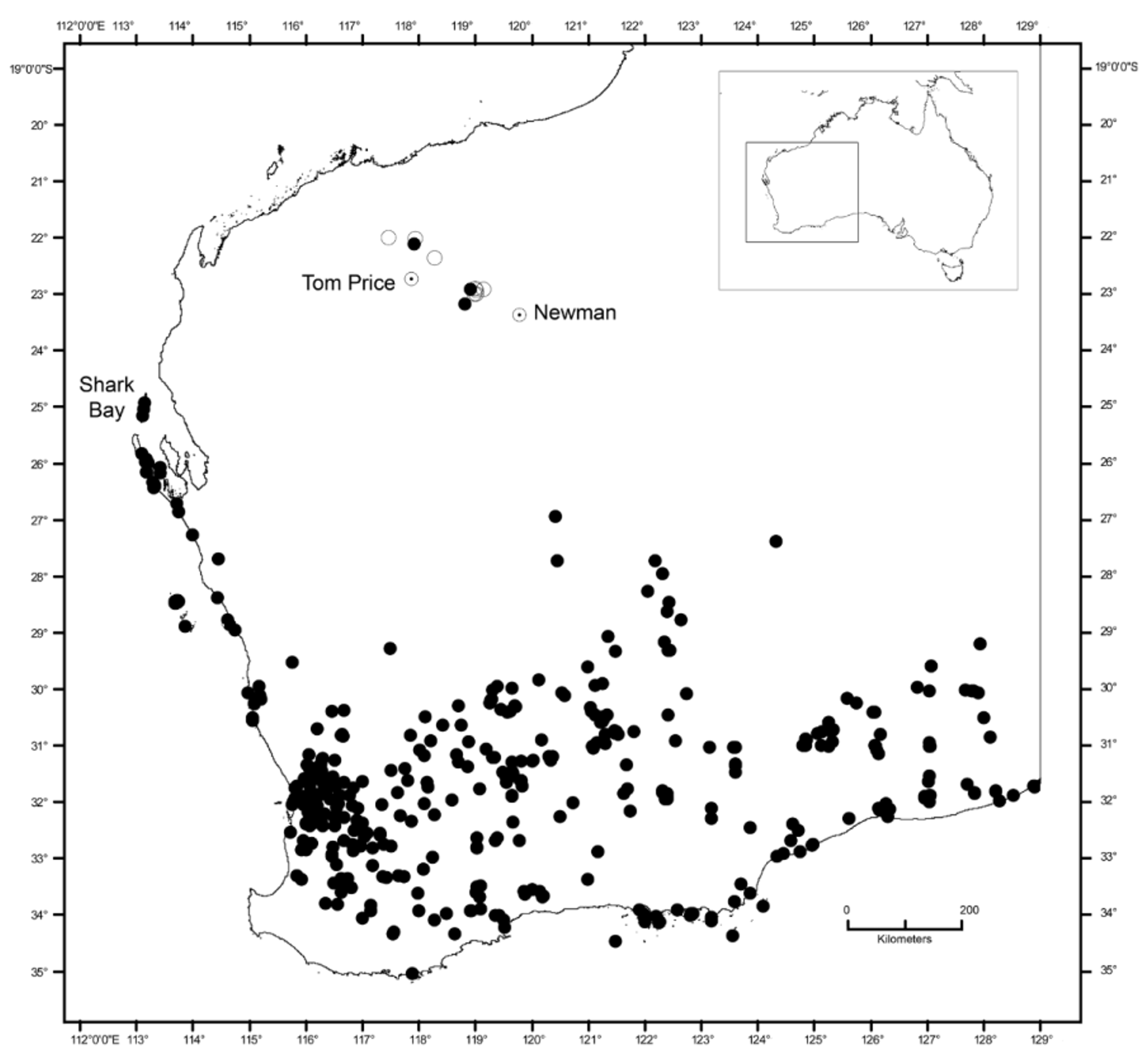 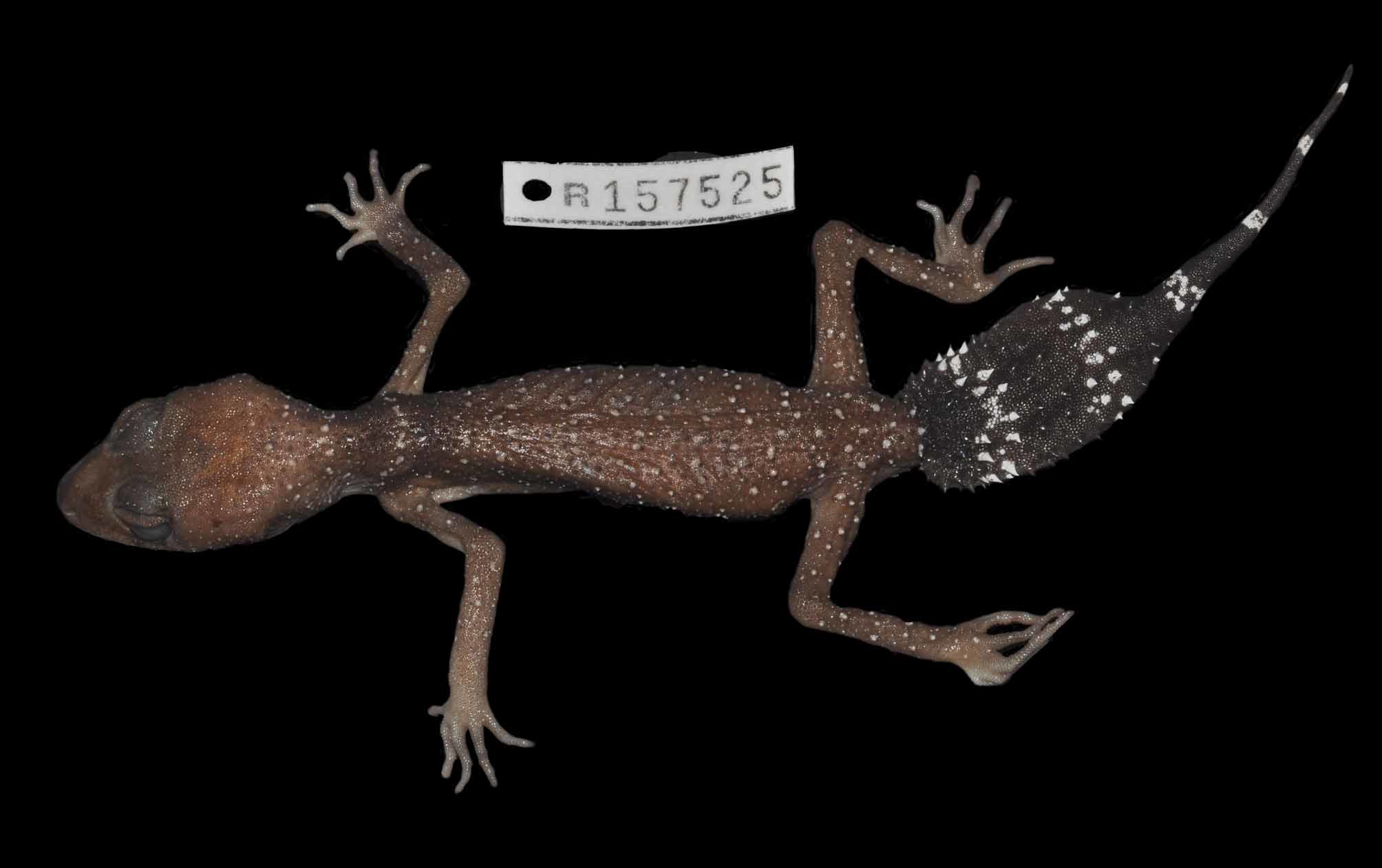 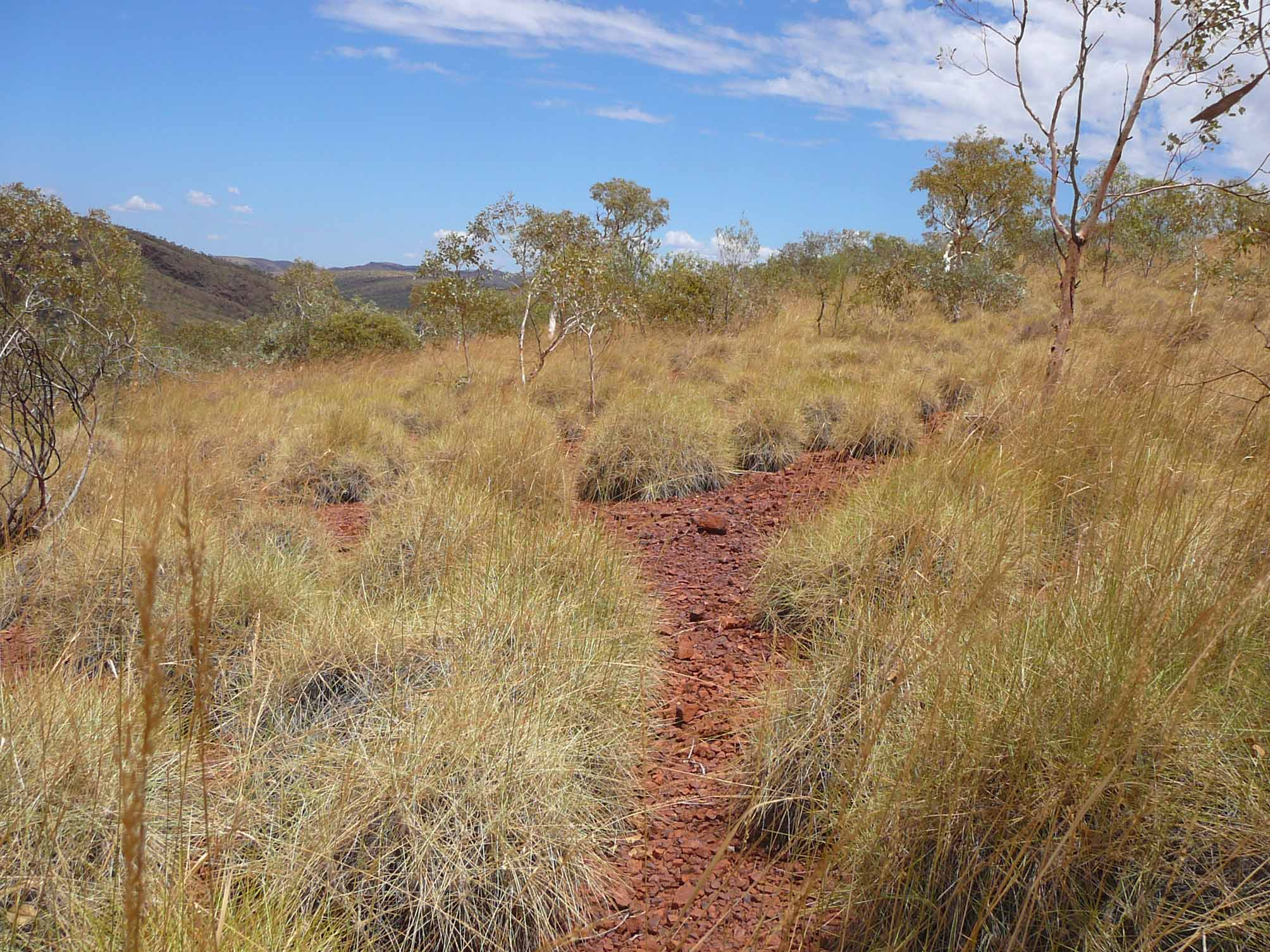 TABLE 3. Comparison of average and range of key ratios and meristic characters for Underwoodisaurus seorsus sp. nov. and U. milii. Ratios are based on adult specimens of both species, while meristic counts (*) include the entire type series of U. seorsus sp. nov.