Skeleton ( Fig. 29 View FIGURE 29 F–H). Choanosomal skeleton consists of irregular primary fibres cored with foreign material, 320 (260–410) µm in diameter. Secondary fibres are fasciculate, 96 (43–135) µm in diameter, cored near the ectosome, and connected by wide areas of spongin. A secondary web of spongin is found in the choanosome with perforations. A dense mass of fine collagenous filaments, each enlarged terminally at both ends, occurs in the mesohyl.

Substratum, depth range and ecology. Found growing in coral rubble, in and around areas of sand, depth range 12–34 m

Remarks. Psammocinia species possess a sand-armoured surface, a pronounced organized sandy ectosome, and a regular, reticular fibre skeleton, with a hierarchy of concentrically laminated primary and secondary fibres ( Cook and Bergquist 1998). The genus consists of 19 species distributed mainly in the Indo-Pacific and Korea. The sponge described here agrees well with the description of P. arenosa provided by Cook & Bergquist (1998) from Australia and that of Kirkpatrick (1903) from South Africa. Psammocinia arenosa are cup-shaped, attached to the substratum with a narrow base, have walls of uniform thickness and are incompressible with a thick crust of sand. Their description of P. arenosa ’s skeleton included irregular cored primary fibres, 200 µm in diameter and secondary fibres, 50 µm in diameter, which may show coring. This is similar to the sponge described here. Psammocinia amodes ( Cook & Bergquist, 1998) is similar to P. arenosa but is distinguished by thin sand armour and a digitate to spatulate form ( Cook & Bergquist 1998). Classifying this sponge fully as P. arenosa is difficult due to its distribution in South Africa. No other Psammocinia species are described here or in the WIO. Due to its similarity to P. arenosa , this sponge is regarded as Psammocina cf. arenosa .

• A dense mass of fine collagenous filaments, each enlargened terminally at both ends, occurs in the mesohyl. 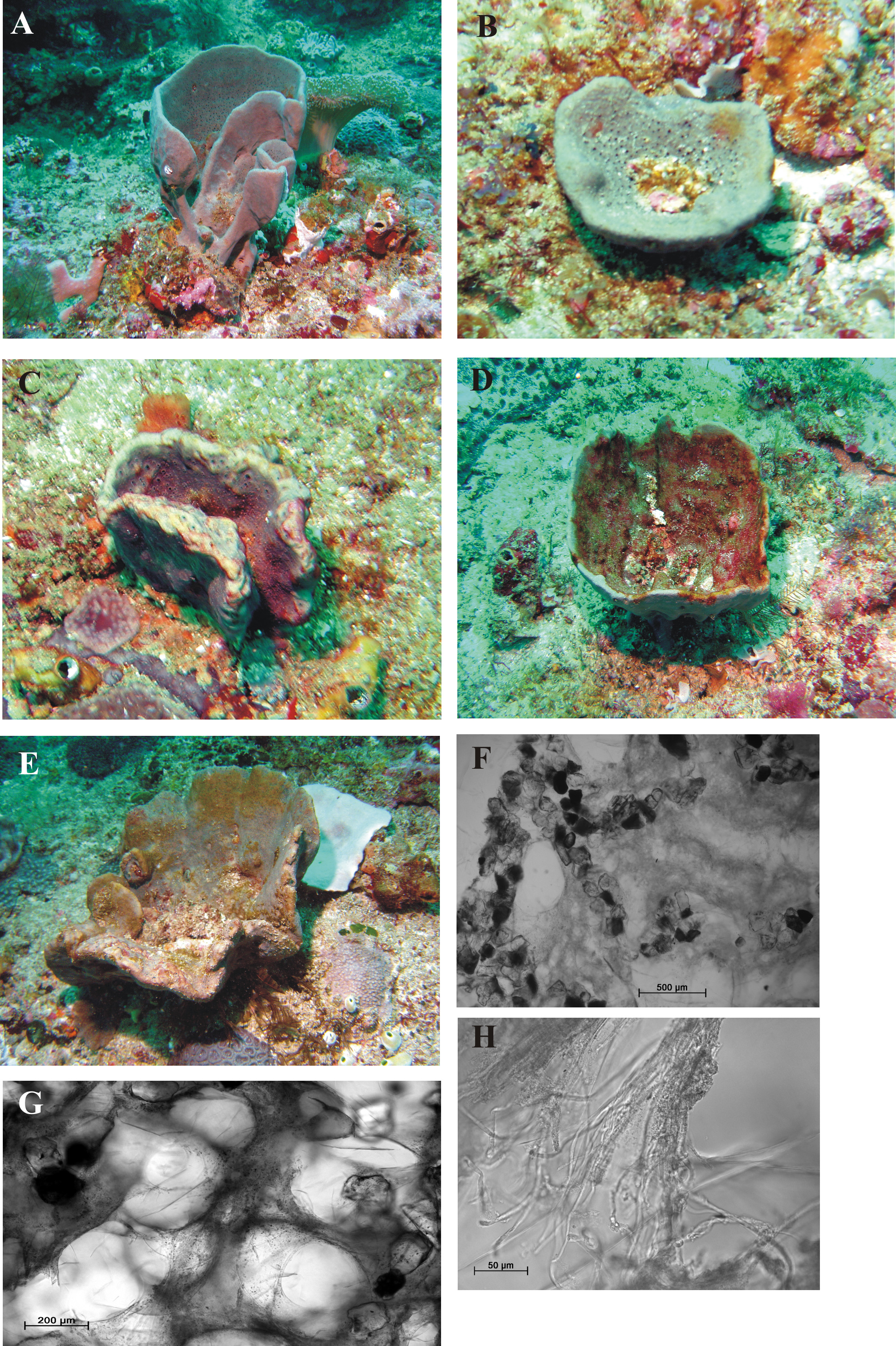