Substratum, depth range and ecology. This species is found in and amongst corals on rocky ledges at a depth range between 12– 24 m.

Remarks. This sponge falls into the genus Euryspongia due to a skeleton of cored primary fibres and uncored secondary fibres, which also form a secondary reticulation, and a soft, branching external morphology. This is the first record of this genus in South Africa. This genus is relatively new consisting of 11 species, of which 10 were initially placed in the genus Spongia . These sponges closely approach the genus Spongia with only difference being the eurypylous chambers ( Row 1911). The key characters that distinguish Euryspongia from other dysideid genera are the soft consistency and development of the secondary fibre reticulum (Cook & Berquist 2002). Euryspongia lactea Row, 1911 , documented in the WIO, is similar to E. coeruleum sp. nov. in fibres dimensions. It differs from E. coeruleum sp. nov. in having an irregular, subspherical external morphology and milky white colouration. Euryspongia raouchensis Vacelet, Bitar, Carteron, Zibrowius & Perez, 2007 is thickly encrusting and pigmented cream. It possesses larger primary (125–150 µm) and secondary (40–70 µm) fibres ( Vacelet et al. 2007). The incorporation of sand in the sponge mesohyl, the lightly stratified primary fibres and unstratified clear secondary fibres, branching morphology and aqua blue colouration of E. coeruleum sp. nov. differentiate this species from other species of Euryspongia . 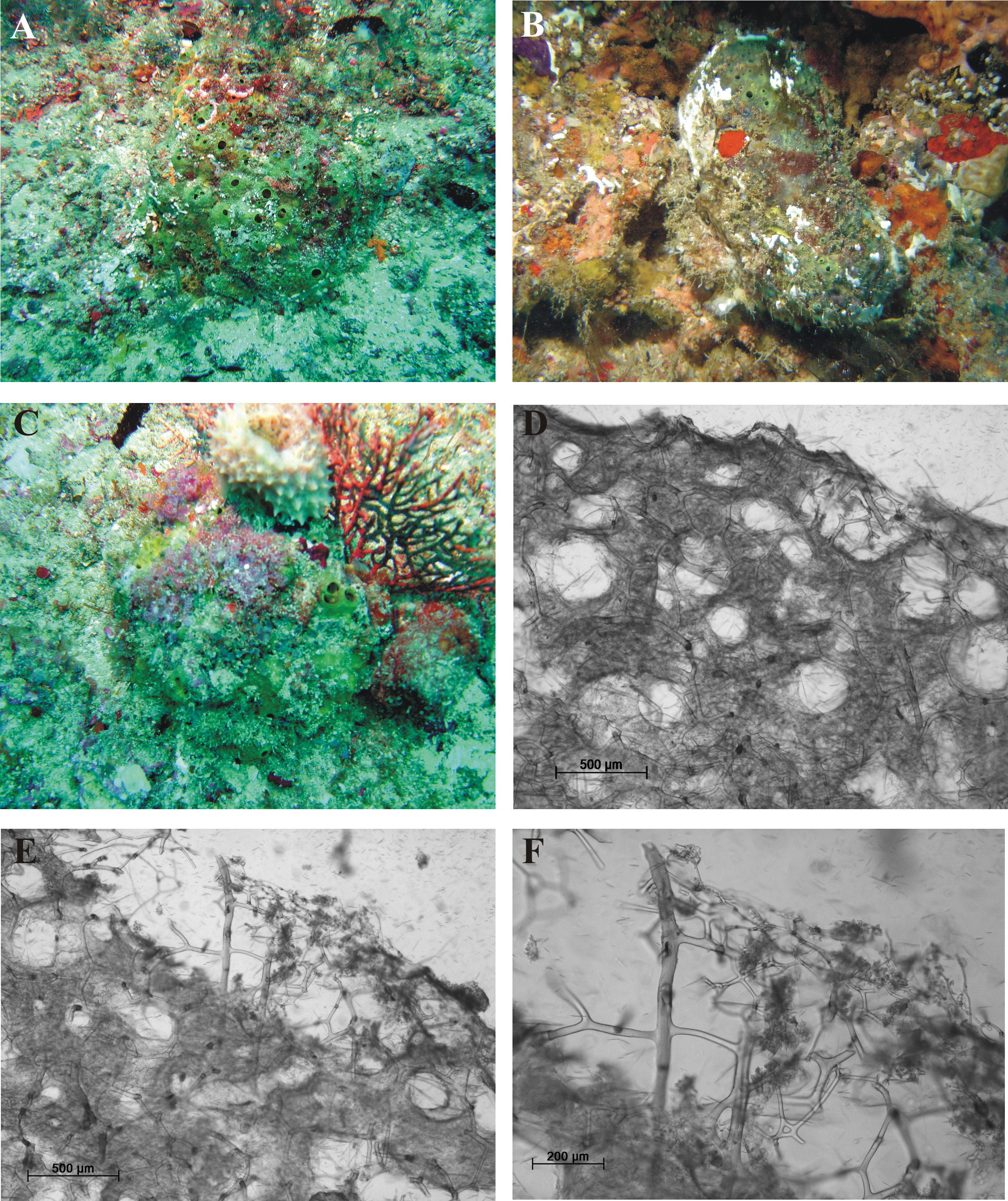