Distribution. Sierracapnia washoe   has been found in the Granite, Selenite, and Virginia ranges of western Nevada ( Fig. 39 View Fig ).

Etymology. This species is named for the Washoe people, Native Americans whose ancestral homeland included the type locality in Storey County, Nevada. We suggest Washoe Snowfly as a common name.

Comments. Sierracapnia washoe   was collected from Cedar Hill Canyon Creek near Virginia City ( Fig. 38 View Fig ) and several additional sites in northern Washoe County, a dry region of western Nevada lying in the Sierra Nevada rain shadow ( Hershler et al. 2002). Cedar Hill Canyon Creek flows only 700 m from its spring source before completely drying in the desert. Zapada cinctipes (Banks 1897)   adults and chloroperlid larvae also have been collected at the creek. Cedar Hill Canyon was mined for silver and gold during the Comstock Lode era (1860-1880) and mine tailings are present in the canyon. While other small aquatic habitats may harbor this species in the nearby Virginia and Flowery ranges, the nearest running water beyond the type locality is Long Valley Creek, about 8 km to the northeast. We failed to find S. washoe   there. This species also occurs in small creeks of the Selenite and Granite ranges in Washoe County, Nevada. Of the 24 species of Capniidae   known to occur in Nevada, S. washoe   is apparently the only species endemic to the state. Sierracapnia washoe   may have been isolated in this region of Nevada by drying that occurred at the end of the Pleistocene ( Hershler et al. 2002). 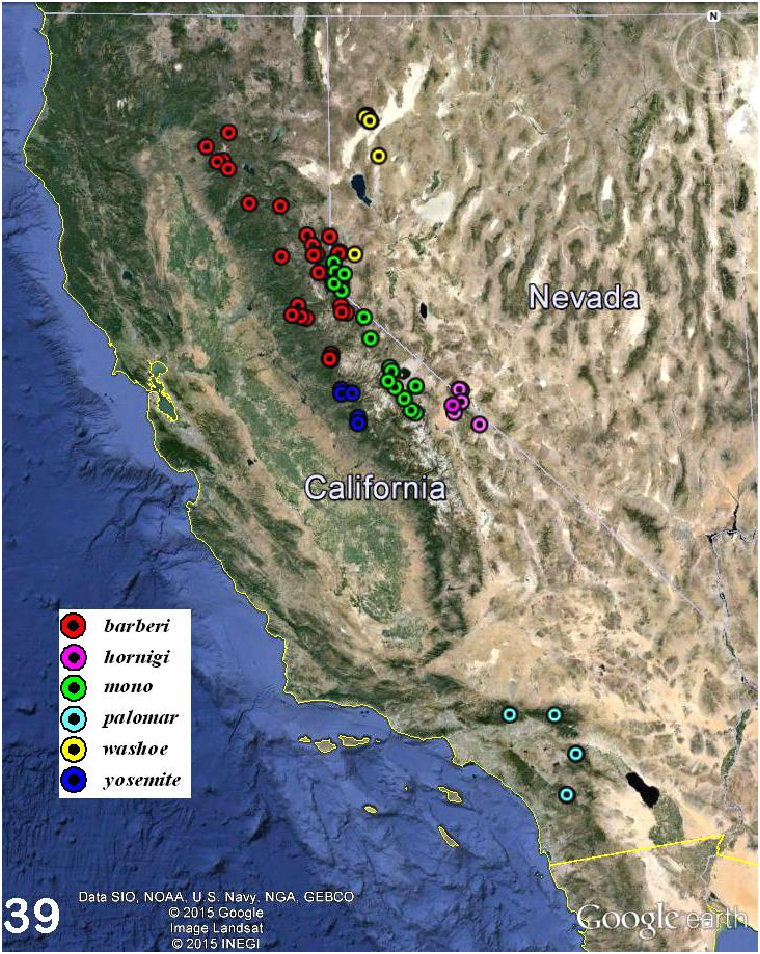