Etymology. The specific epithet, siskiyouensis   , is named for the Siskiyou Mountains in which the type locality, Oregon Caves National Monument, is located.

Description of other specimens. Juveniles are amber brown (55) on the dorsal surface of the head and pronotum.

Habitat distribution. The type specimen was found walking on snow at night in pine forest. I collected two juvenile specimens on the snow at night on March 20, 2010 and three more in the twilight zone of Blind Leads Cave under stones. The adult female specimen examined by Jarvis and Whiting (2006) was collected in a cheesebaited trap near the entrance of a cave.

Geographical distribution. Grylloblatta siskiyouensis   n. sp. is presently known only from Oregon Caves National Monument ( Fig. 3 View FIGURE 3 ). Due to its surface activity, it is potentially more widespread in the Siskiyou Mountains. Kamp (1973) refers to a grylloblattid population near Mt. Ashland that might represent the same species.

Phylogenetic relationships. Based on mitochondrial cytochrome oxidase subunit II data, G. siskiyouensis   n. sp. (GenBank Accession JN 612961 View Materials ) is distinct from (minimum ~ 10 %) other nearby grylloblattids ( Table 1). This species is represented by the Oregon Caves sample deposited in GenBank ( Jarvis & Whiting 2006), from which it differs by a single base (0.1 %). In a neighbor-joining analysis, it is grouped with G. oregonensis   n. sp. and G. m a rmoreus n. sp. in an unresolved polytomy ( Fig. 4 View FIGURE 4 ). 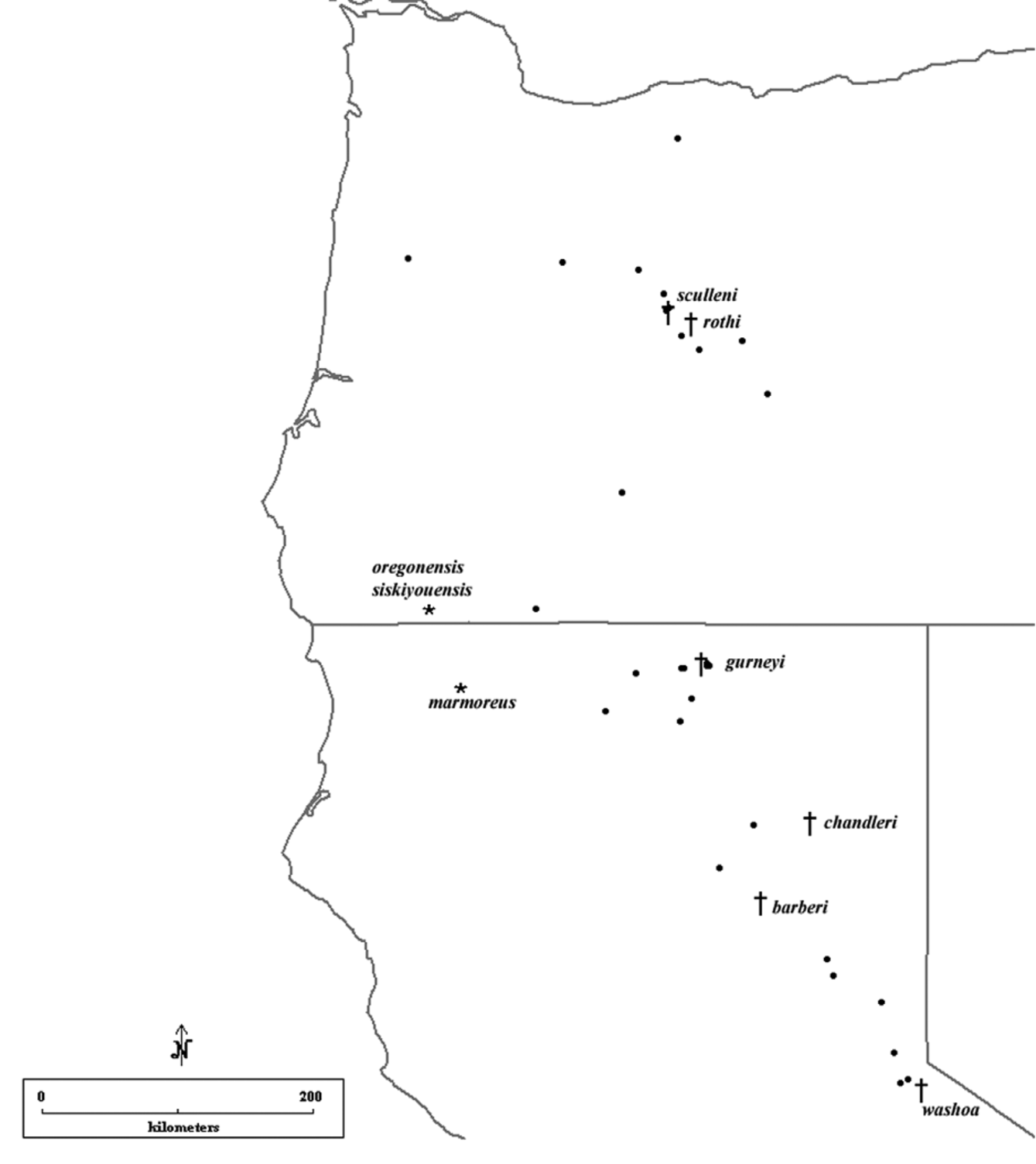