Only a single pseudoastrose acanthotylote ( Fig. 19View FIGURE 19 O) that closely resembles those of Discorhabdella incrustans Dendy 1924  , has been found in the studied material (compare with Dendy 1924, pl. 15, figs. 34 B, 35; and Fig.View FIGURE 20

20 C). Despite the fact that morphologically the spicules seem to be very similar, the Eocene spicule described here is much bigger (about 180 Μm) than the one described by van Soest (2002 c) which was only 35 Μm. Unfortunately, neither the warty-headed tylostyles, nor the polidentate isochelae, characteristic for this species, have been found in the studied material. This crambeid sponge is known today only from New Zealand (Three Kings Island; van Soest 2002 c). It may suggest that this spicule belongs to Discorhabdella incrustans  . Similar spicules were described from the Late Eocene of New Zealand by Hinde & Holmes (1892; figs. 12.1, 2). 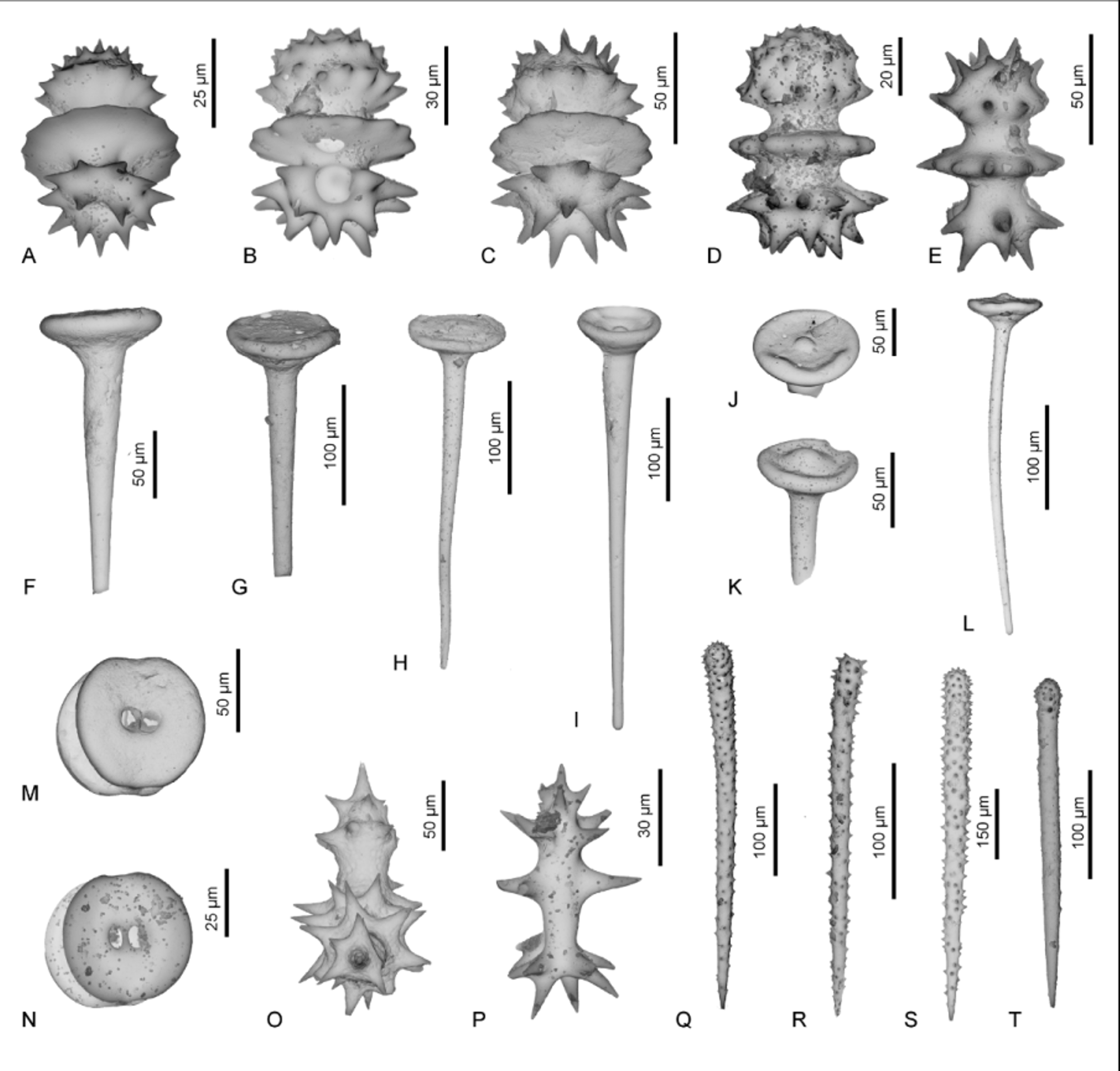