Diagnosis (male). This species is clearly related to the bicolored species Sargus analis   , differing in having its scutum and mediotergite brown. As in S. analis   , this species is also mostly yellow with only its upper frons, last two visible abdominal segments (fourth and fifth) and hind femur apically, tibia, and tarsomeres dark brown to black. It has the wings faintly brown infuscated anteriorly. The distribution also reinforces the distinctness of both species, with S. flavoniger   restricted to southern Brazil, and S. analis   recorded from Costa Rica, Panama, and central-west to northern Brazil.

Comments. This species is closely related to the bicolored species of Sargus   , which includes S. analis   , S. apicalis   comb. nov. and at least one more undescribed species that has a similar color pattern except for dark brown markings on the abdomen and wing.

This species was recorded from Caiobá (state of Paraná, Brazil) and Rio de Janeiro by Carrera & Lane (1945: 128) (as Chrysochroma flavonigra   ), where they designated the female from Rio de Janeiro, Brazil (examined, MZUSP) as “ allotype ” and the female from Paraná as “parallotype” (not examined). Neither specimen have type status since they were proposed after Lindner’s (1928) original description. Lindner (1969: 6) published two females from Nova Teutônia (state of Santa Catarina, Brazil), questionably placing them in the genus Merosargus   . A female specimen at (DZUP), labeled as Himantoloba flavonigra   seems to be one of the two females mentioned by Lindner (1969) that he thought may have been conspecific with his male holotype of C. flavonigra   ( Fig. 133 View FIGURE 133 ) described 41 years before. We think these two females could be an undescribed species, despite having wing color roughly corresponding to the variation described by James & McFadden (1982), because its thorax is entirely yellow and the abdominal tergites are entirely dark brown, differing from S. analis   and S. flavoniger   . 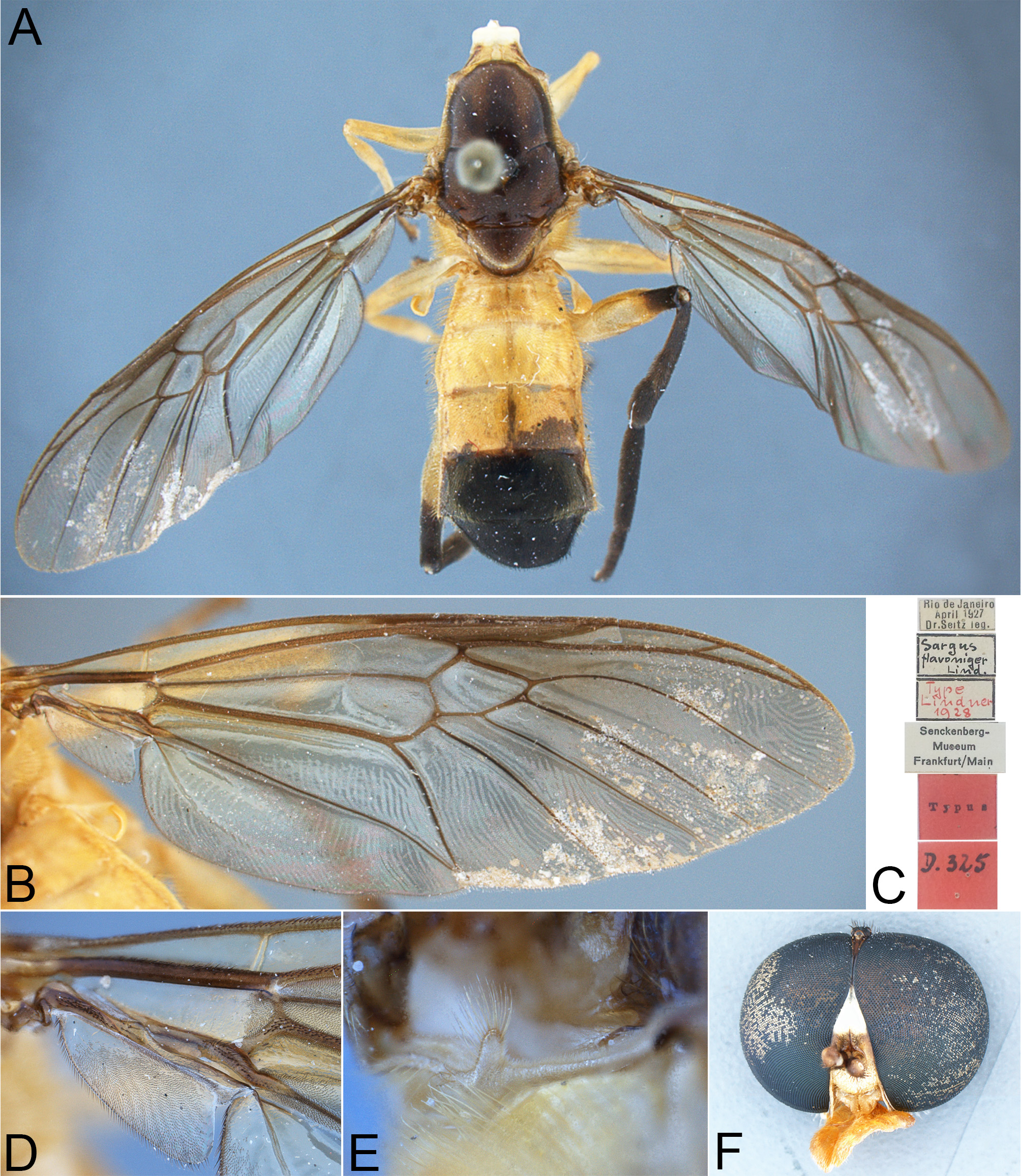