Etymology. This subspecies is named after the state of Brazil where it was found, Pará.

Head small, its ventral margin in posterior part with a low basis for antennae I ( Figure 4C View FIGURE 4 ).

Valves subovoid. Numerous setae along free margin, five anteriormost setae protruding sparsely and very long (this is a juvenile character, in adults these setae significantly shorter), followed with a bunch of 5–7 closely located setae, which are only somewhat longer that following setae, the first seta in bunch directed posteriorly. Setae in middle of ventral margin with long setules, setae in postero-ventral region not longer that the former. Each seta at posterior margin basally with series of spine-like setules along one its side ( Figures 4E–D View FIGURE 4 ).

Antenna I of medium length for Ilyocryptus , bases of antennae I not compressed against each other. Proximal segment with a well-expressed finger-like projection and low hillocks; distal segment without ridges and denticles, distal end with concentric row of small hillocks. Nine relatively short aesthetascs, two of them longer than the rest.

Limbs. Typical of the genus.

Size. Juvenile females from type locality 0.29–0.31 mm, holotype 0.31 mm. Maximum size is greatly underestimated due to absence of adults in our sample.

Distribution. At this moment, the taxon is known only from two localities in northern portion of Brazil: (1) Lake Batata, Porto Trombetas, Pará and (2) a small, shallow pool near Lagoa da Colher, the eastern border of the Lençóis Maranhenses dune field, Maranhão. Probably, this is a rare species in Brazil.

Comments. Only three juvenile females were found, and one of them was designated as the holotype. I. silvaeducensis silvaeducensis occurs only in North Europe, the Nearctic zone is populated by a separate subspecies I. silvaeducensis chengalathi . Here we establish a new Neotropical subspecies. So, subspecies of I. silvaeducensis conform to main biogeographical zones. Kotov and Štifter (2005a) found that Brazilian subspecies (un-named at that time) is more distant from European and North American subspecies, which are closest congeners. African (Kotov 2000) and Australian ( Sars 1896) silvaeducensis -like populations must be specially examined in the future. 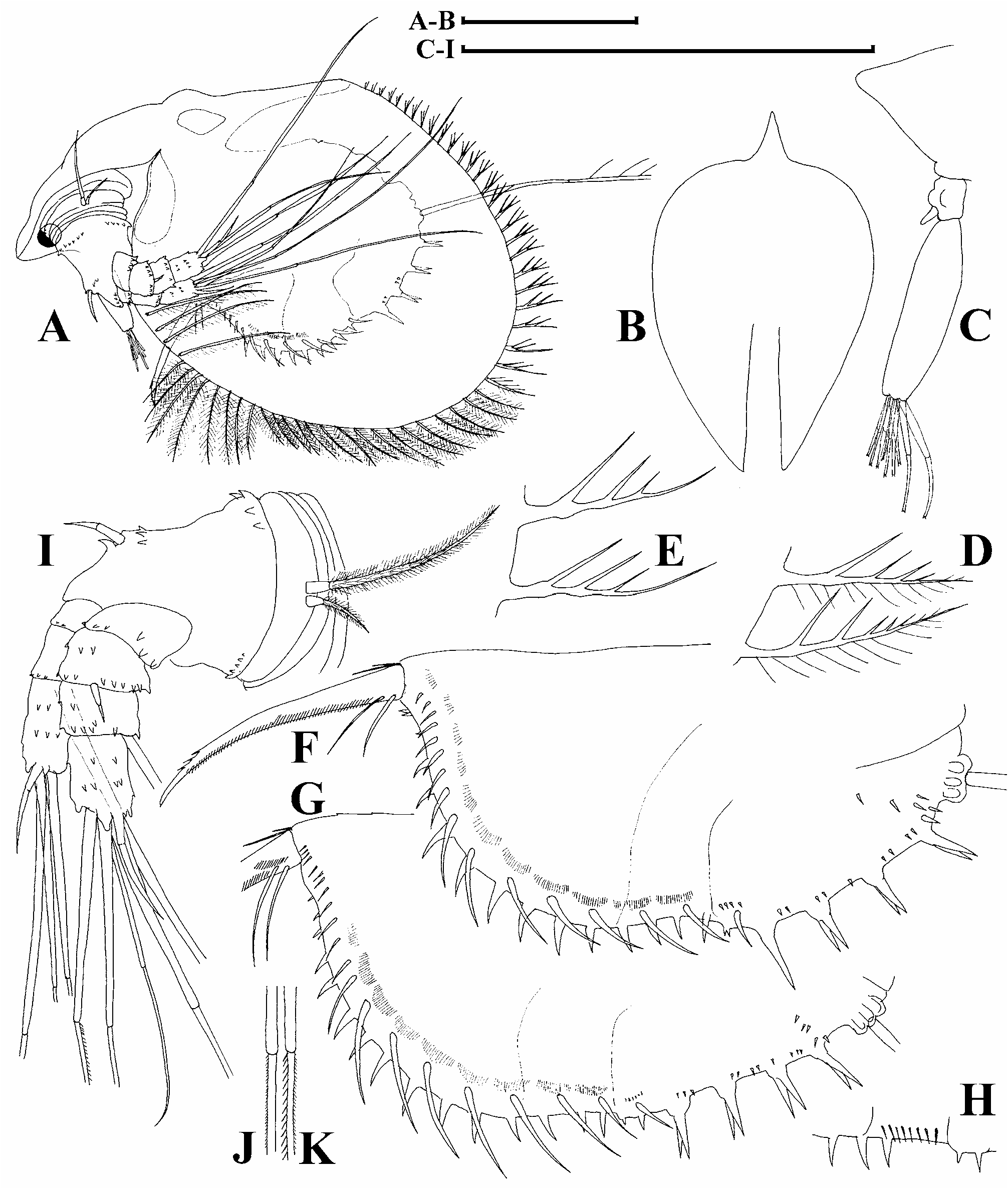