Isoperla pinta is very similar to I. phalerata Needham 1917 , a species not known to occur in California. However, interestingly, Jewett (1954) designated the male allotype of I. phalerata from Union County, in northeastern Oregon, whereas the holotype locality of I. pinta is Curry County, in southwestern Oregon, bordering northern California ( Frison 1937). Isoperla phalerata is presumably rarely collected and adults and larvae may be readily confused with I. pinta . At present, the most useful characters for separating adults of the two species include the pigment pattern of the head and pronotum (lighter I. phalerata vs. darker I. pinta ) described in Szczytko & Stewart (1979, figs. 56 & 75); and variable cross veins between radial sector and M vein of forewings (one for I. pinta vs. more than one for I. phalerata ) described in Smith (1917, fig. 65), Szczytko & Stewart (1979, fig. 60), and Béthoux (2005, fig. 12). Both species lack a sclerotized aedeagal process, distinct aedeagal spinule patches, and possess wide and short lobe-like vesicles. Dissimilar to the I. pinta continuous tergal spinule band pattern described previously ( Szczytko & Stewart 1979, fig. 78); males observed in this study possess bipartite patches of fine light spinulae mixed with long clear setae. This generally matches the patch shape previously described for I. phalerata ( Szczytko & Stewart 1979, fig. 59). Additionally, the ventral barb of the paraproct was vestigial in many specimens. When vestigial, its ventral margin curved interiorly, was in line with adjacent connective membrane instead of protruding ventrally, and was discernible only by darker pigment than the surrounding ventral paraproct. 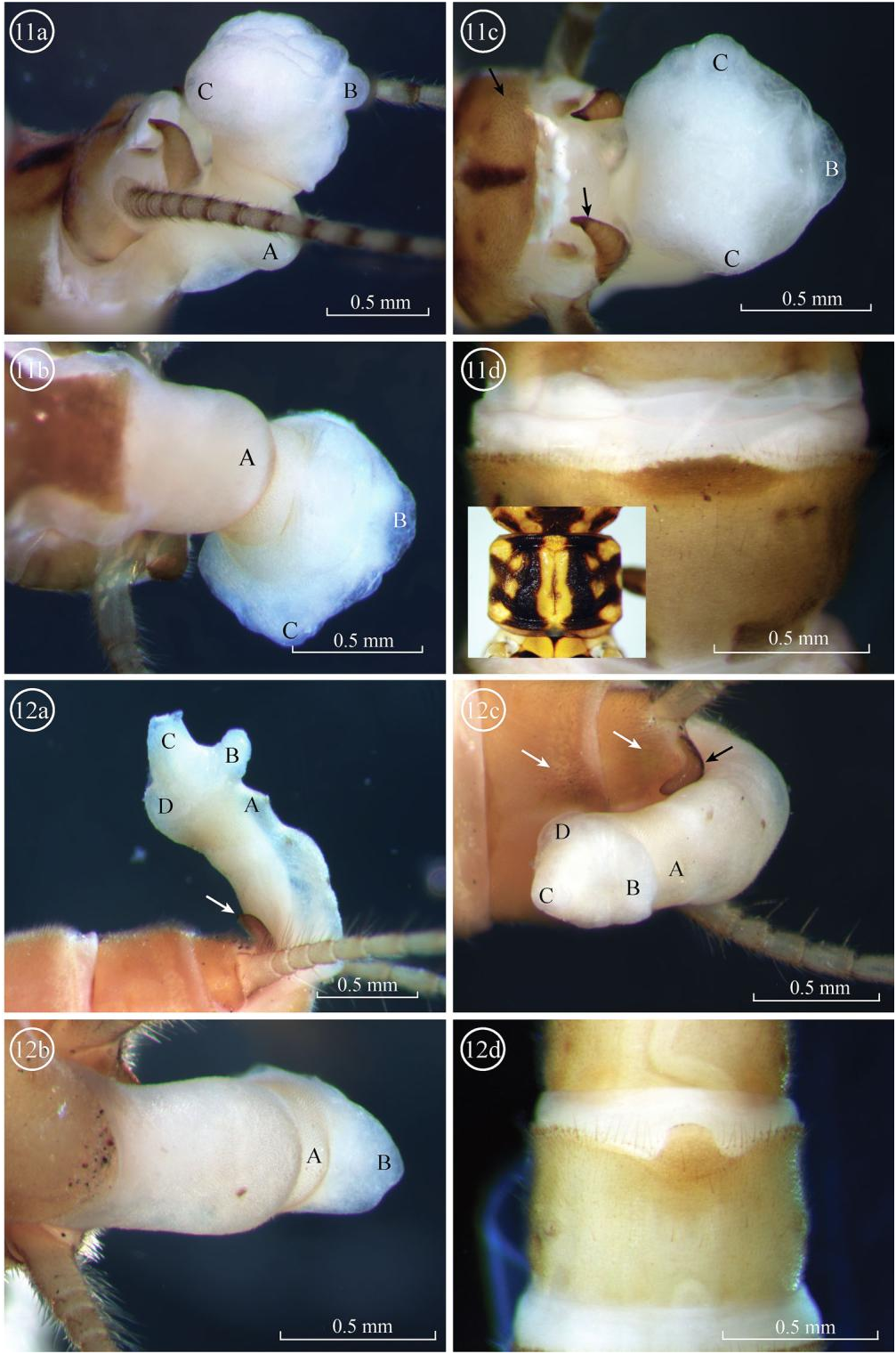