Comments. The highly uniform and particular morphological structure of Polyphrix   is characteristic. The transverse wrinkles of the propodeum, though uncommon, also occur in some other Cryptini   , particularly Messatoporus Cushman   , Prosthoporus Porter   , and in some Digonocryptus Viereck   , but never so stout, straight, and widely spaced as in Polyphrix   . Nematocryptus Roman   , a genus of the Oriental and Ethiopian regions, also shows such strong and widely spaced wrinkles, though slightly different than in Polyphrix   . One species of Nematocryptus   was coded and included in the analysis, but was not recovered as closely related to Polyphrix   . Furthermore, it can be distinguished from the latter genus by the ventral tooth of mandible shorter than dorsal one (vs. longer), dorsal margin of pronotum strongly and uniformly swollen (vs. only weakly swollen, sometimes with a lamellar protuberance), body surface strongly sculptured (vs. smooth), mesoscutum somewhat flattened (vs. strongly convex) and notaulus very long and deeply impressed (vs. very short and faint), among other features. As pointed out by Nogueira & Aguiar (2005), the lamellar protuberance of the pronotum in P. cristata   can be mistaken with the “upper margin of pronotum strongly swollen” mentioned by Townes (1970) in couplet eight of his key to Lymeonina   genera, but other features will eventually lead to the correct determination of the genus. Albeit quite similar structurally, the four known species can be easily distinguished from each other through differences in their color pattern.

Distribution records. Recorded from twelve localities, including the Amazon Basin of Guyana and Brazil (states of Pará and Amazonas), the Brazilian Cerrado (state of Goiás), and the highlands of southern and southeastern Brazil (states of Bahia, Espírito Santo, São Paulo and Paraná). These records range 29 º 51 ' latitude degrees. Figure 5 View FIGURES 5 – 11 shows all geographic records of the four species of Polyphrix   . See section “Phylogeny and Distribution” for more information. 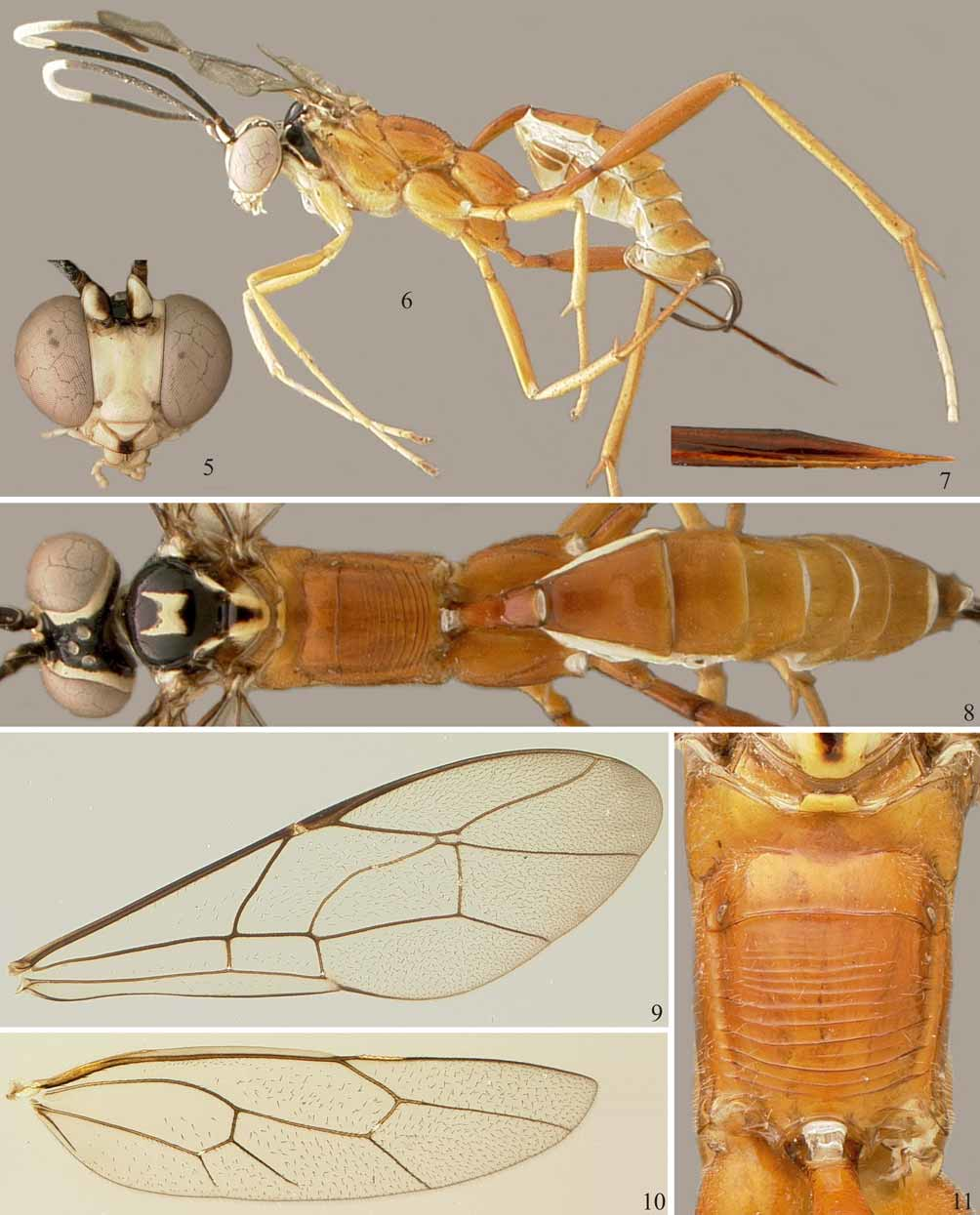