Based on molecular and combined phylogenetic analyses Cynomops freemani is sister to C. mexicanus . Monotypic.

Descriptive notes. Head-body 54-9-62 mm, tail 26-5-33-1 mm, ear 11-3-14-3 mm, hindfoot 6-9-8-1 mm, forearm 32-6-36-1 mm; weight 13-19 g. Females are smaller than males. Freeman’s Dog-faced Bat has reddish-brown to dark chocolatebrown dorsal pelage, and slightly paler venter with weak to conspicuous whitish portion from throat to mid-venter; pelage is silky, and dorsal furis short (c. 3 mm on shoulders); individual dorsal hairs are bicolored, with basal one-third of each hair pale buff; most specimens have frosted pelage due to sparsely distributed silvery hairs. Face is blackish and virtually naked. Upper lip and dorsal border of narial region are smooth. Blackish triangular ears are slightly separated from each other at forehead (space less than 4 mm). Patagium, feet, and tail are also blackish; propatagium is narrow, and posterior plagiopatagium is inserted lateral to base of feet. There is dark chocolatebrown fur along basal one-third of forearm, and along adjacent propatagium. A patch of fur extends from posterodorsal surface of distal plagiopatagium, next to wrist, to fourth dactylopatagium. Skull is relatively long, with narrow postorbital constriction that forms smooth angle between rostrum and braincase (130-140°), which may be observed in dorsal view of skull. Dorsal margin of external nares is shallowly emarginated. Supraoccipital bone is straight and extended downward in lateral view, and basisphenoid pits are weakly developed. There is a shallow fossa on posterior squamosal bone, where posterior zygomatic arch meets braincase. Mandible is gracile, with a gently curved corpus along its length, and P, is one-half or less the height of P,. There is a median ridge on lingual face of P,. Dental formula for all members of Cynomops is 11/2, C1/0,P 2/2. M 3/3 (x2) =30.

Food and Feeding. Freeman’s Dog-faced Bat is an aerial insectivore, like all other Cynomops species, but there is no specific information on its preferred food items.

Breeding. Pregnant and post-lactating females were recorded in August, and young were observed in August and early September.

Activity patterns. Freeman’s Dog-faced Bat has been caught early in the night. It has been found roosting in abandoned houses. Almost 60 individuals were captured in a short period at the onset of the night, with mist nets placed at three abandoned wooden buildings. All three potential roosts were within less than 1 km of one another. As seen in other aerial insectivorous bats from open spaces, Freeman's Dog-faced Bats emit long, shallow FM echolocation calls. The low and the middle echolocation call types have a bandwidth of ¢.7 kHz, and are close to a QCF call. The low call is comparatively long (greater than 13 milliseconds), probably targeted to reach longer distances in open space acoustically. The mean end frequency of low QCF calls is 22 kHz (+ 2.5 kHz SD).

Movements, Home range and Social organization. Colonies of Freeman’s Dog-faced Bat were composed of mixed-sex groups varying from 13 to 27 individuals.

Status and Conservation. Not assessed on The [UCN Red List. Freeman’s Dog-faced Bat is common in disturbed habitats. 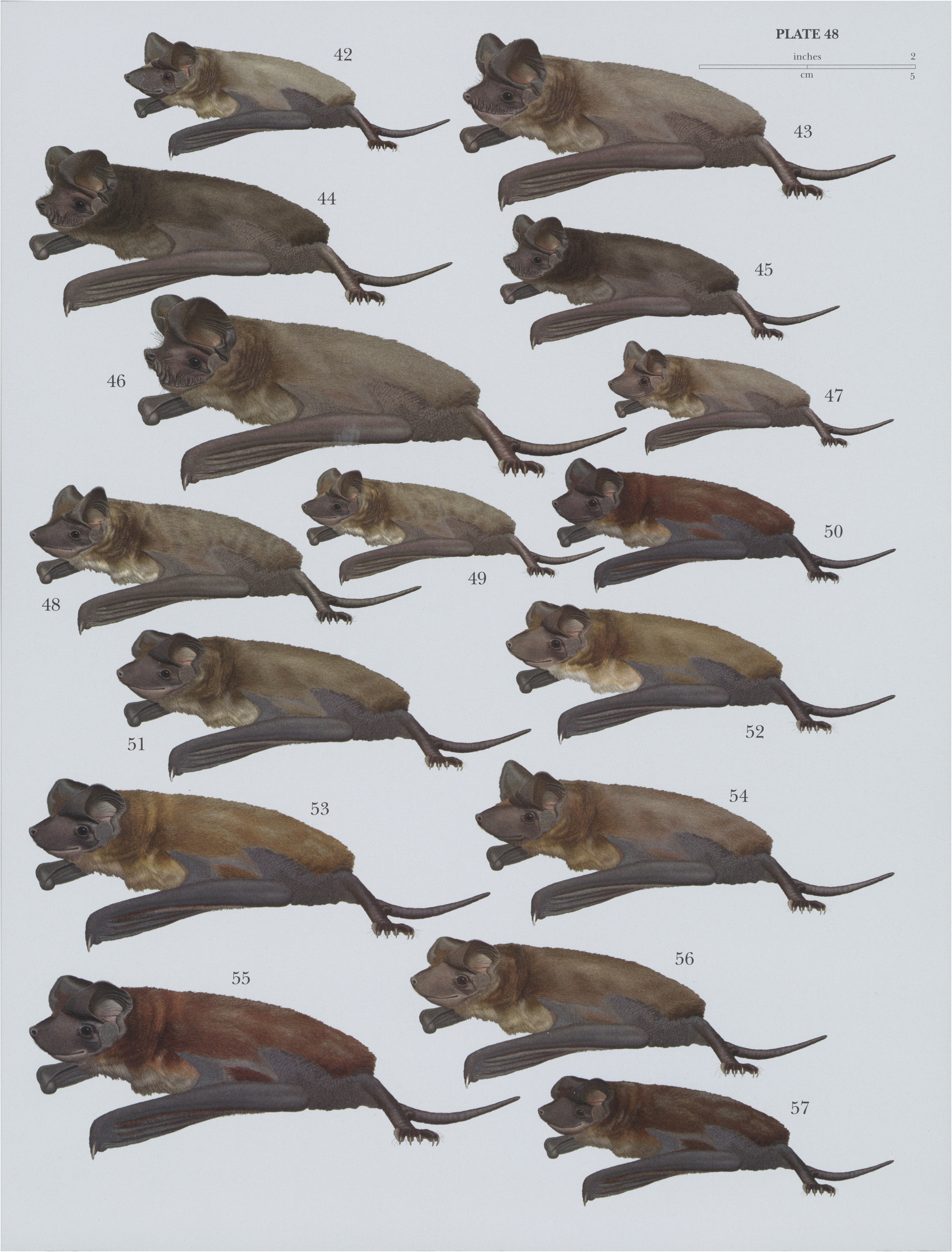 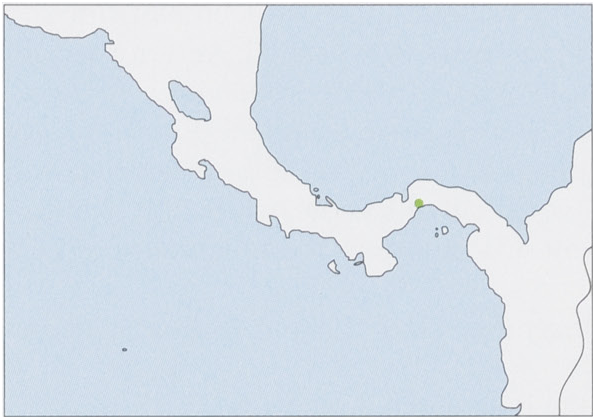 Distribution. Pacific coast of the Canal Zone region in Panama .