The specific epithet is derived from the Latin for coppery, referring to the colour of the abdomen, which has a weak metallic lustre.

The head (particularly the gena) and genitalia of Ophiomyia cuprea  are similar to those of the Californian O. delecta  Spencer ( Spencer and Steyskal 1986b: figs 271, 272), but O. delecta  differs in having eight rows of acrostichal setulae (not five to six), a black (not coppery) abdomen and a facial bulb that is much narrower than the pedicel ( Spencer 1981). Furthermore, based on Spencer’s illustration, the distiphallus of that species is more broadly rounded basally and atrophied apically. Spencer (1981) also describes the similar O. definita  Spencer (later provided the new name O. subdefinita  Spencer; Spencer and Steyskal 1986b: figs 268, 269) in his Californian revision, but the fasciculus is straight (not curved), the abdomen is also black and the distiphallus is much paler; the number of rows of acrostichal setulae are not mentioned, but it is indicated that there are also eight. 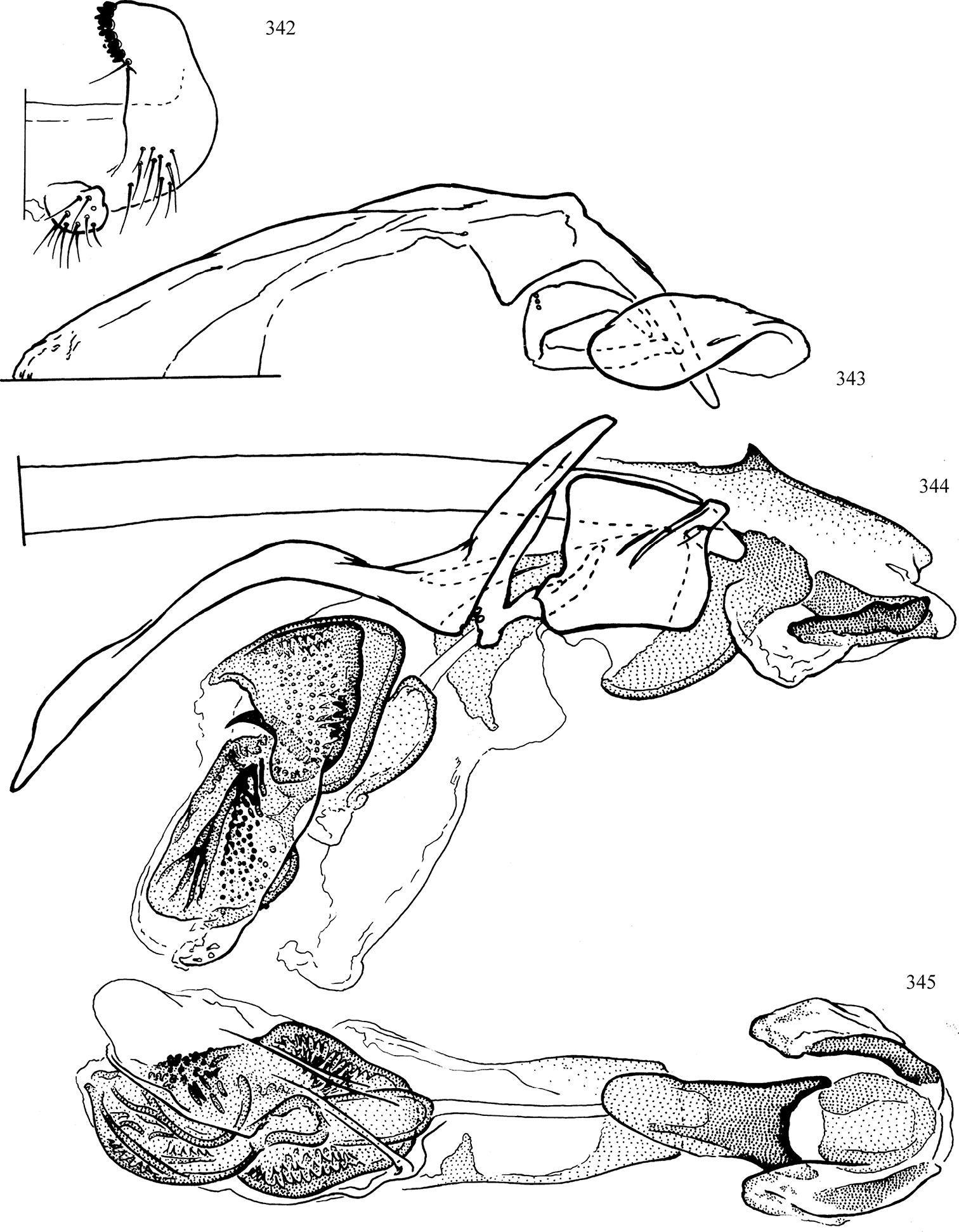