The original description was based on more than one specimen: “toujours dextre”, and a distinct variety was noted. Fischer- Piette (1950: 71) listed but did not figure the “ Holotype, 10 mm ” and noted four other specimens (not referred to as paratypes) of the same size, without explicitly selecting one specimen as the “ holotype ”. Johnson (1994: 21) referred to Fischer-Piette’s listing, noting the “ Holotype ” and the additional four specimens as “ paratypes ”, and listed additional paratypes (MCZ 161609). Neither case constitutes a lectotype designation (see introductory text regarding lectotypes). Pease’s illustrations are not detailed and the shells are coloured uniformly yellowish with a white aperture, corresponding to the “variété jaunâtre” ( Pease 1868: 347), whereas the main description states that the shells are white with a transverse greenish band and a brownish lip. Pilsbry & Cooke (1915 [in 1914-1916]: 84) discussed this apparent conflict in the context of Pease’s collection at the MCZ and specimens presented to ANSP. Two of the MNHN shells correspond to the main description (perhaps somewhat faded), while three seem to be the “variété jaunâtre”. A label of the collection of the Journal de Conchyliologie, associated with the original lot and written at the time of Fischer-Piette, says “ Holotype + 4 sp. ”, the former presumably being the one in a separate vial (MNHN IM-2000-30812), which matches the figure of Pease (1868: pl. 14, fig. 6). However, the reference to a distinct variety excluded the specimens corresponding to the “variété jaunâtre” (the three specimens indicated above) from the type series of pulchra ( ICZN 1999, art. 72.4.1), these being MNHN IM-2000-30812 (Fischer-Piette’s “ Holotype ”) and MNHN IM-2000-31703 (the other two specimens) and having no type status. We here designate the undamaged of the two specimens that correspond to the main description as the lectotype; the other specimen (with a damaged lip) is a paralectotype. 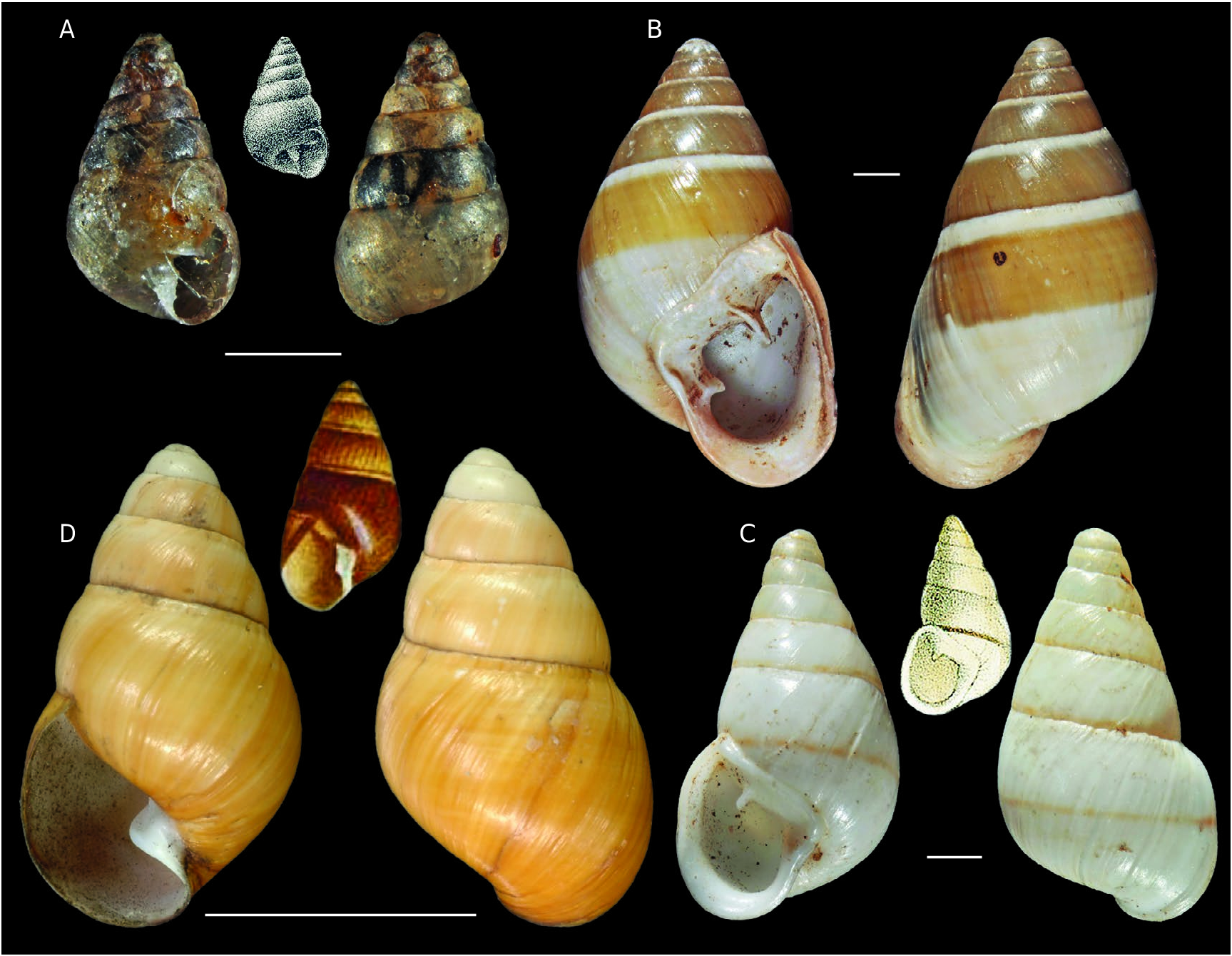