Calypogeia cordistipula (Steph.) Steph was reported by Piippo (1990) for Chinese Yunnan (based on the type) but later synonymized with C. neesiana ( Piippo et al. 1997). However, the two species are quite different. The differences from C. neesiana include acute leaf apex, slightly larger cells, acute sinus in underleaves, absence of distinctly elongated cells along leaf margin, no pale coloration (in the present specimen, we suspect blue oil bodies because plants become somewhat blackish-grayish as is common for blue-oil-bodied taxa). We suggest that C. neesiana does not occur in the Sino-Himalaya and that all records of that species may actually belong to C. cordistipula . 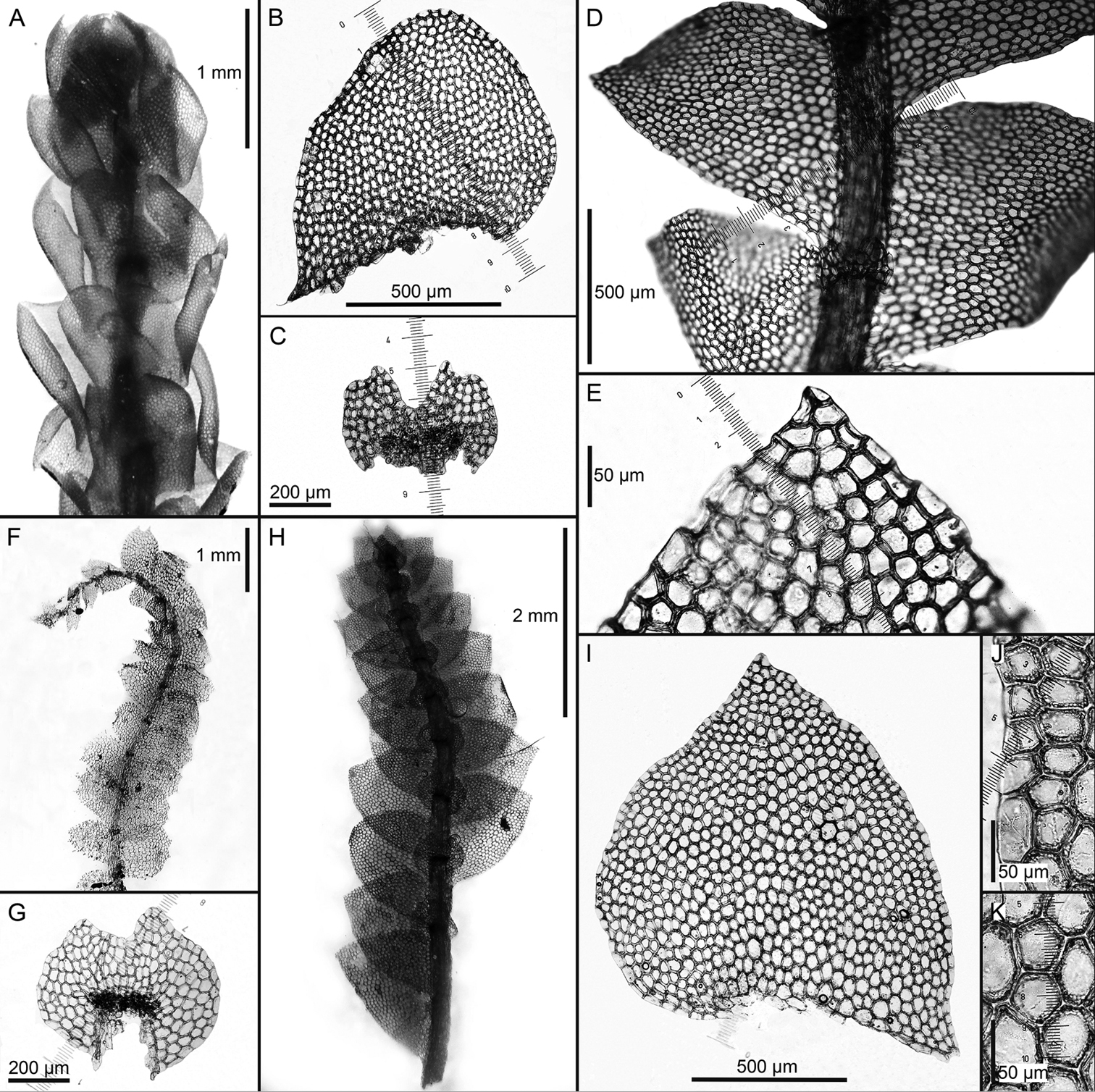 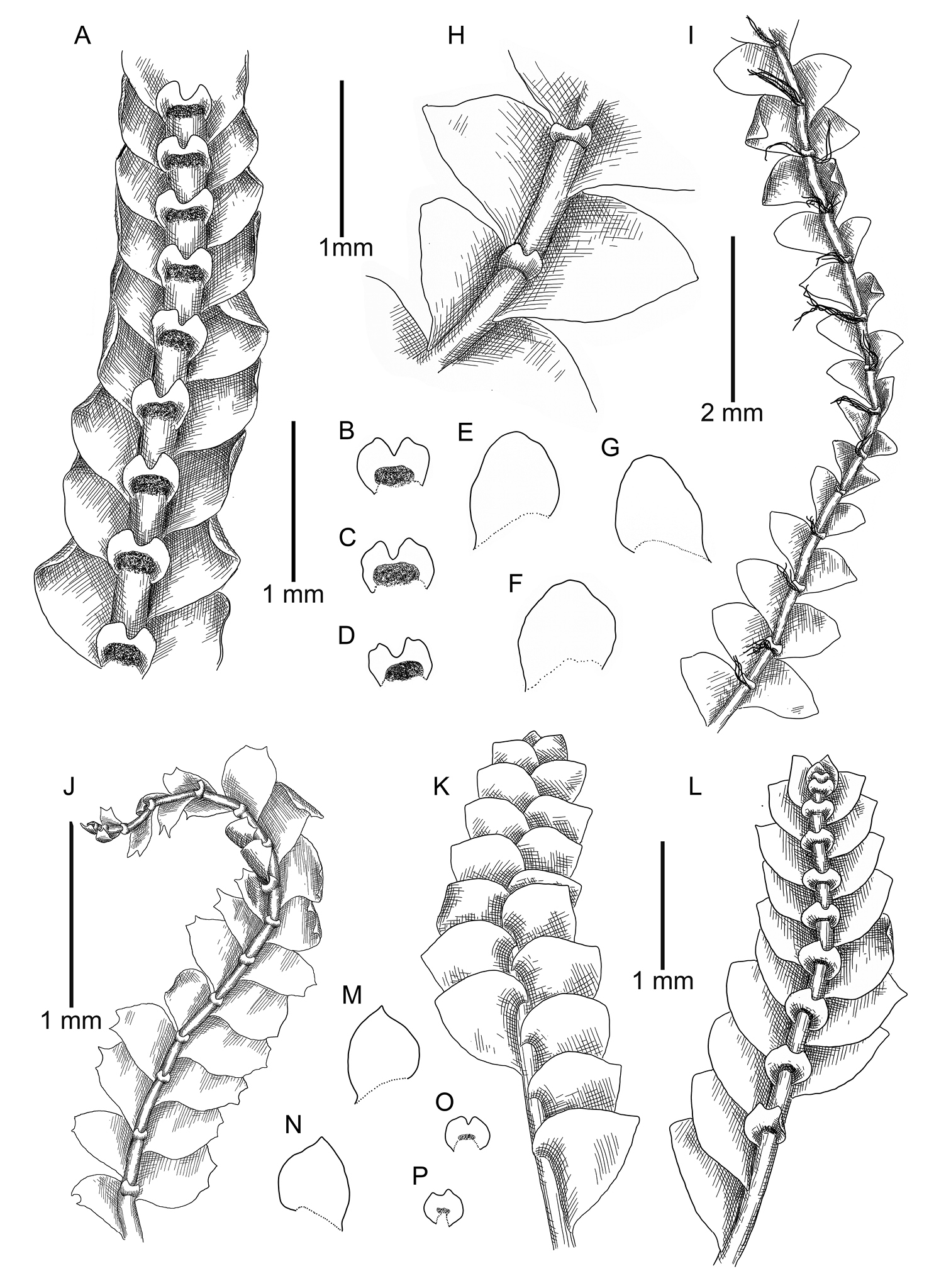