C o m p a r a t i v e n o t e s: Five species of the subgenus Tropogastrosipalia SCHEERPELTZ, 1951 were previously known from the Greater Caucasus and its western extensions. The geograpically closests representatives are Geostiba gibberiventris ASSING, 2017 ( Georgia: Mtskheta-Mtianeti) and G. tiflisensis PACE, 1996 ( Georgia: Ananuri and region to the southwest of Telavi) ( ASSING 2017b). Geostiba simplicollis is distinguished from both of them by the unmodified male pronotum, the shape of the cristal process of the aedeagus, and additionally as follows:

D i s t r i b u t i o n: The type specimens were found in two geographically close localities to the northwest of Telavi, Kakheti region, at an altitude of approximately 750 m. They were sifted from leaf litter in deciduous forests. 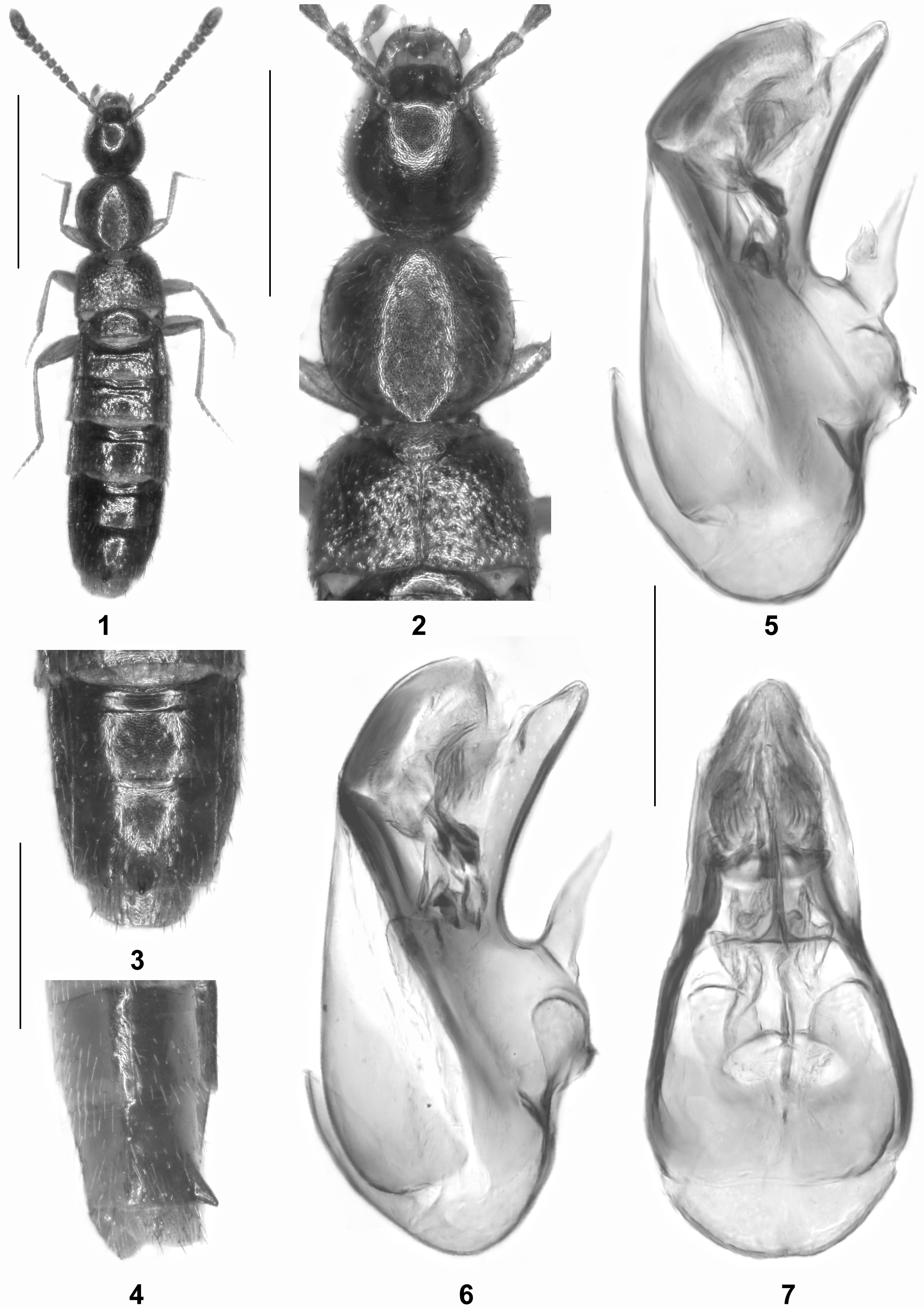