Diagnosis. This new species is difficult to place, as it lacks one of the characters used by Harris et al. 2002, to designate the genus, that of the venter of segment X being well-developed and bearing heavy spines. However, the inferior appendages are longer than segment X and thin, and the subgenital plate is reduced, which is characteristic of the genus. This is the second species to be placed in Tizatetrichia , and it is possible that these are aberrant members of the closely related genus Bredinia . However, both T. costaricensis and the new species lack the elongate thickened seta from the posterior of the inferior appendage which is typical for Bredinia . The structure of the phallus in the new species is also more similar to that seen in T. costaricensis , being deeply divided posteriorly, and lacking a medial, protruding ejaculatory duct which is typical of Bredinia . We have collected a third species belonging to this genus which strengthens our argument, but females for Tizatetrichia remain unknown and could provide additional information when discovered.

Etymology. Named for the country of Panama, whence the species is described. 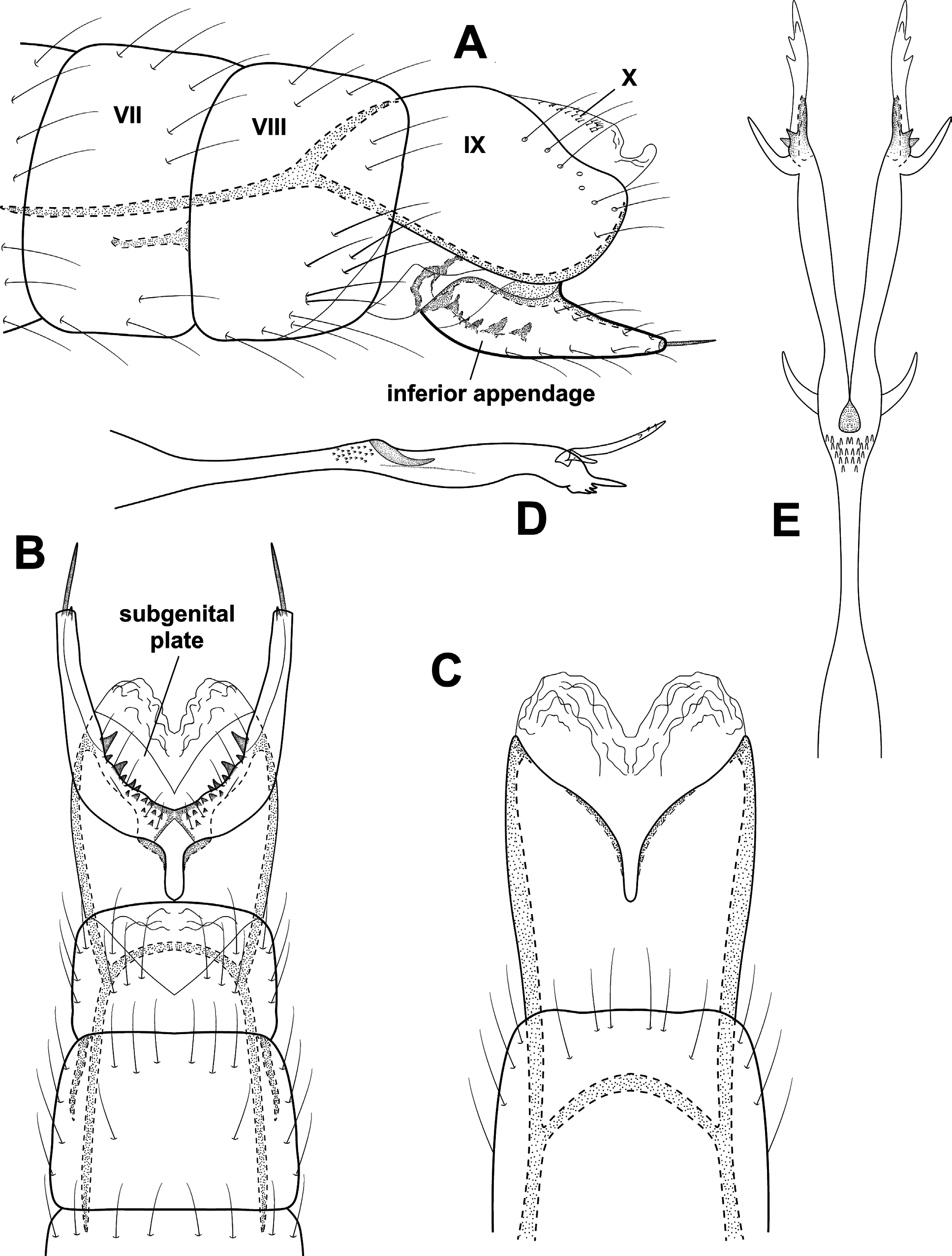