Diagnosis. This species is very similar to Ochrotrichia flagellata which was described from Panama by Flint in 1972. The new species differs from O. flagellate most notably in the structure of the phallus apex; in O. flagellata the phallus ends in a spiral process which is absent in O. birdae . There are several other differences seen in the new species; the dorsal extension of segment VIII is more pronounced and the apical portion of segment X is straight as opposed to upturned, both features as seen in lateral view. Also, in O. flagellata the inferior appendages are shorter than the tenth segment

Etymology. Named for Suzanne Bird Boyden, colleague of the first author at Clarion University, in recognition of her contributions to ecology, and instilling an appreciation of nature in our students. 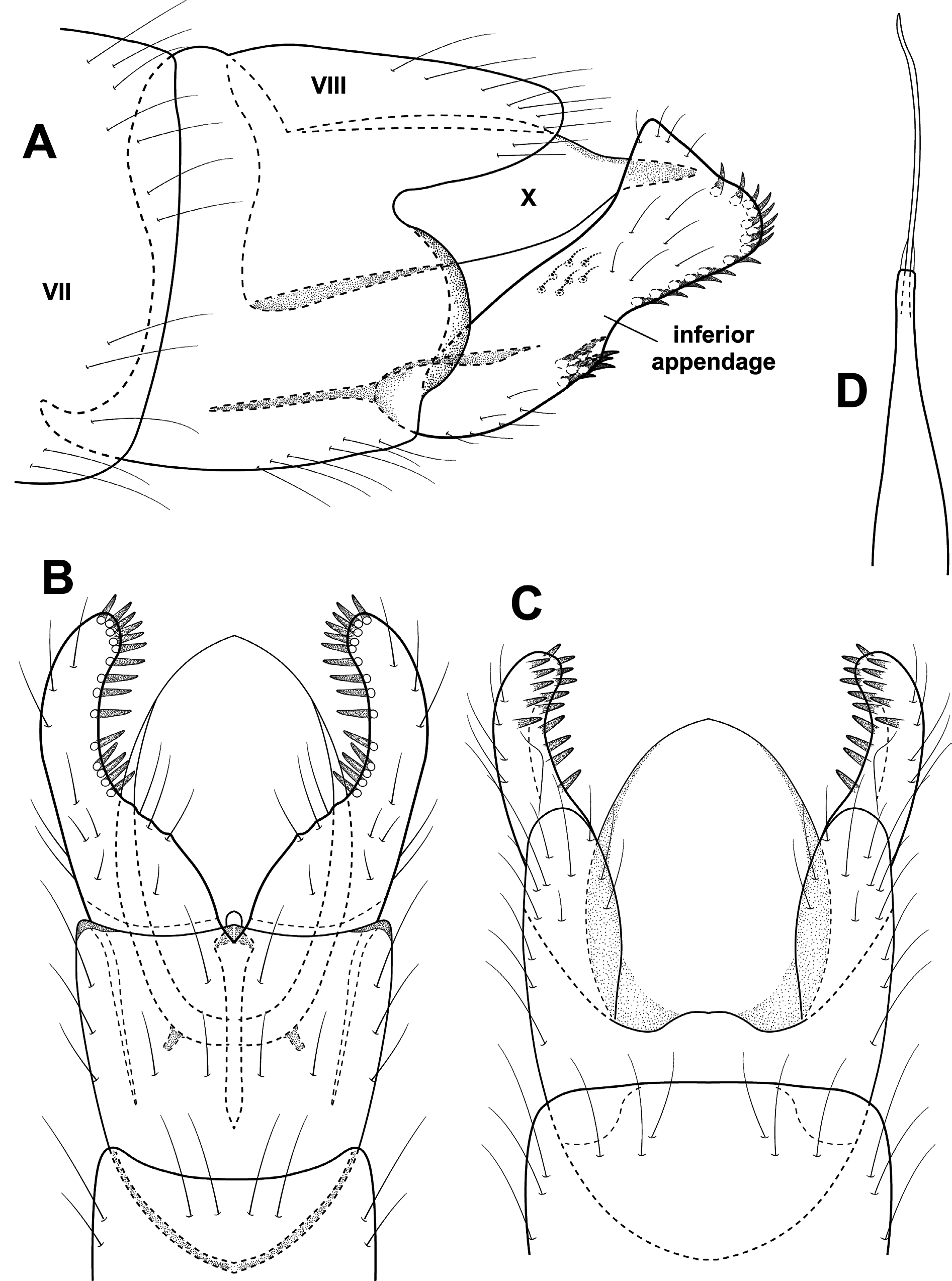 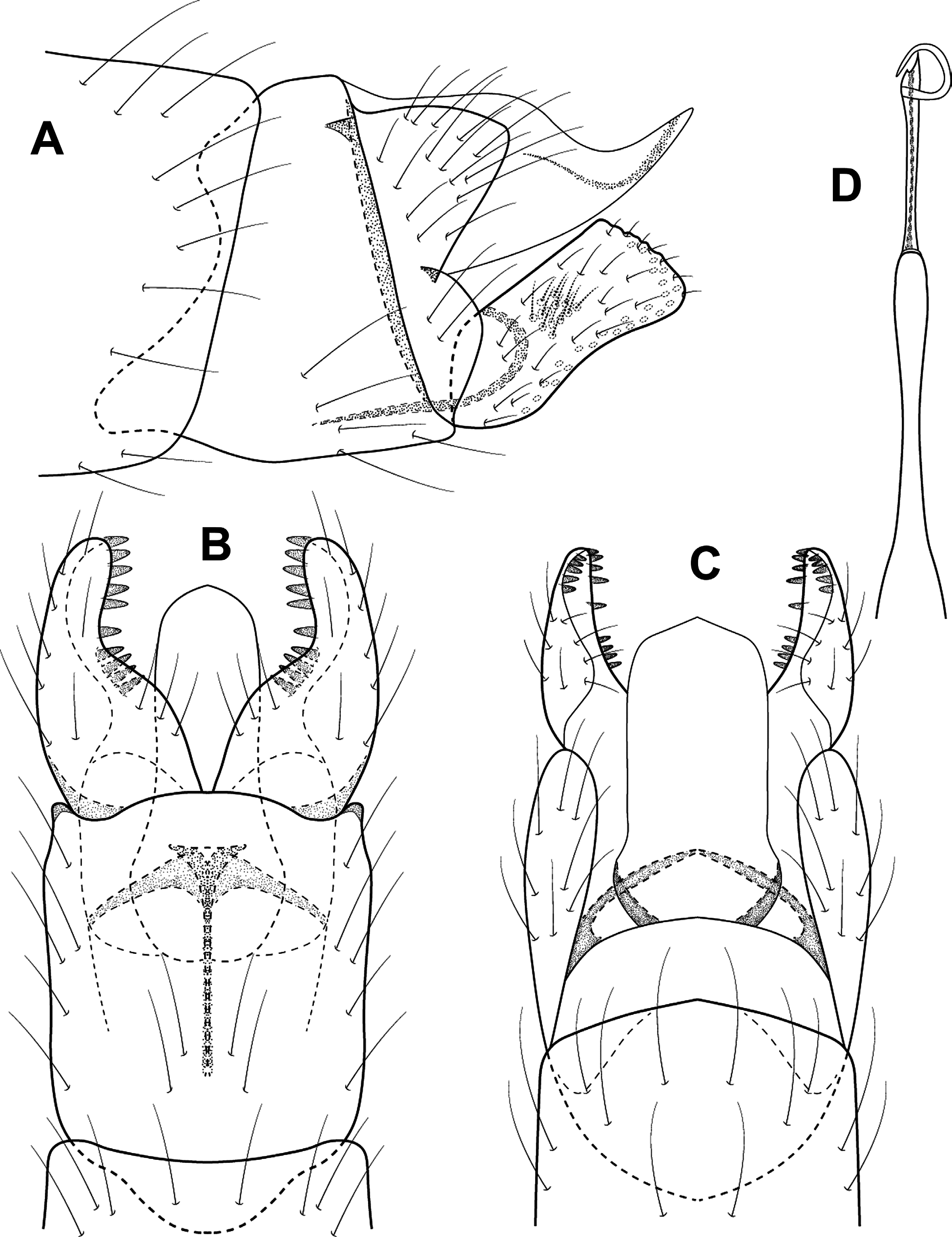