Diagnosis. Neotrichia carlsoni   is a member of the collata group of Keth et al. (2015) based on the paired apical rods of the phallus, the prominent dorsal projection of the subgenital plate and the lateral extension of segment IX. The new species is most similar to N. hiaspa (Mosely)   , which is also known from the Bocas del Toro Province in Panama, based on the thin dorsal spike from segment IX, the thin, elongate inferior appendages, and the bifid phallus apex. It differs from N. hiaspa   in the configuration of the subgenital plate, the shorter dorsal spike from segment IX, the longer inferior appendages, and the elongate phallic apex.

Etymology. We take great pleasure to name this species for Eric Carlson, owner and operator of Rambala Jungle Lodge, who collected this species and many other interesting caddisflies in the Quebrada Rambala watershed.

Note. As the new species is similar to N. hiaspa   , we have provided new drawings ( Fig. 13 View Figure 13 ) of a specimen found in Panama. Comparing this specimen to material from Mexico provided by Dr. Joaquin Bueno and the drawings of the holotype in Keth et al. (2015), we found considerable variation in the apical spines of the phallus and in the configuration of the inferior appendages, particularly in the ventral aspect. Mate- rial examined: Mexico, Chiapas, Cascada de Misolha, May 18, 1981, J. Bueno and H. Velasco, 1 male;   Panama, Bocas del Toro Province, Quebrada Canaza @ pipeline road, May 18, 1985, R. Flowers, 1 male   . 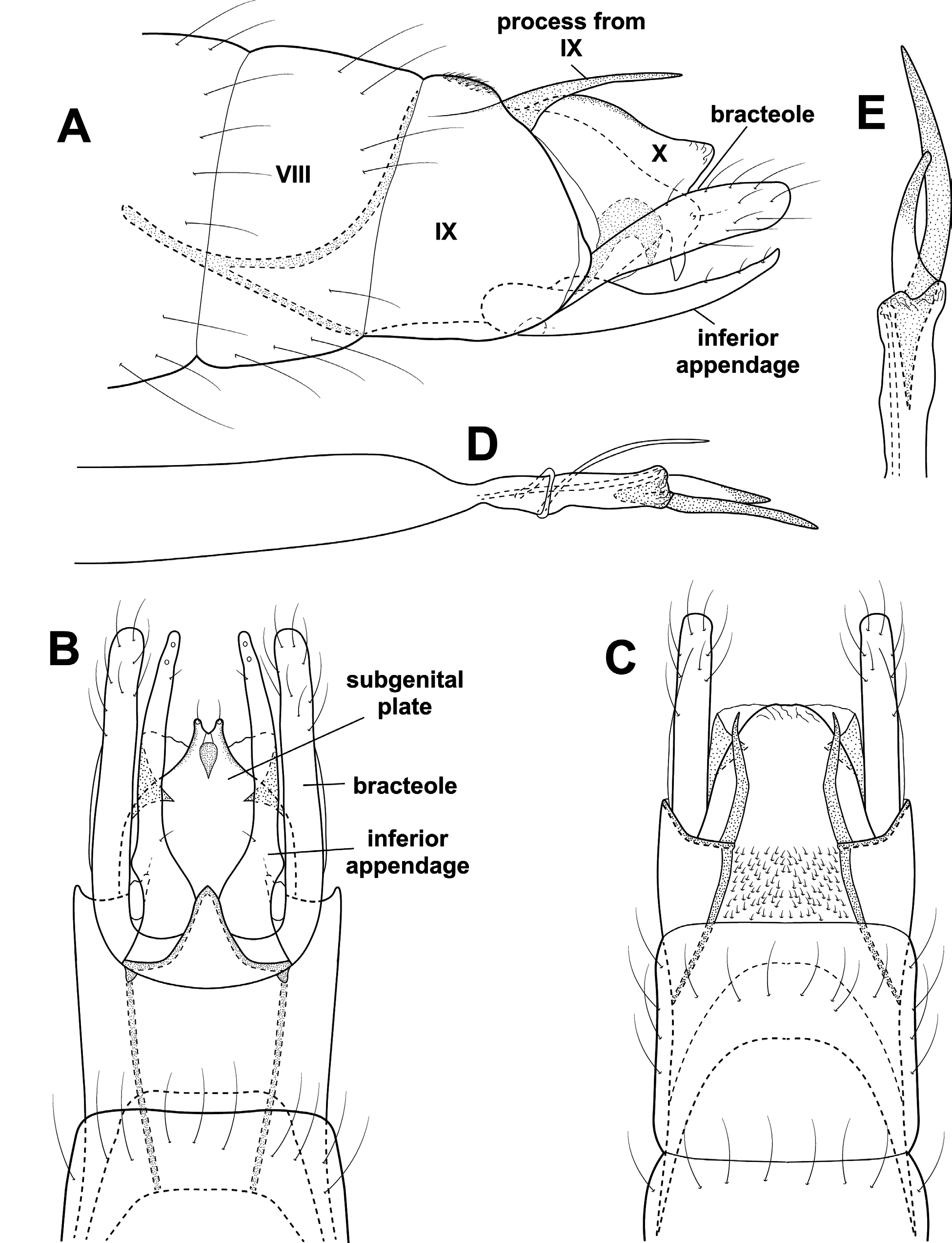