Justification of synonymy. The genus Teuia  was originally proposed for a single species ( T. beckeri  ) that has a highly unusual procursus (partly wrapped around the bulbal process; Huber 2000: figs 1259–1260) but lacks an epigynal pocket (Huber 2000: fig. 1263) and contiguous male cheliceral apophyses (Huber 2000: fig. 1262). The new species M. sepitus  described below shares the distinctive morphology of the procursus and was collected only 130 km from the type locality of Teuia beckeri  . However, M. sepitus  has an epigynal pocket and contiguous male cheliceral apophyses. Molecular data (Eberle et al., unpublished data; see Appendices 1–2) also support a position of this new species within the Southern clade of Mesabolivar  . Teuia  is thus synonymized with Mesabolivar  , and T. beckeri  is transferred accordingly: Mesabolivar beckeri (Huber, 2000)  , comb. n.

Note, however, that the name Teuia  is an available name in case Mesabolivar  is split (e.g. for the “Southern clade” in Appendices 1-2). Another genus that might be revalidated in such a context is Kaliana Huber, 2000  . As indicated above (Introduction), I do not implement such drastic formal changes here for two reasons: (1) current evidence is rather limited as far as taxon sampling and support values are concerned; (2) the gain of such formal changes is dubious if the diagnosability of the resulting genera is not improved.

Notes. For recent updates on generic diagnosis and description, see Huber (2015). Most of the new species described below fit this generic concept that dates back to Huber (2000) and was further developed in Machado (2007). The two key features are (1) an epigynum with median groove or pocket (e.g., Figs 20View FIGURES18–25, 112View FIGURES 104–114, 223View FIGURES 223–226), and (2) male cheliceral apophyses with a pair of contiguous frontal apophyses (e.g., Figs 18View FIGURES18–25, 118, 215). Most species that do not fit this concept are part of what is below informally described as the ‘ difficilis  group’. Several species in this group of litter-dwelling species do not share any of the diagnostic characters. However, molecular data consistently place them among Mesabolivar  . The same is true for individual representatives of other species groups proposed below, for example in the togatus  group. In addition, it is now fairly evident that the two key features are shared by certain representatives of the closely related genus Carapoia  (e.g., C. lutea  , C. tapajos  , C. maculata  ). In its current scope, a morphological diagnosis that covers all species of Mesabolivar  is probably impossible. 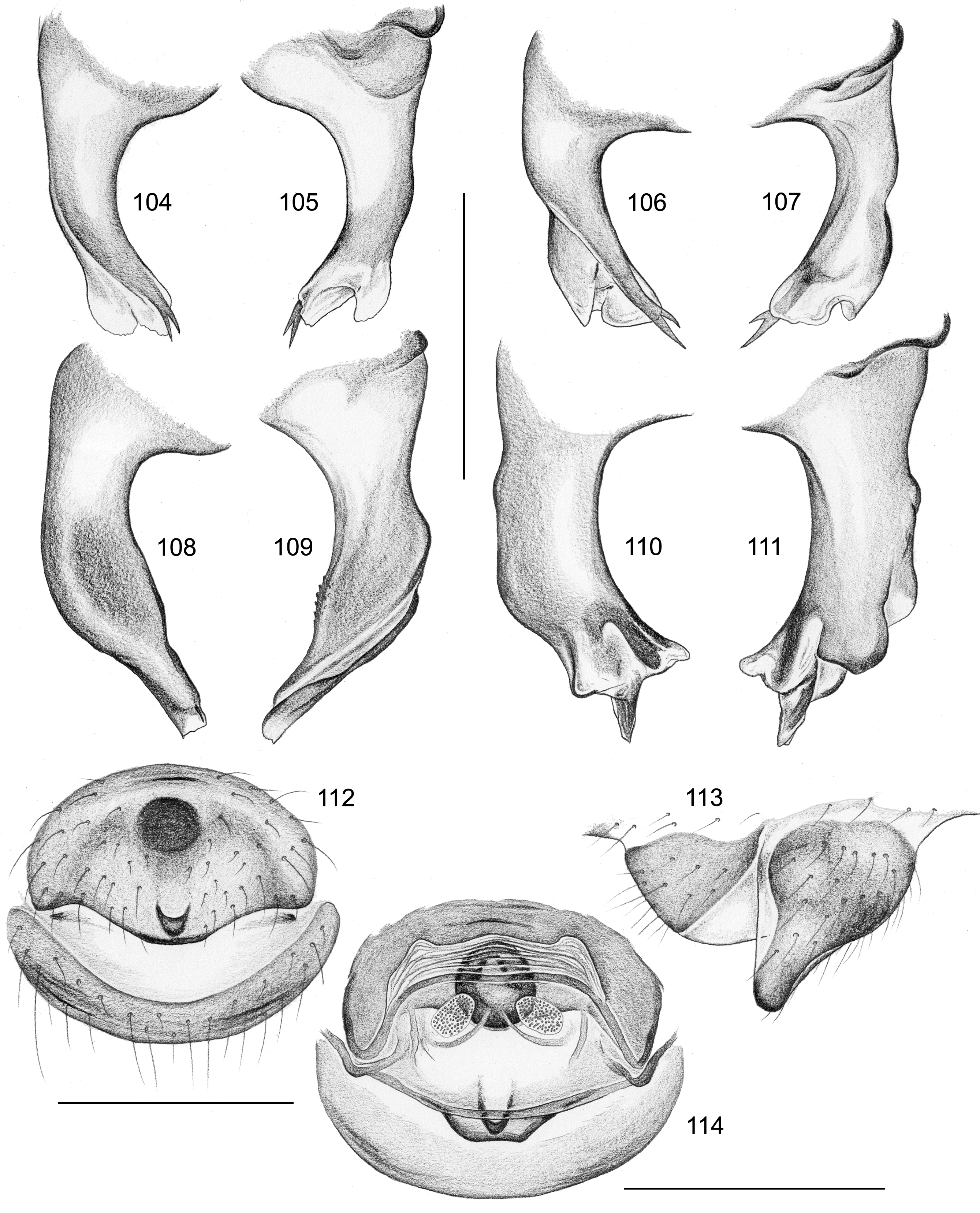 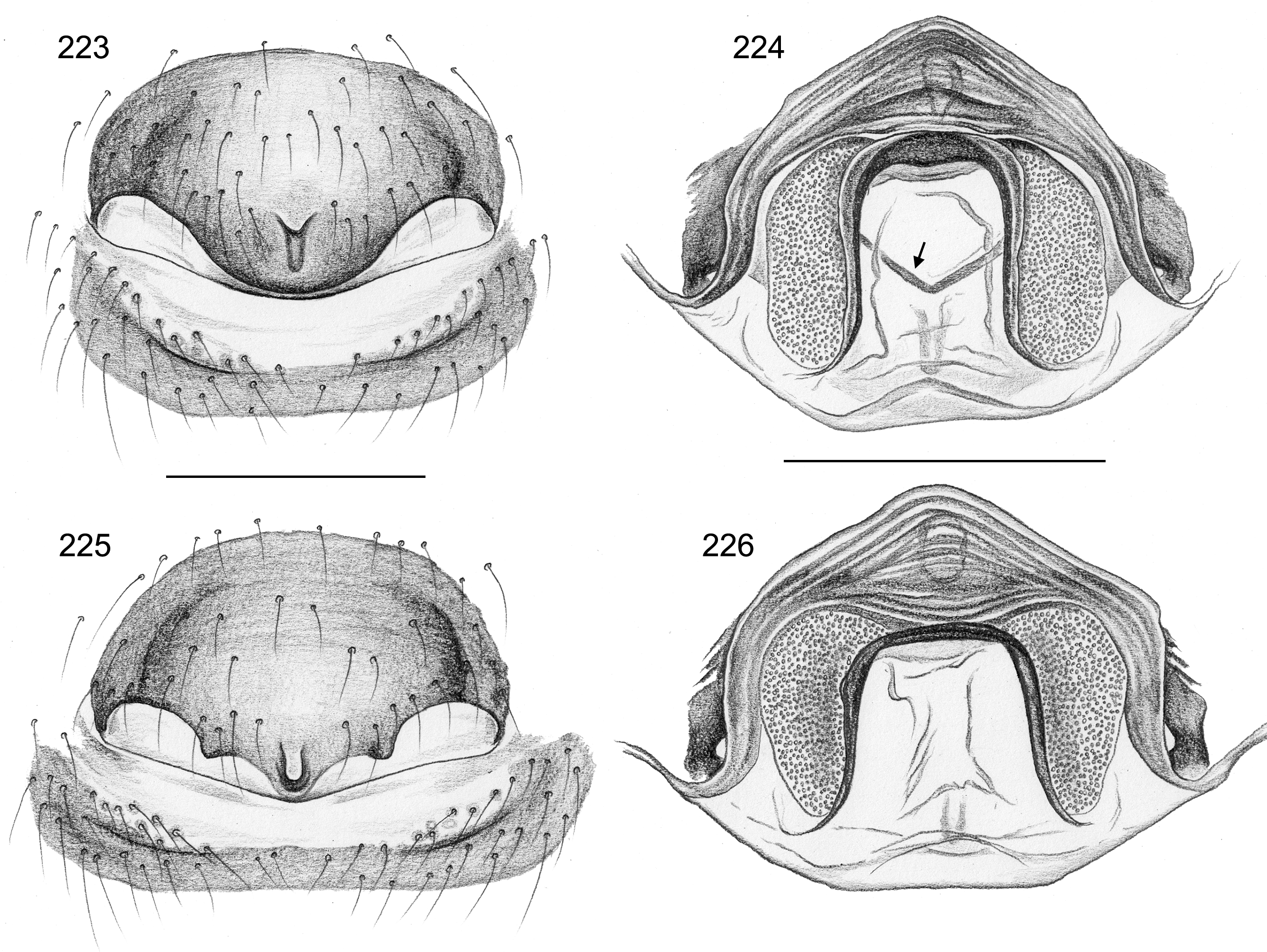