Pollet, Marc, 2005, Systematic revision of Neotropical Achalcus and a related new genus (Diptera: Dolichopodidae, Achalcinae) with comments on their phylogeny, ecology and zoogeography, Zoological Journal of the Linnean Society 143 (1), pp. 27-73: 61-64

Remarks. During the examination of the holotype, the long ventral bristle on the 3rd tarsomere of leg I, regarded as a diagnostic feature by Van Duzee (1930: fig. 55, plate II), appeared to be an artefact. The bristle was not inserted and only present on one of the legs.

Etymology. Refers to the resemblance of this species to the closely related A. robustus   described below. 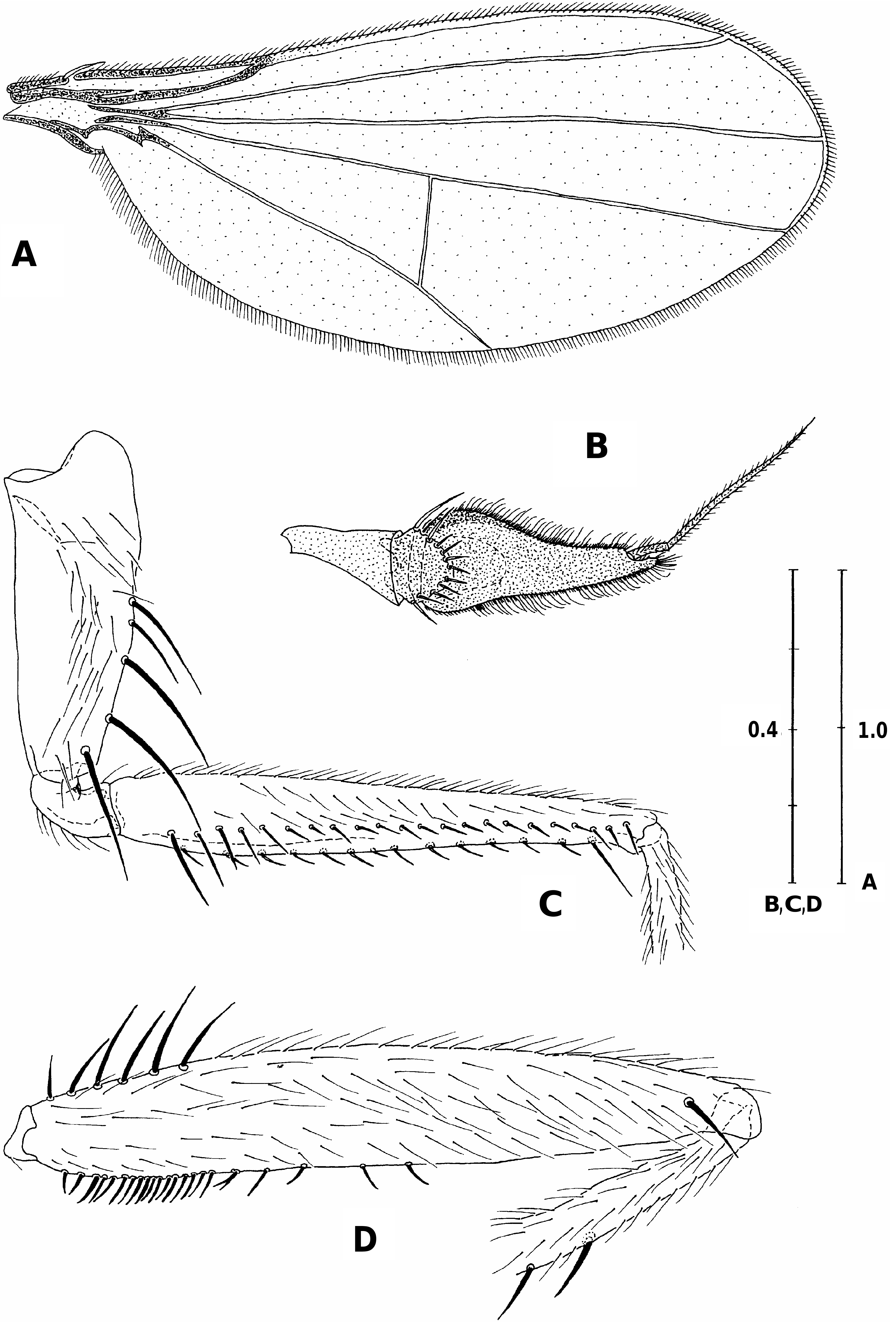 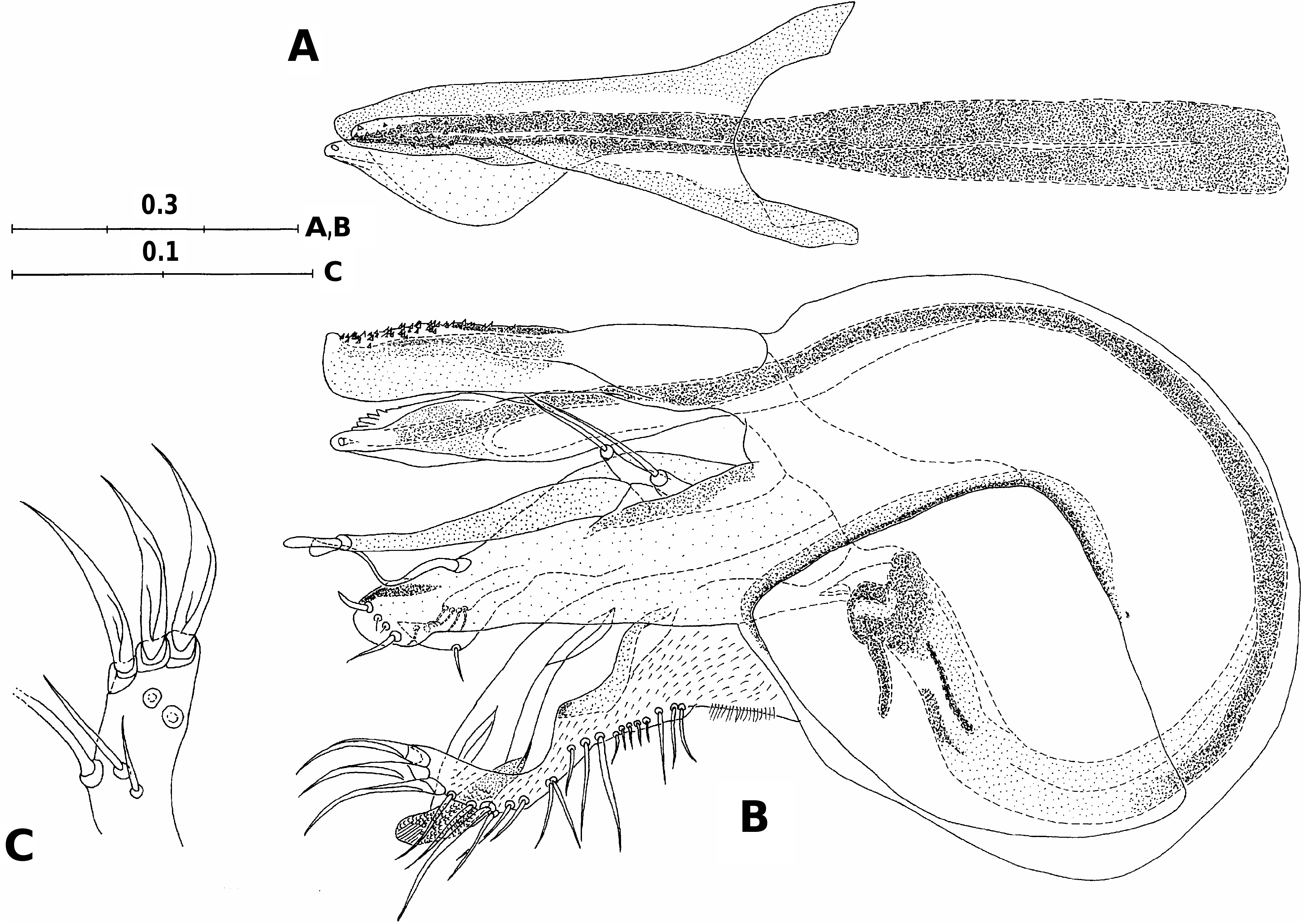