The distribution of the Bennarellini remains poorly known, and the tribe occurs so far only in the Neotropical region, with the four included genera recorded in some countries: Bennarella   in Guyana and Brazil, Amazobenna   in Brazil, Noabennarella   in Costa Rica and Ecuador, and Loisirella   in Ecuador ( Holzinger et al. 2013). Taxa not formally described were also mentioned for Peru ( Holzinger et al. 2013). Amazobenna   has been recorded exclusively for the Brazilian part of Amazonian Biome ( Penny, 1980). The lack of more collecting efforts and specialists studying this group in the region certainly contribute to this scarce knowledge.

Nothing so far is known about the phylogenetic relationship between genera of Bennarellini, thus making difficult to recognize sister groups relationships. The included genera share the presence of unique abdominal appendages, considered an autapomorphy of this clade ( Emeljanov 1989, Holzinger et Kunz 2006), as well as similarities in the venation of the wing, as the presence of pterostigma and the same number of branches of the vein R, and aspects of the aedeagus, as the presence of spines and genital style spoon-like ( Penny, 1980; Holzinger et al. 2013). However, Amazobenna   and Bennarella   share some morphological characters, such as the weak median carina of frons, lateral carina of frons less produced and directed obliquely laterad, and lateral abdominal processes with five sensorial pits ( Holzinger et al. 2013), indicating a possible close relationship between these genera.

There is no information on the biology of Amazobenna   species to date, but specimens label data indicate that they can be found in shrubby plants of the lower strata of moist dryland primary forest in the Amazon. Approximately 75% of the Amazobenna   specimens analyzed in this study were collected in November, January and May, during the rainy season in the region, while the other 25% were collected in June and July, less rainy season ( Marques-Filho et al. 1981). Representatives of Amazobenna   are somewhat rare in collections and the methods employed to collect them have been Malaise, CDC and Mixed Light – BLB traps, additionally to sweeping. 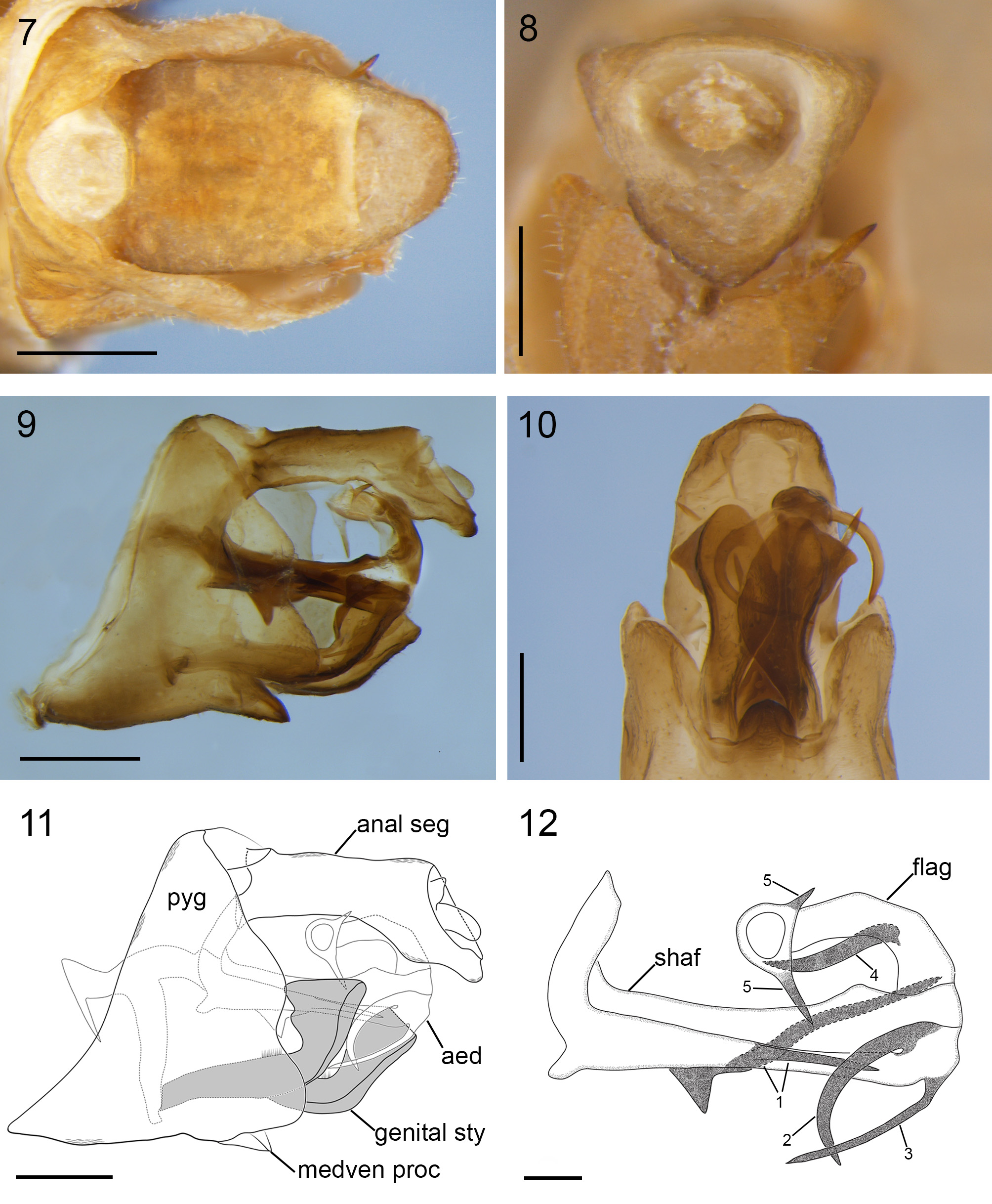