This species is named after the sharply pointed, stout spines present on the apex of the hind tibia (Fig. 23A-F View Figure 23 ). Noun in apposition. 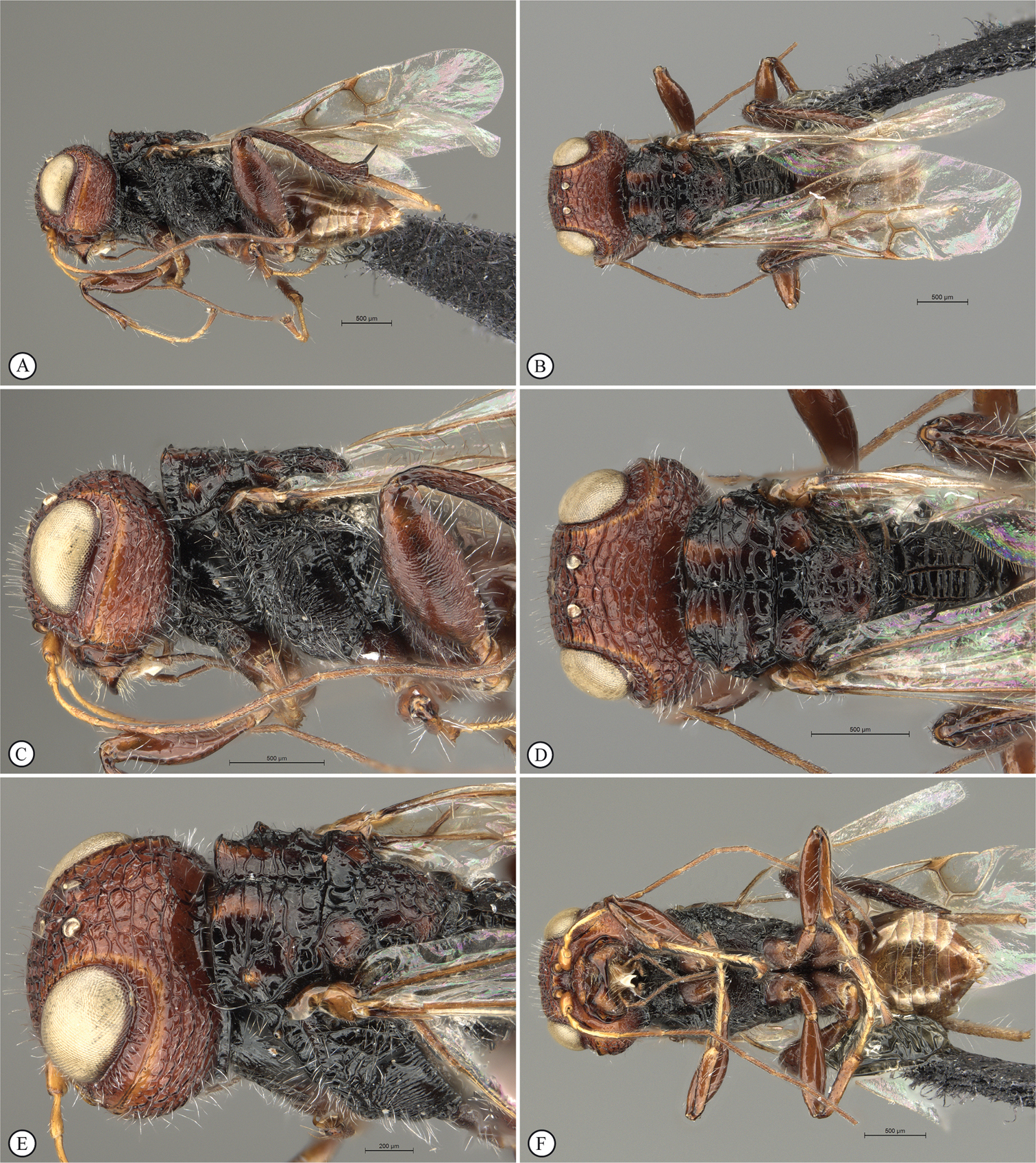 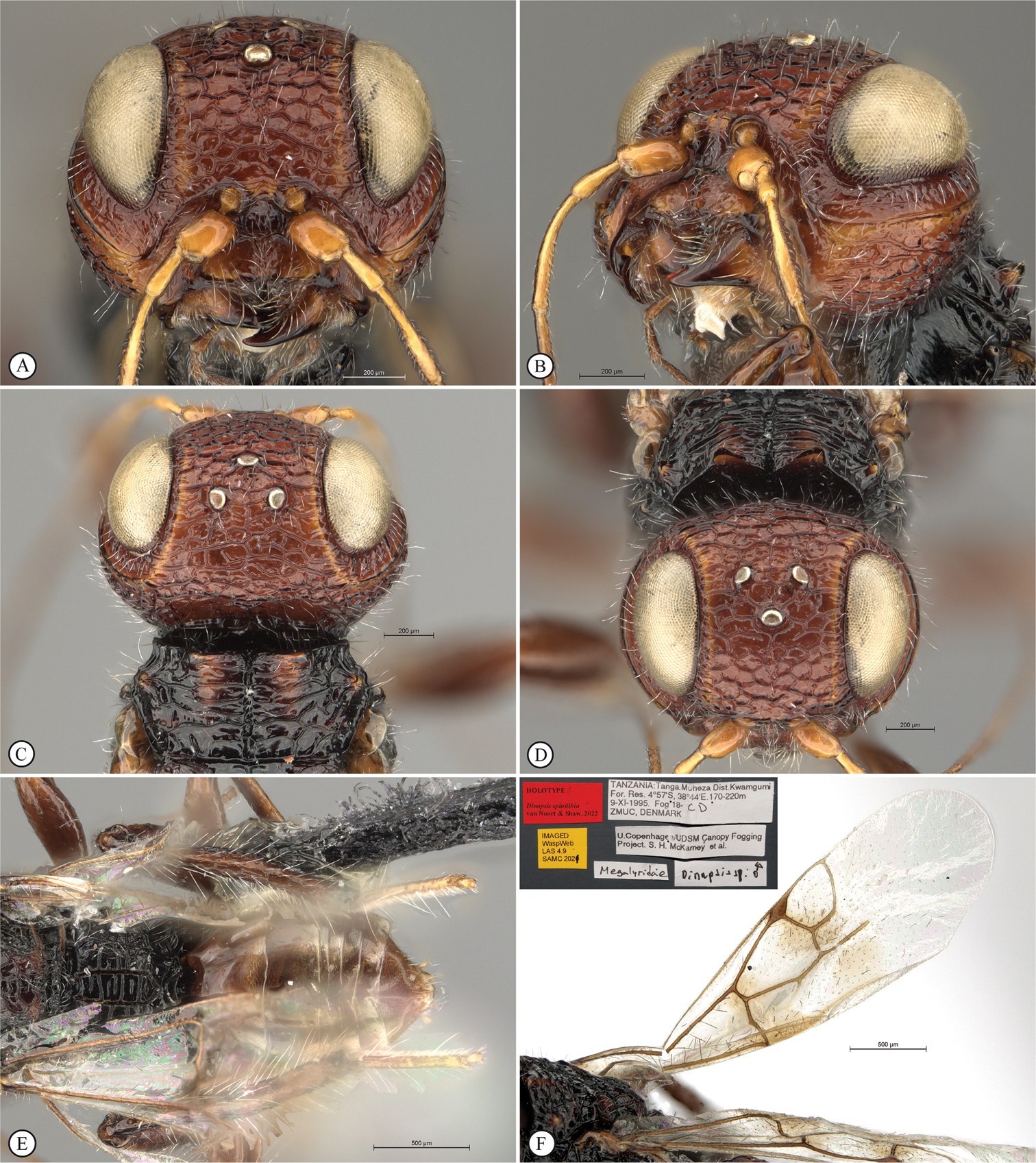 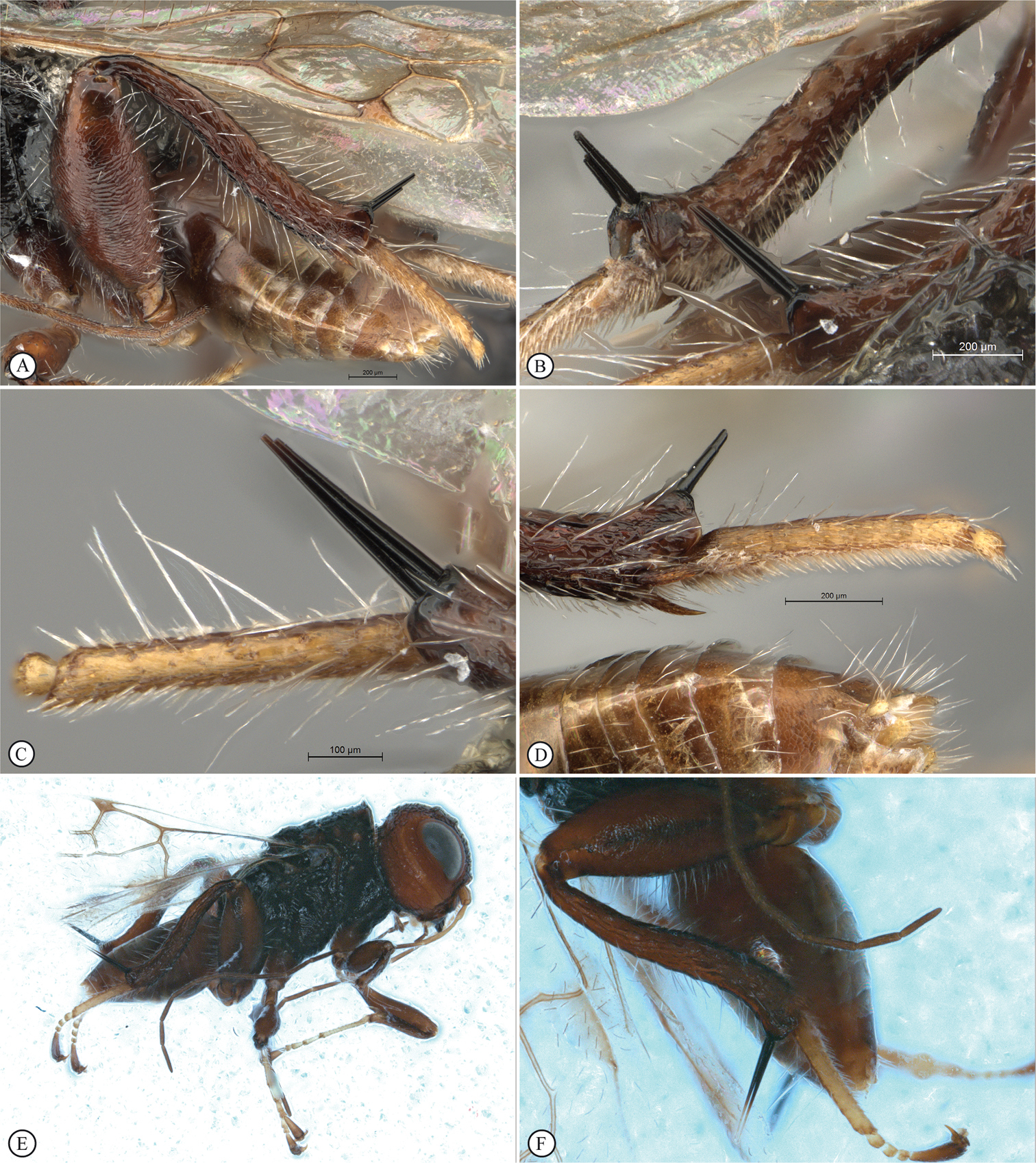 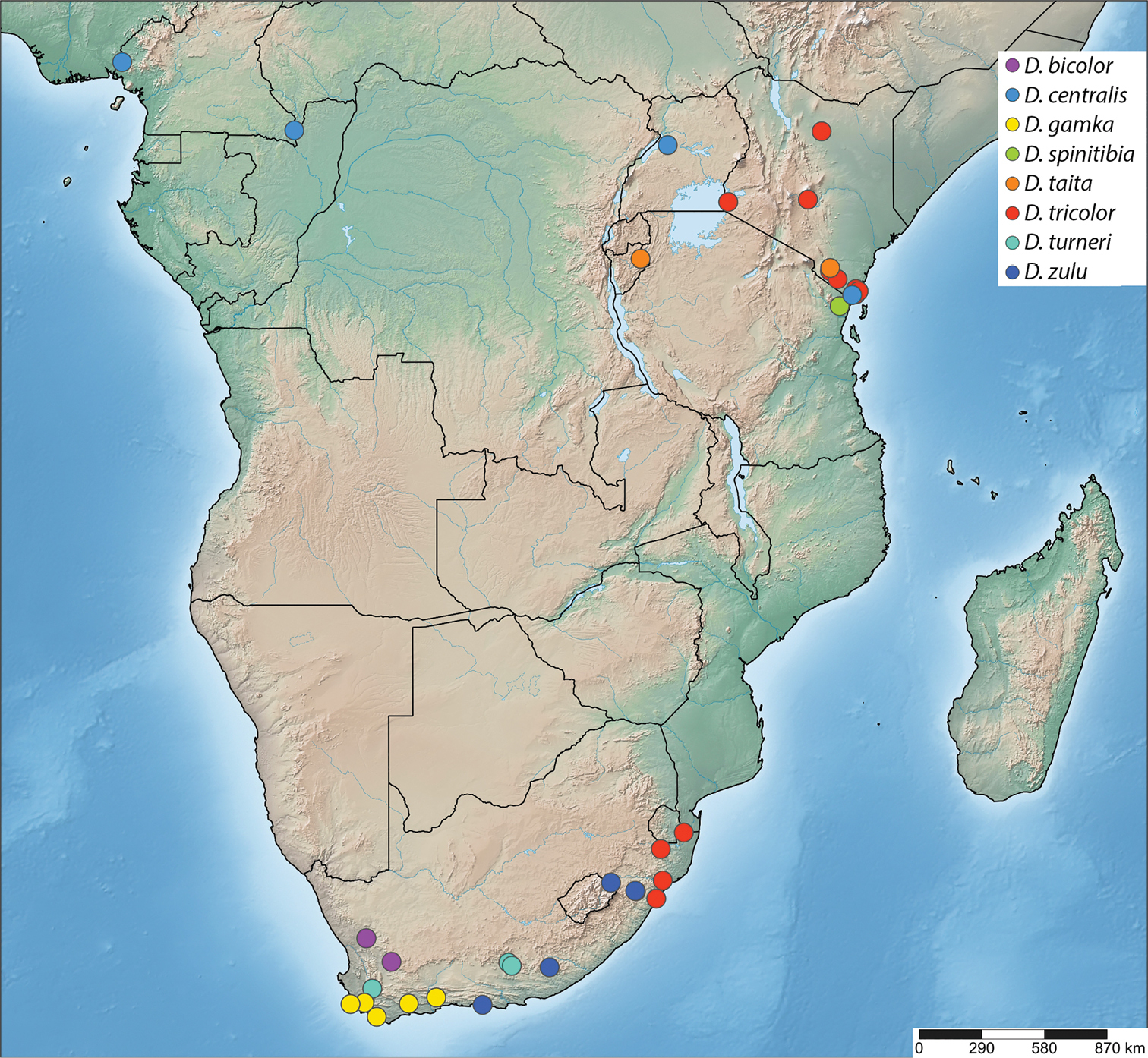