Remarks: Adesmus culiki   is similar to A. seabrai Lane, 1959   ( Fig. 55 View Figures51-55 ), also known only from the Brazilian state of Espírito Santo, by the black macula on pronotum and basal half of the elytra, and color of the legs, but differs: head lacking dense white pubescence (present in males and females of A. seabrai   ); posterior third of the elytra entirely with white pubescence (with on large area without dense white pubescence dorsally and laterally on posterior half, sometimes fused apically, in A. seabrai   ); area of elytra after middle with wide region with slightly conspicuous pubescence (absent in A. seabrai   ). Chromatic gender dimorphism was already reported in Hemilophini   : Phoebe ornator (Tippmann, 1960) ( Perger et al., 2017)   .However,even in large series of P.ornator   the pubescence on dorsal surface of the elytra is nearly identical in males and females. Furthermore, the holotype of A.seabrai   is a female and does not show chromatic differences with males of the species, as well as the 27 specimens (males and females) examined. 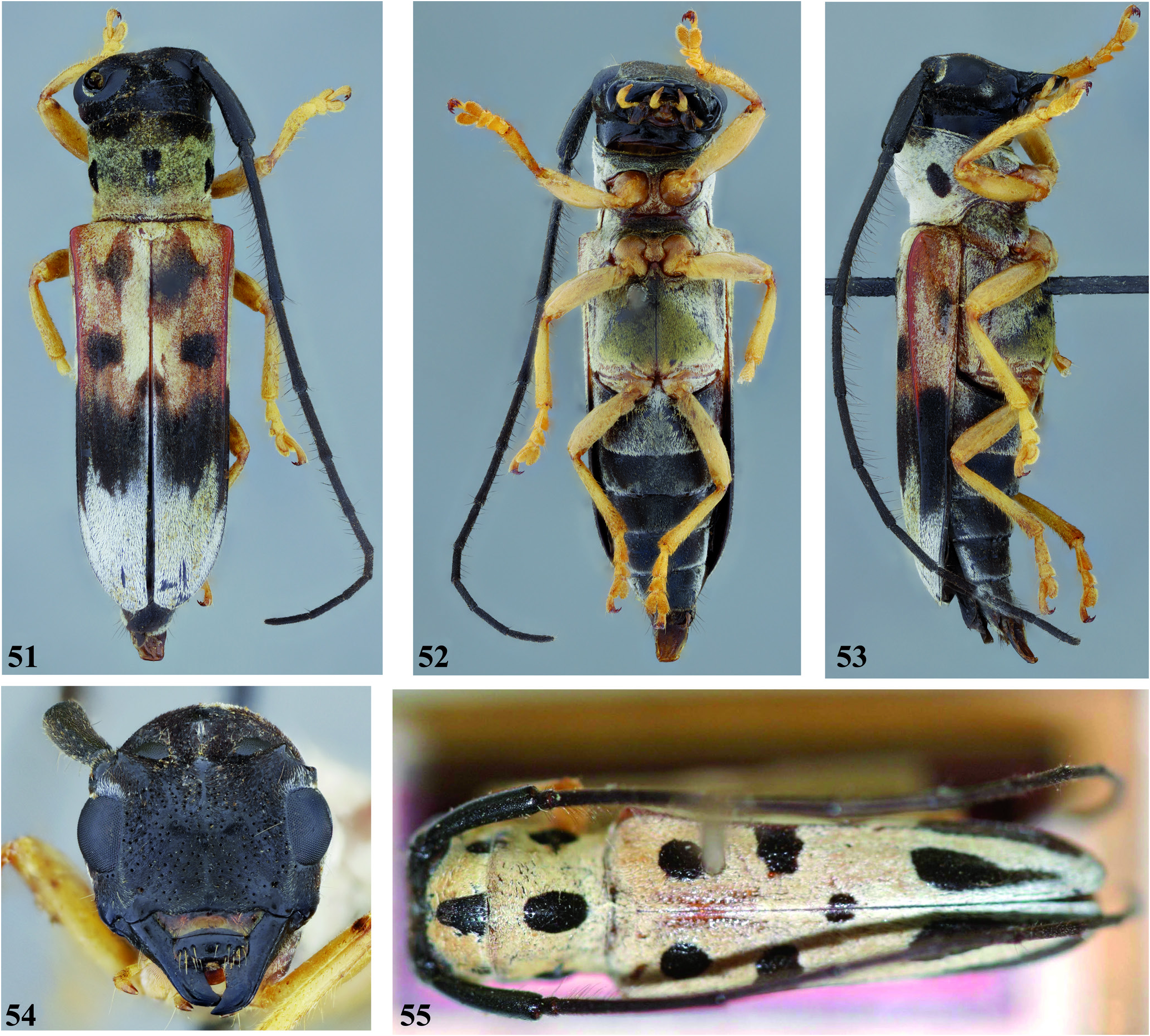