Recognition. This species is distinguished from the similar I. nupta   by the broad apex of the epandrium and surstylus not curved dorsally, as well as by the laterally expanded apex of the hypandrium ( Figs 38, 39 View FIGURES 36–40 ).

Etymology. This species is named after the distribution of this species around the San Francisco Bay Area in northern California and it is considered a noun in apposition.

Remarks. This species is very similar to I. nupta   , distinguished by the male terminalia and apex of the epandrium and surstylus.

The above specimens listed under Additional material examined, are possibly conspecific, but males differ from the type series in the shape and width of the hypandrium in posterior view ( Fig. 40 View FIGURES 36–40 ). The hypandrium is narrower and apically rounded in the additional material and uncertain if this could be interpreted as a different species. In addition, the apex and length of the male cercus varies from truncate to slightly prolonged among specimens. New material and, especially, molecular study of different populations would be helpful in sorting through these variations. 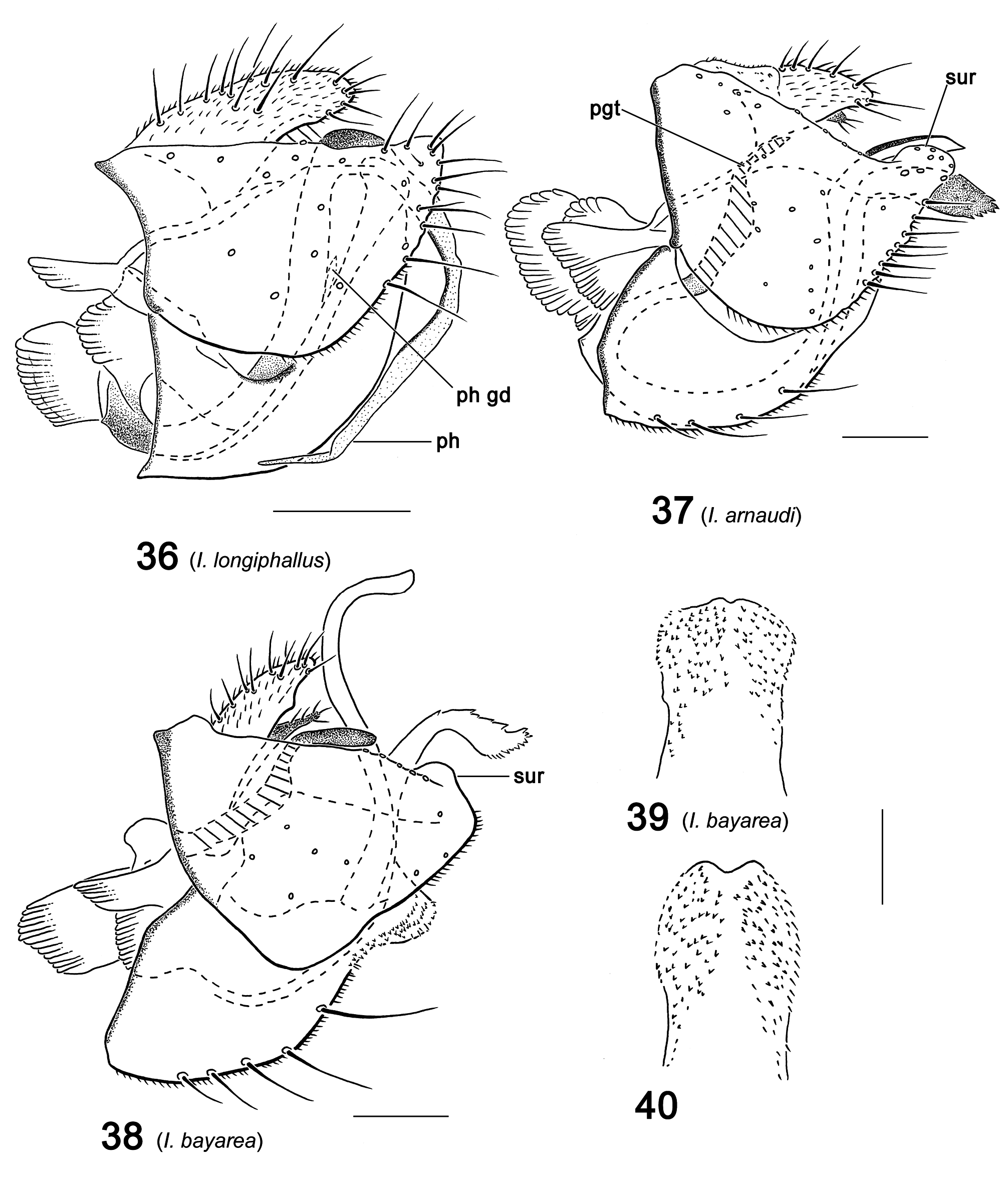 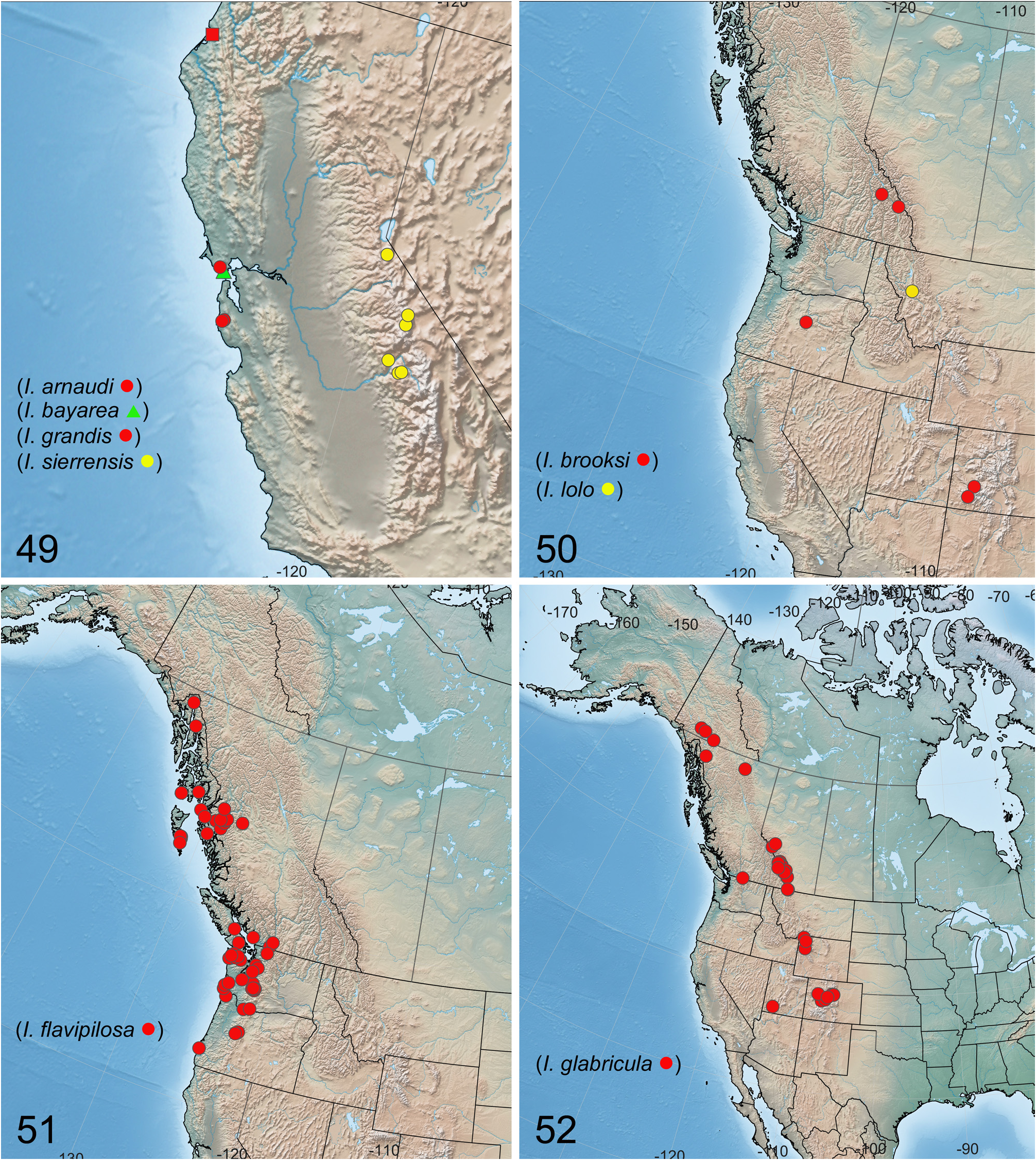