Sinclair, Bradley J., Borkent, Art & Wood, D. Monty, 2007, The male genital tract and aedeagal components of the Diptera with a discussion of their phylogenetic significance, Zoological Journal of the Linnean Society 150 (4), pp. 711-742 : 725

Testis: Each testis is long, slender, and spindleshaped, often yellowish-orange in dissections. The testes of Ptychoptera nr japonica Alexander and Ptychoptera contaminata (L.) are positioned far posteriorly, lying near the accessory gland complex.

Remarks: The genital tract is quite variable in the genus Ptychoptera . The configuration of the vasa deferentia is similar to that observed in Bibionomorpha and Culicomorpha . The accessory gland complex comprises a number of chambers that are separated, connected by slender ducts or fused into a single gland. 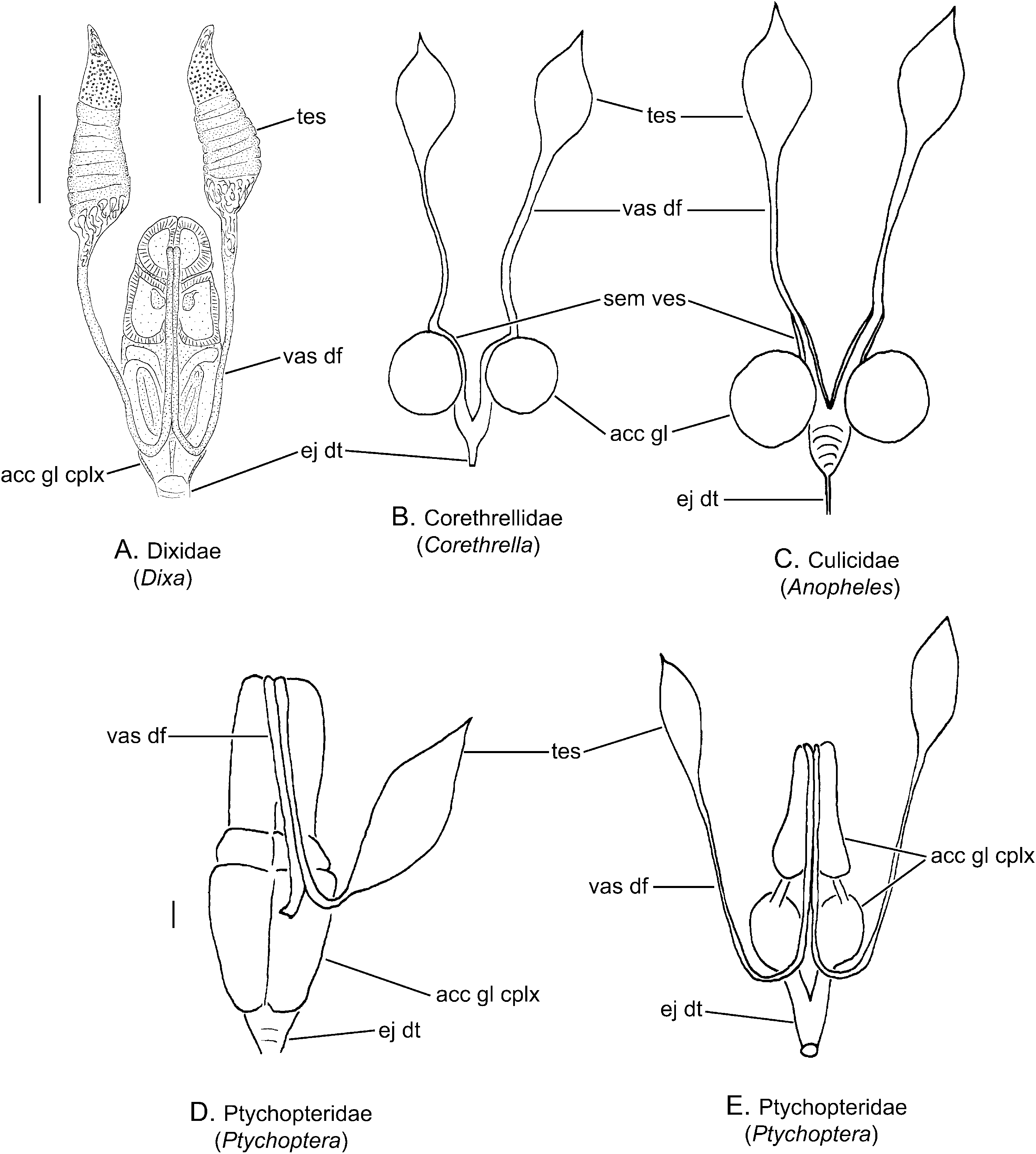