Images of the holotype of this species, USNM 121064, are available at the All Catfish Species Inventory website: http://acsi.acnatsci.org/base/image_list.html?mode=genus&genus= Ancistrus

Diagnosis. Ancistrus martini   can usually be distinguished from Ancistrus caucanus   by having a snout length to head length ratio of 55.5–65.3 % (vs. 45.9–55.9 %). Although pigmentation is notoriously variable among individuals of most Ancistrus   species examined, most specimens of Ancistrus martini   can be distinguished from A. caucanus   , A. tolima   , and A. vericaucanus   by having better defined light spots on body and fins in addition to relatively small dark spots on the fin rays and membranes that form six to nine irregular bands on the caudal fin (vs. three to five regular or irregular bands) and seven to nine spots along the pectoral-fin spine (vs. three to six spots). They also differ in the ratio of head-eye length to snout length: 53.9–72.1 % in specimens greater than 60 mm SL (vs. 72.3–91.9 %; Fig. 3 View FIGURE 3 C). A. martini   differs from A. centrolepis   by having white spots on the body (vs. dark spots on body or body entirely gray), by lacking rows of enlarged odontodes on the lateral plates (vs. one to three rows of greatly enlarged odontodes) and by having the longest odontodes on the lateral plates less than half as long as the supporting plate is wide (vs. longest odontodes almost as long as the supporting plate is wide); from A. galani   by having fully developed eyes and pigment (vs. eyes reduced and pigment absent or reduced); from A. tolima   and A. vericaucanus   ) by usually having one preadipose plate (vs. two to three, rarely one in A. vericaucanus   , and three to five in A. tolima   ); and from A. tolima   by having the adipose fin spine at a 45 ° angle to the body and adipose-fin membrane present (vs. adipose-fin spine adnate and adipose-fin membrane absent).

Remarks. Schultz described two new subspecies from the Lake Maracaibo Basin (1944): Ancistrus brevifilis bodenhameri   and Ancistrus triradiatus martini   , each of which has been subsequently considered as valid species (Fisch-Muller, 2003). However, our morphometric analysis failed to detect significant differences between them. Schultz diagnosed his subspecies based on the color pattern of the ventrum: with separate spots in A. brevifilis bodenhameri   and spots sometimes running together to form vermiculations in A. triradiatus martini   . We have found great individual variation in the pigmentation pattern of the ventrum of specimens from the Lake Maracaibo Basin and so that character is not useful for distinguishing them. Based on both morphometric and pigmentation pattern differences we consider the Maracaibo species as distinct from both A. triradiatus   (which occurs on the southern flank of the Andes in the Orinoco River Basin) and A. brevifilis   (which occurs in the Tuy River Basin of coastal Caribbean central Venezuela). We therefore consider Ancistrus brevifilis bodenhameri Schultz 1944   as a synonym of Ancistrus martini Schultz 1944   . 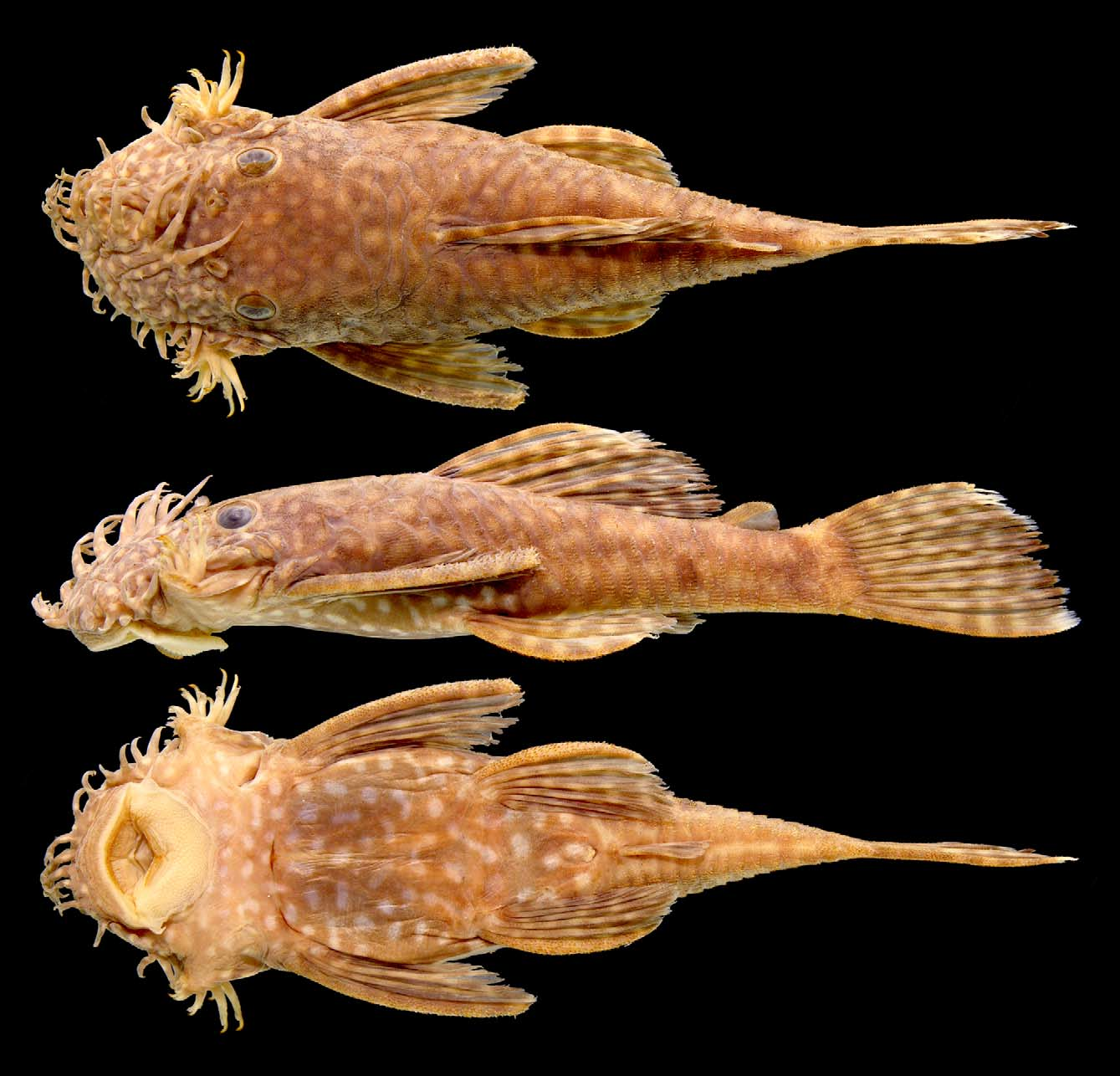 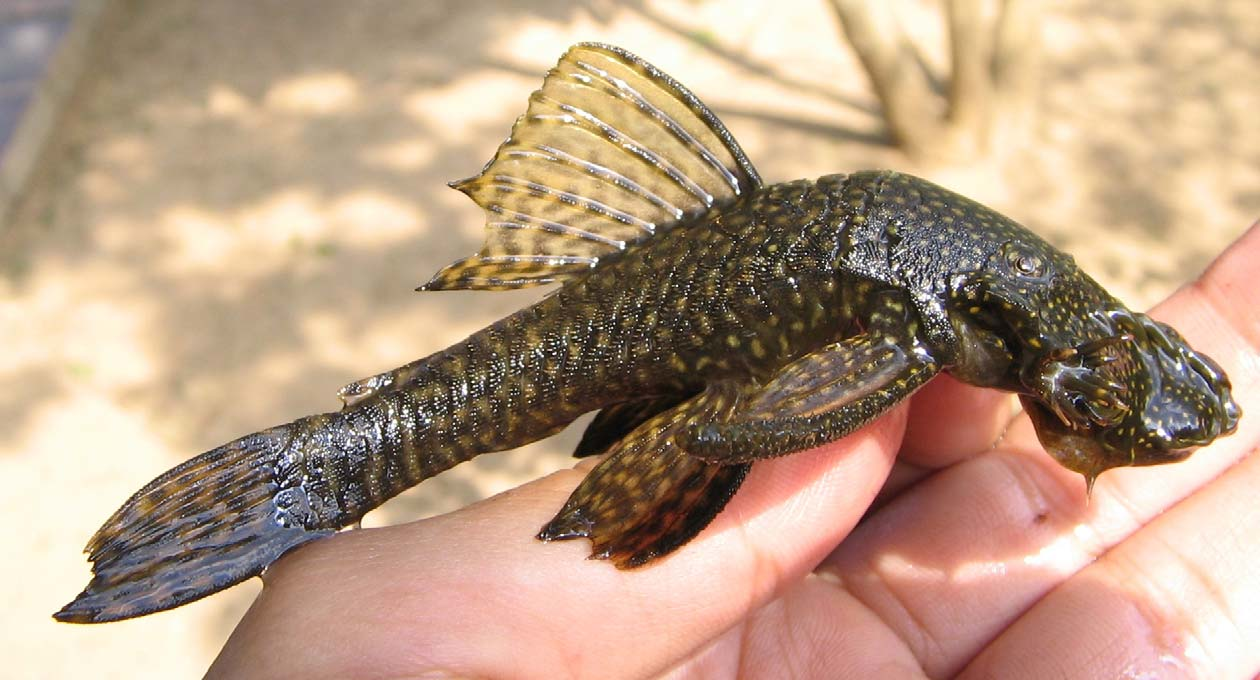 FIGURE 9. Ancistrus martini, live, collected by and photographed by Gustavo Ballen from the upper Zulia River.