Description of the holotype.

Male eyes separated on vertex in narrowest part by six to eight rows of punctures, while female by nine or 10. Protarsomere 1 obviously lengthened in male; mesotibia and metatibia with denticles in distal half of inner margin in male (Fig. 1H-J View Figure 1 ) but no denticles in female (Fig. 1K, L View Figure 1 ). Antennal length similar in both sexes.

This new species presents several diagnostic characters which allow it to be easily separated from other species: 1) mesotibia and metatibia in males with denticles, 2) elytral apices without spines, 3) metacoxal plates with a big spine beside the inner posterior angle in both sexes, 4) elytral surface with obvious longitudinal punctures, and 5) the narrowest part between the eyes on each sex with more rows of punctures. The first two characters are reported for the first time in genus Coomaniella   , adding to the structural diversity of the genus. The new species is classified in the subgenus Coomaniella Coomaniella   and belongs to C. (C.) chinensis   species-group.

The name Coomaniella dentata   is for the denticles on male tibia.

Toona   sp. (Fig. 3A, B View Figure 3 ), determined by Prof. Xin-Hua Li (Nanjing Agricultural University), is a newly reported genus of adult host plant for the genus Coomaniella   . Toona   sp. belongs to the family Meliaceae  , of which another species, Chukrasia tabularis   , has been recorded as a host plant by Jendek (2002).

From the same host plant, two other species were collected 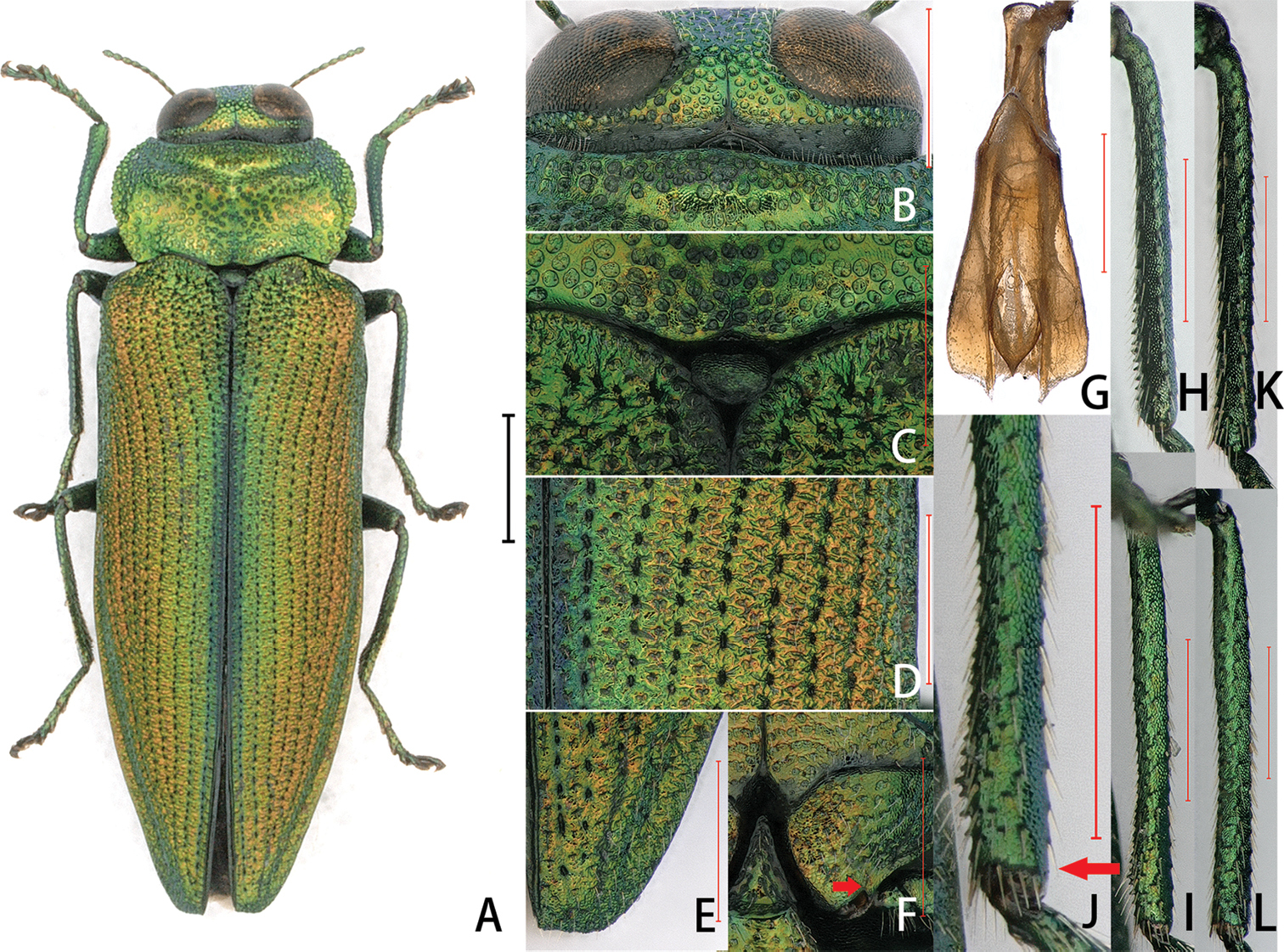 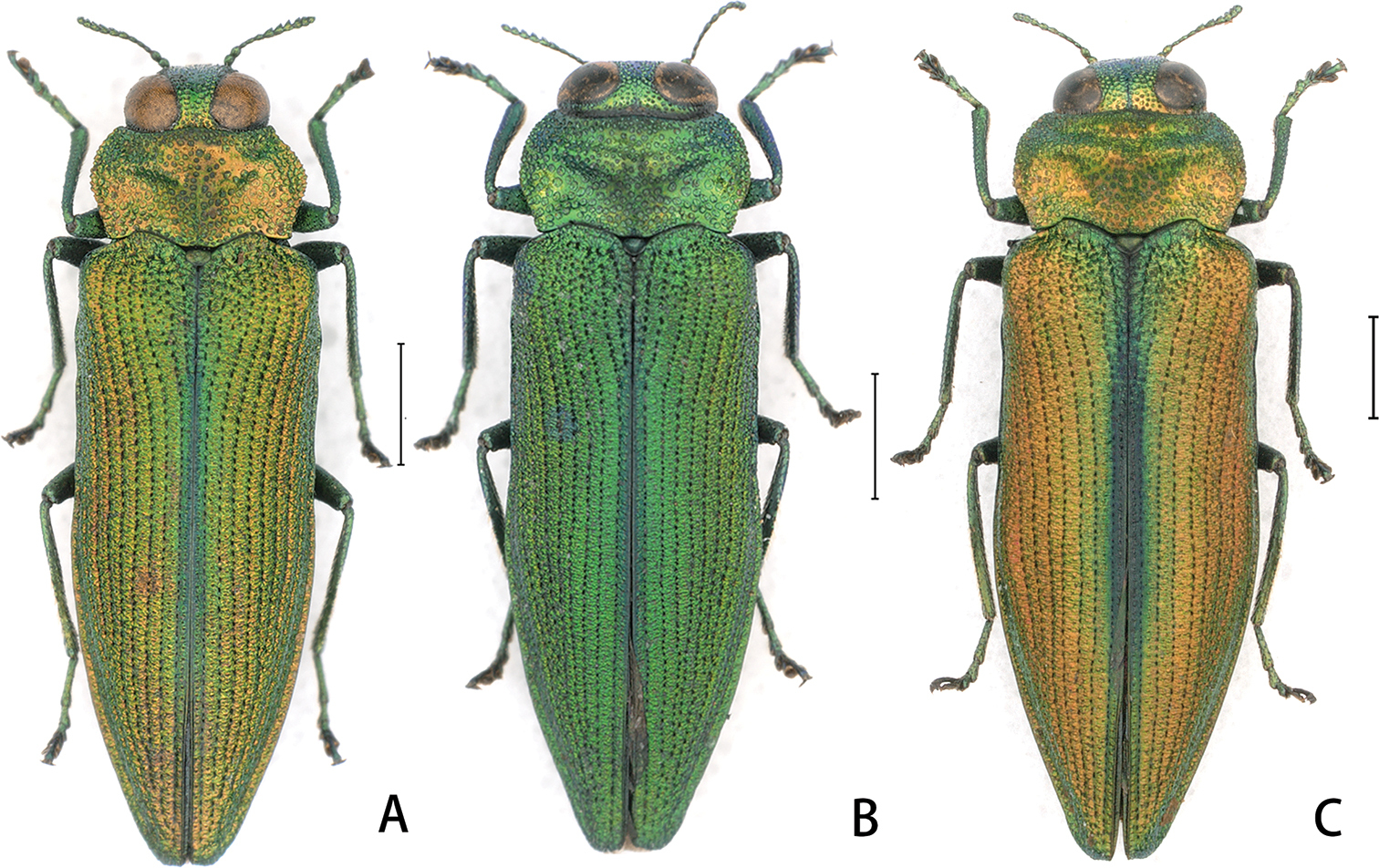 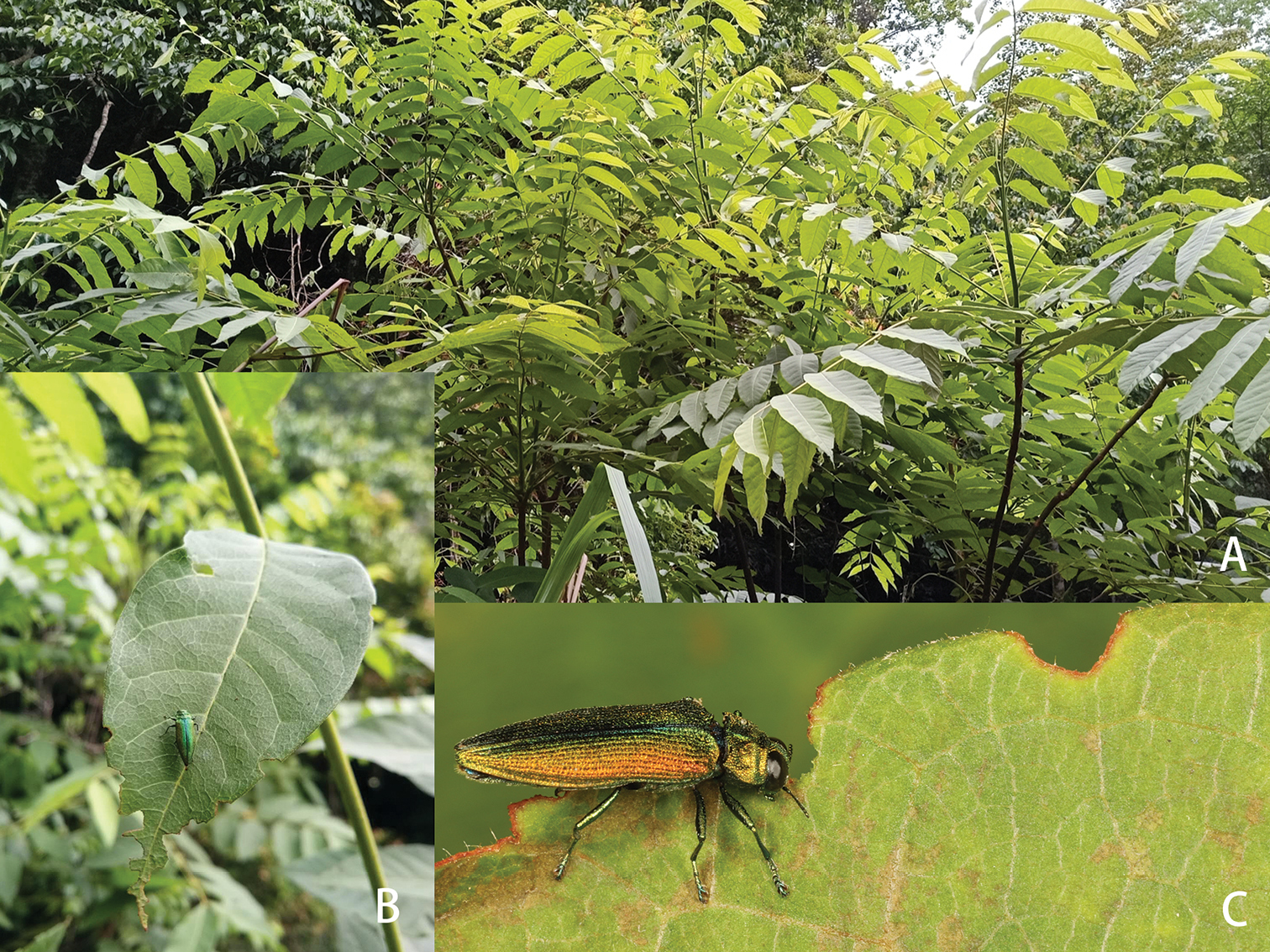 Figure 3. Host plant and habits of Coomaniella (Coomaniella) dentata sp. nov. A Toona sp. in the wild B marginal feeding of the leaf of Toona sp. by C. dentata C feeding habits.