Skeleton. Low proportion of pithed fibers compared to the soft tissue. Fibers ( Fig. 17 View FIGURE 17 B) following a dendritic course, dividing dichotomously or trifold at irregular distances as much as 2 mm or more. Near the surface, fiber divisions are more frequent and the endings support the surface conules. Fibers relatively thin for the genus, 55–97 µm in diameter over much of their length but petering out to the pointed ending of approx. 30 µm diameter. Bark making up approx. 15–20 % of the fiber diameter and strongly laminated ( Figs 17 View FIGURE 17 B–C).

Etymology. Named after Jean-Louis Etienne, the leader of the 2004 / 5 Expedition to Île Clipperton, who brought the significant collection of Clipperton sponges to the Muséum national d’Histoire naturelle, Paris.

Ecology. Encrusting dead corals in deeper parts of the reef.

Remarks. The new species conforms in all major aspects to the genus Suberea , including sprawling conulose shape, high organic vs. fiber ratio, dendritic fiber system of pithed fibers with modest bark component, and probable aerophobic color change. Among the species of Suberea the new species stands out by its relatively thin fibers. Suberea is so far confined to the Indo-Pacific, and one species has been reported from East Pacific waters, Suberea azteca ( Gomez & Bakus, 1992 as Aplysina ). This differs clearly from our new species in having an elaborate stalked shape and occasionally anastomosing fibers forming irregular large meshes. This feature seems to exclude it from Suberea proper. Nearly all other Suberea species have much thicker fibers than our new species, usually well over 200 µm diameter. Only Suberea creba Bergquist, 1995 from New Caledonia shows some similarities, as its fibers are ‘only’ 120–250 µm diameter, approx. twice as thick as those of the Clipperton species. The surface of S. creba is described and pictured as mostly smooth, lacking the dense conulose aspect of the new species. 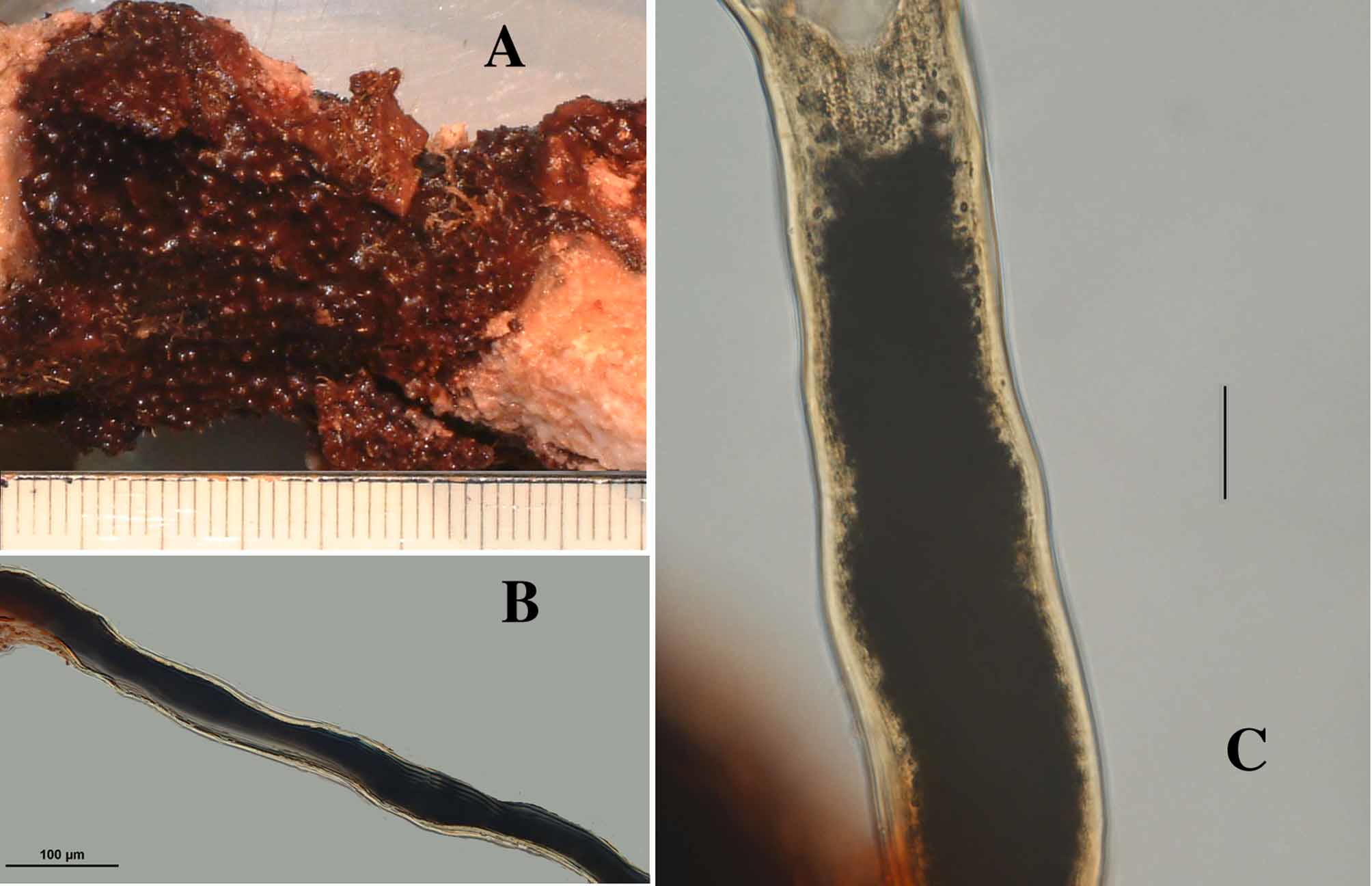