Radula (Appendix Table 30 View TABLE 30 ; Fig. 16A View FIGURE 16 ) typical of genus. Central teeth with 3­4 (rarely 5) cusps on either side of median cusp; median cusp to about 1.5 length of adjacent cusps and twice as wide, tapering and pointed. Face of central tooth with 2­4 pairs of cusps that lie well inside lateral margin, inner pair much larger than others, about quarter to third total height of tooth; lateral margins straight to slightly concave, at about 50­60º; basal tongue long, rather narrow and bluntly pointed. Lateral teeth with cusp formula 3­4 + 1 + 3­5; with cutting edge about half length of lateral part of tooth; median cusp up to about two thirds length of adjacent cusps, blunt to pointed; upper edge of lateral part of tooth at about 60­70º to cutting edge, lateral edge straight to slightly to moderately concave. Inner marginal teeth with 20­23 cusps, outer marginals with 11­14 cusps.

Distribution ( Fig. 9 View FIGURE 9 ) and habitat. Known only from the type locality, an artesian spring, where it occurs in mud in the pool at the base of the spring. 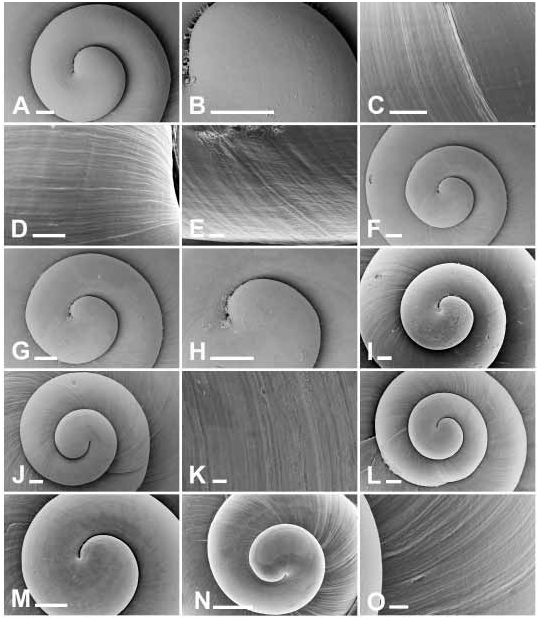 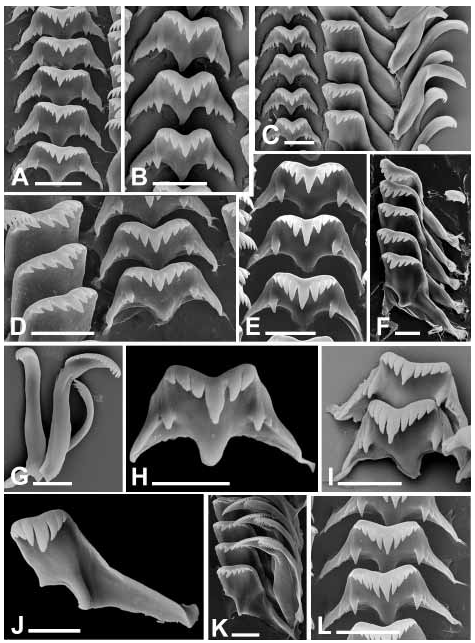