Radula (Appendix Table 30 View TABLE 30 ; Fig. 28 View FIGURE 28 J­M) typical of genus. Central teeth with 3­5 cusps on either side of median cusp; median cusp up to about twice as long and wide as adjacent cusps, triangular, sharply pointed. Face of central tooth with 1 large pair of cusps and 0­3 small to subobsolete cusps that extend just inside lateral margin forming weakly denticulate to simple ridge, inner pair much larger than others, about half total height of tooth; lateral margins straight, at about 50­70º; basal tongue short, subtriangular to rounded. Lateral teeth with cusp formula 2­4 + 1 + 3­6 (usually 4); with cutting edge about 0.3­ 0.4 length of lateral part of tooth; median cusp about 1.4­1.6 as long as adjacent cusps, and about twice as wide, with rounded to square end; upper edge of lateral part of tooth at about 50­ 60º to cutting edge, lateral edge slightly to moderately concave. Inner marginal teeth with 14­25 cusps, outer marginals with 9­20 cusps.

Distribution ( Fig. 29 View FIGURE 29 ) and habitat. Coastal plains of the Gulf of Carpentaria into the western base of Cape York. In billabongs and other large semiperment pools where it lives mainly on submerged macrophytes.

This species is very similar to G. kessneri   which it appears to replace in the Gulf Country. The shell is usually smaller (although there is overlap in size – see Fig. 30A View FIGURE 30 and Appendix, Table 29 View TABLE 29 ) and is typically paler in colour.

The radulae in the two species also differs in G. beecheyi   having a prominent inner pair of basal cusps that extend below the basal margin, whereas these are small and well above basal margin in G. kessneri   (compare Fig. 28F,I View FIGURE 28 with 27K,L).

Several lots were examined for anatomy but most were heavily parasitized and, females in particular, were not sexually mature. It is probable that this species reproduces during the wet season, as all available material was collected in the dry season. 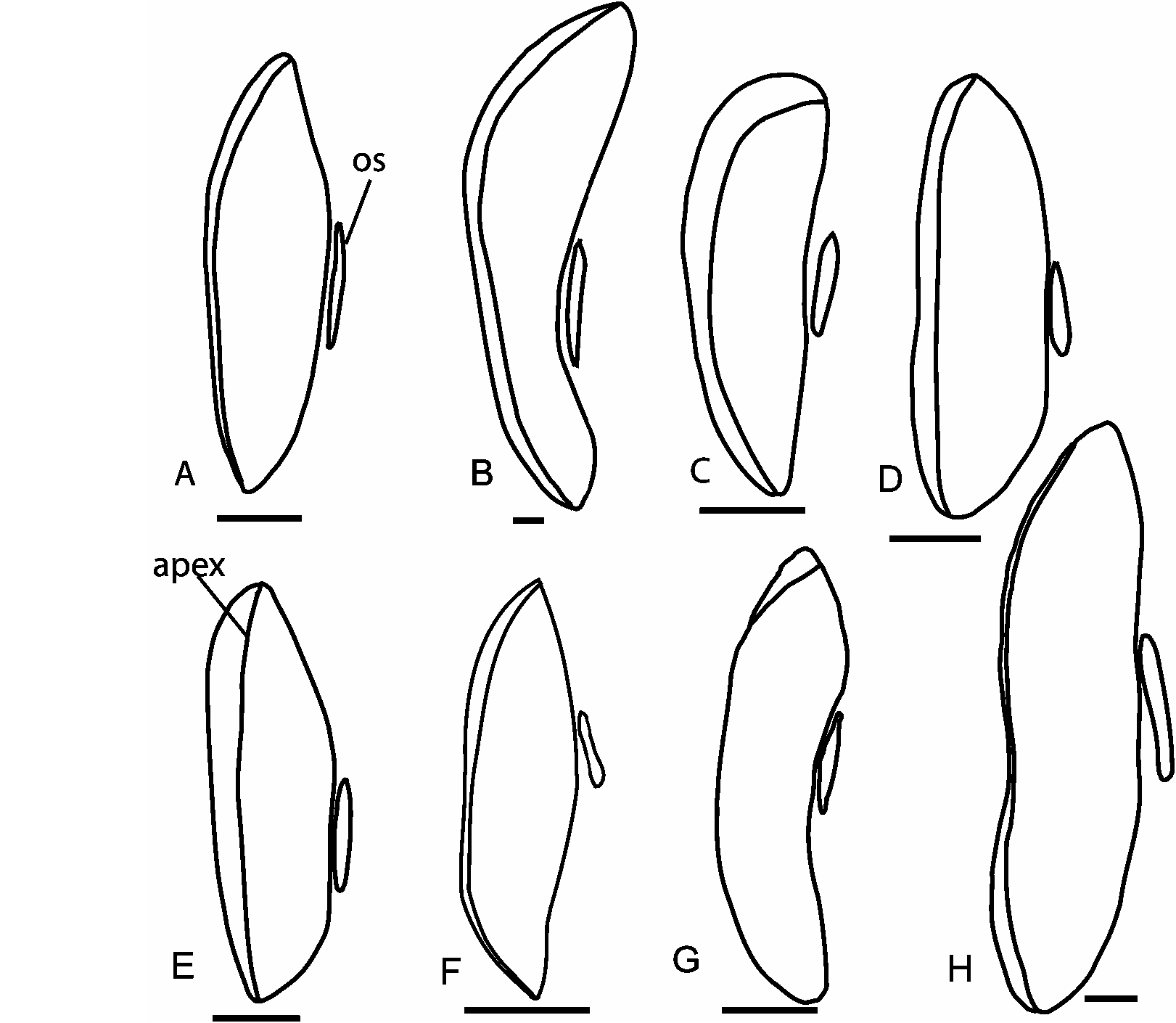 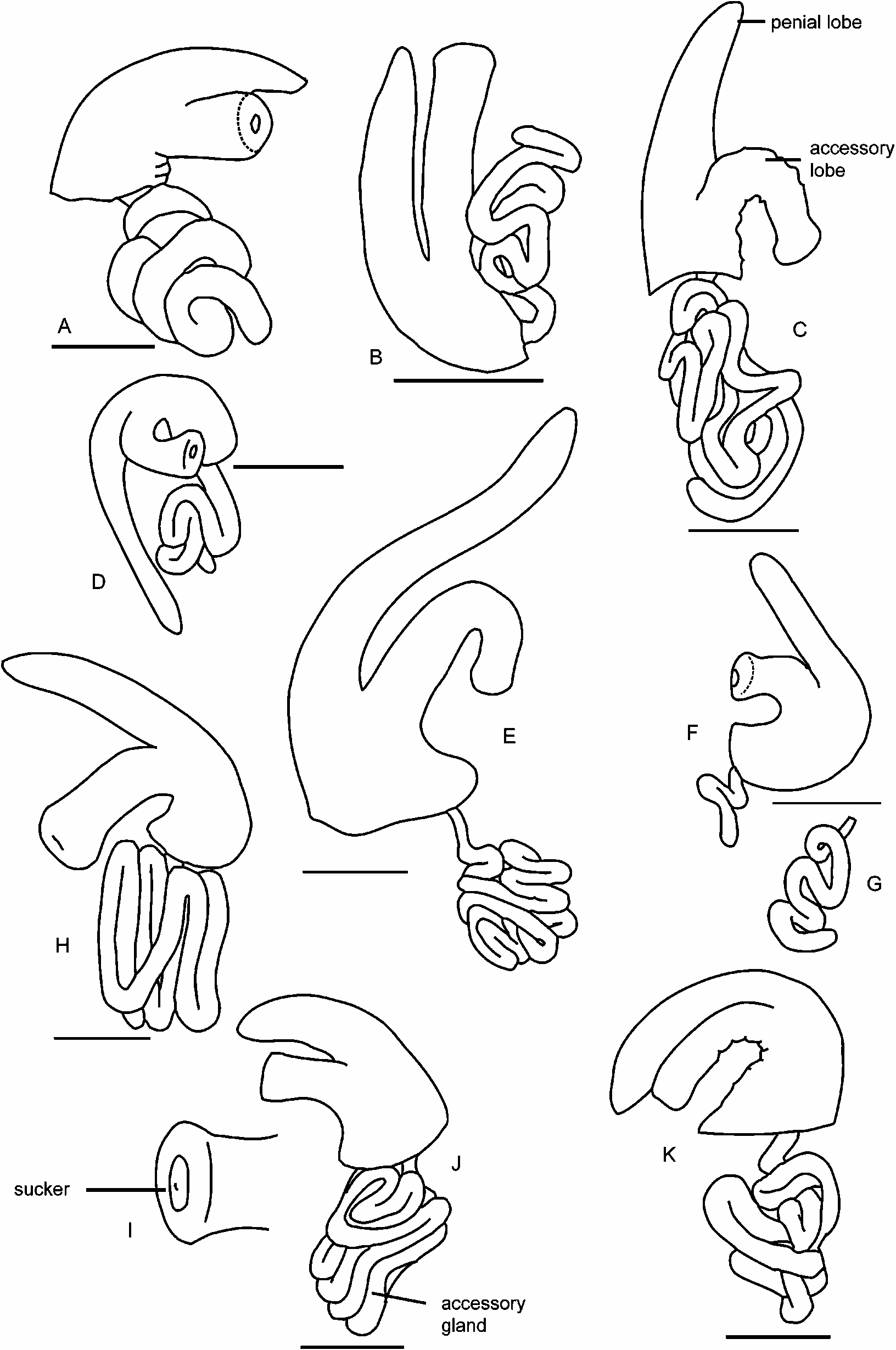 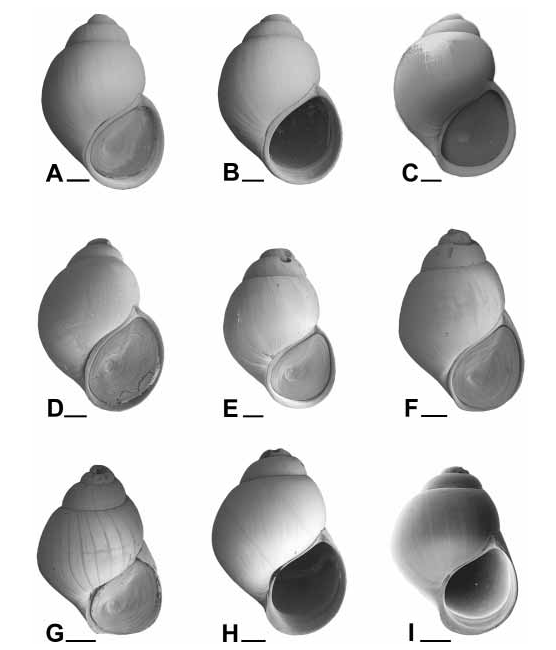 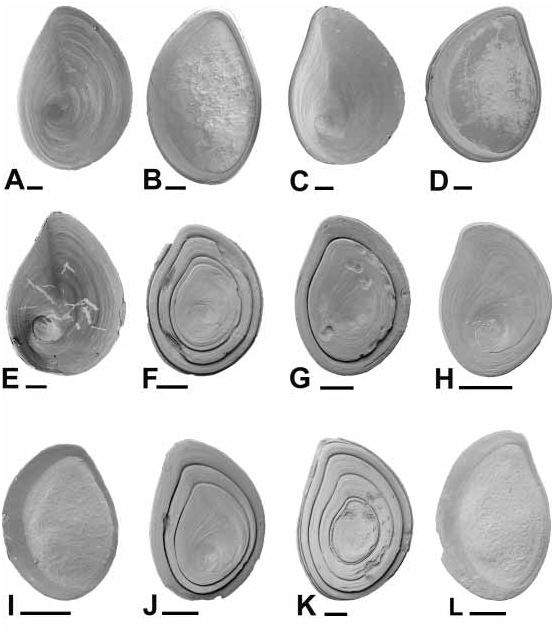