Radula (Appendix Table 30 View TABLE 30 ; Fig. 37 View FIGURES 37 A­C) typical of genus. Central teeth with 2­4 cusps on either side of median cusp which is about 1.2­1.4 longer than adjacent cusps and its base 1.3­1.6 as wide; median cusp tapering gradually proximally, more rapidly distally, end pointed. Face of central tooth with 3­4 pairs of sharp cusps that extend just inside lateral margin forming cuspate ridge, inner pair larger than others, large (about half total height of tooth); lateral margins convex above, then slightly concave, at about 50­60º; basal tongue of moderate length, broad, rounded. Lateral teeth with cusp formula 2­3 + 1 + 3­4; with cutting edge about 0.33­0.40 length of lateral part of tooth; median cusp up to about 1.5 length of adjacent cusps and much broader, with parallel sides and rounded (sometimes bifid) distal end; upper edge of lateral part of tooth at about 70º to cutting edge, lateral edge concave. Inner marginal teeth with 18­21 cusps, outer marginals slender, with broad, tapering base and 9+­10+ cusps.

Distribution ( Fig. 22 View FIGURE 22 ) and habitat. Coastal plains of the Gulf of Carpentaria into the western base of Cape York. In pools and billabongs on mud, although often associated with macrophytes and algae.

This species is very distinctive and unique in its solid, broadly­ovate, umbilicate shell with numerous axial and spiral ridges of about equal strength. The flat­topped spirals cross the rounded axial ridges and, although not actually raised into gemmules at the points of crossing they give the appearance of being weakly gemmate. The shell shape and size is very similar to G. adusta   , the two species being indistinguishable using morphometric measurements. The female reproductive system, while similar to B. vertiginosa   in most respects, is unlike any other examined Australian species in having the seminal receptacle located in the anterior part of the albumen gland rather than in the middle part. 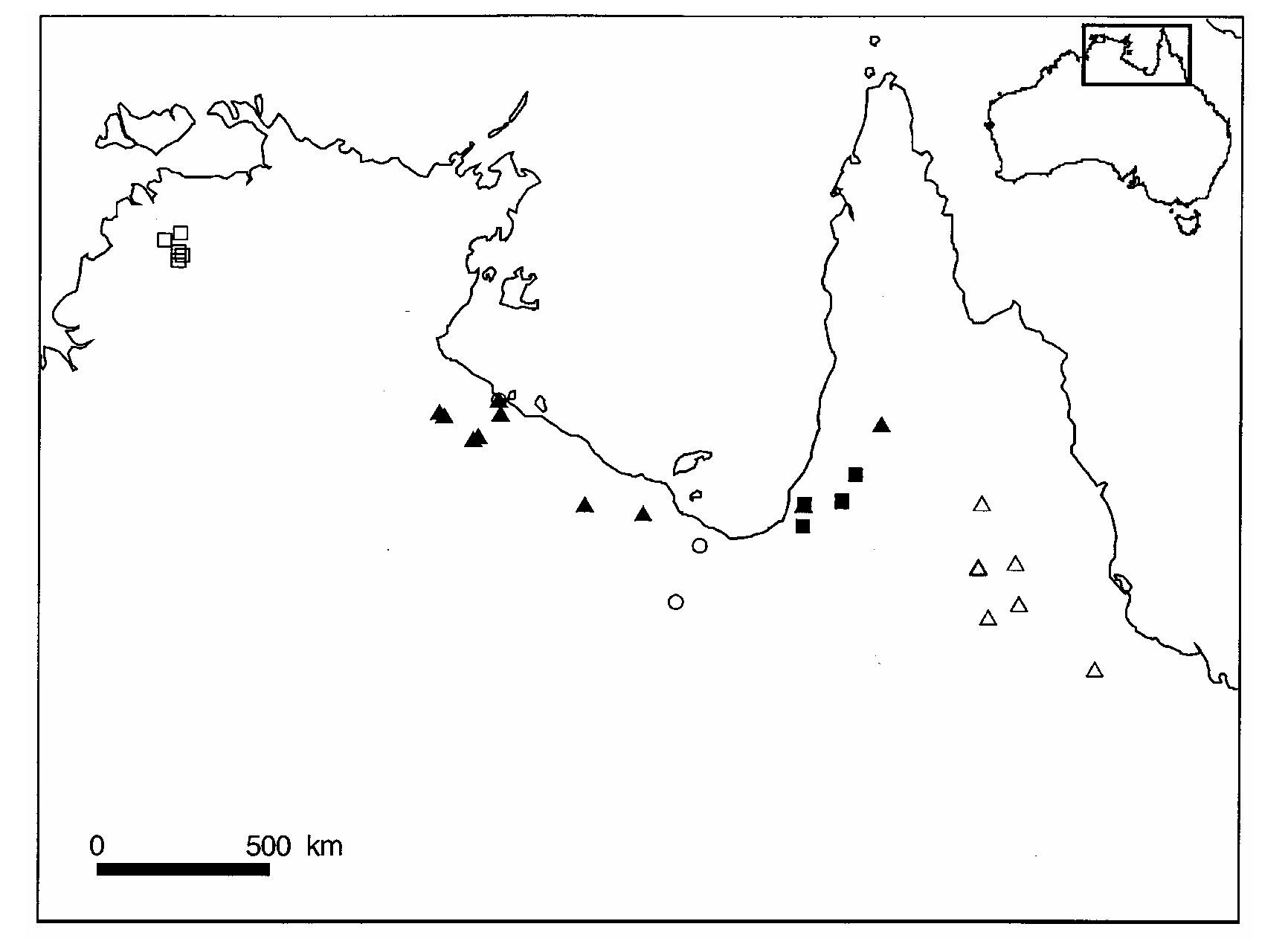