Other material examined. 27 males, 63 females (three with eggsac and two with spiderlings) and 14 juveniles in 75 records (see Appendix B).

Diagnosis. Males and females of T. subrufa   resemble T. ramosa   and T. semicincta   in having a tegular apophysis with an extremely long ventral process and corresponding long epigyne, but can easily be distinguished from these species by colouration. Whereas the venter of T. subrufa   is entirely black, it has a limited triangular black patch in T. ramosa   (which also has a very distinctive dorsal opisthosoma pattern of transverse white lines) and is limited to a black transverse band behind the epigastric furrow in T. semicincta   .

Remarks. The syntypes of T. subrufa   were initially dry-pinned and subsequently transferred into 70% ethanol. The colour pattern is not well preserved and therefore the species is redescribed from representative fresh specimens.

Life history and habitat preferences. The few records of T. subrufa   with some description of their habitat are not very conclusive in relation to habitat preferences for the species. They include sand hill on paddock, sandy ground, sphagnum moss, tussock grassland, wet sclerophyll forest and east-facing slope. Mature males of T. subrufa   have been found from November to March with a peak in December and mature females mainly from November to May, with few records from August and September. Females with eggsac were found in December and March and those with spiderlings in February. 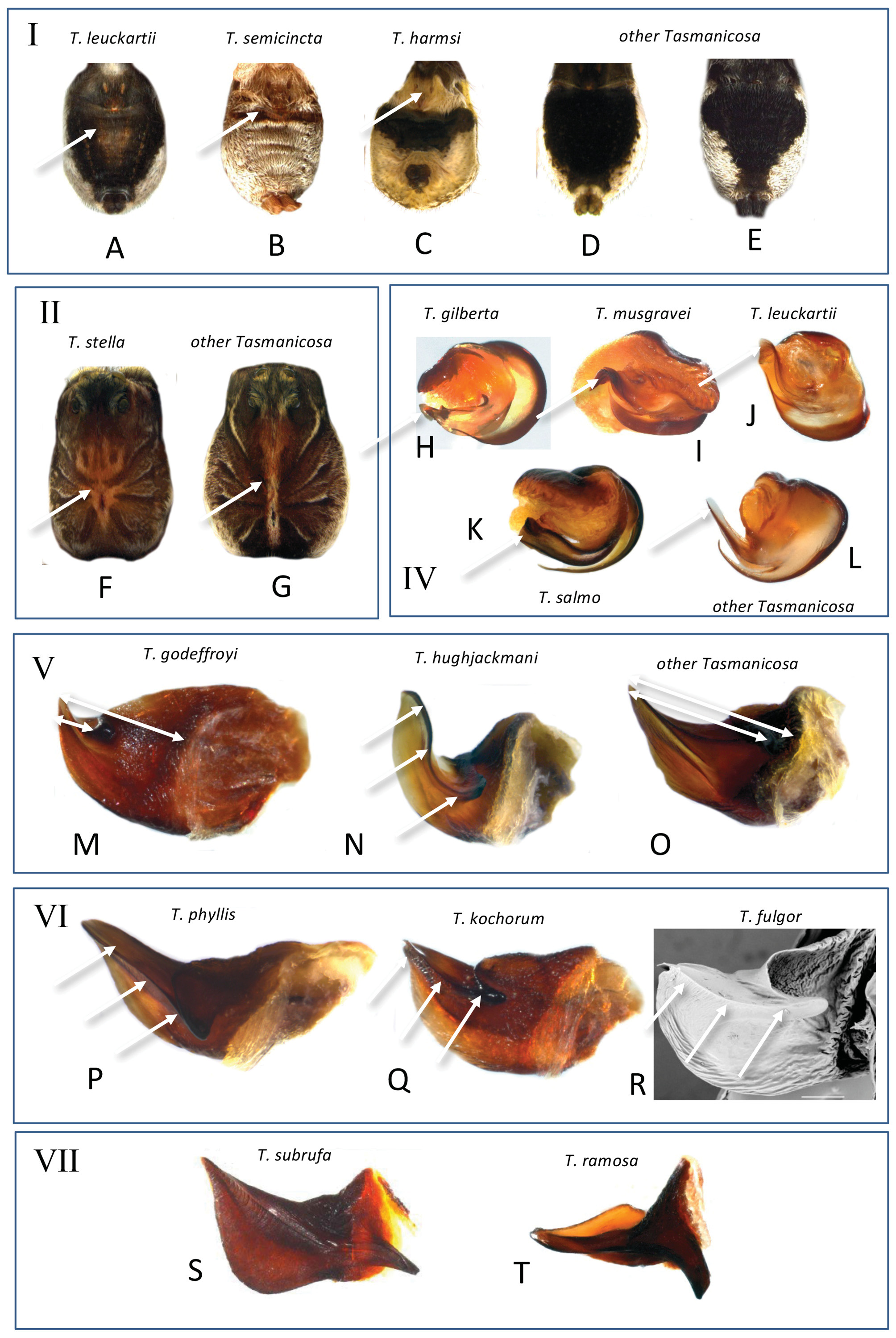 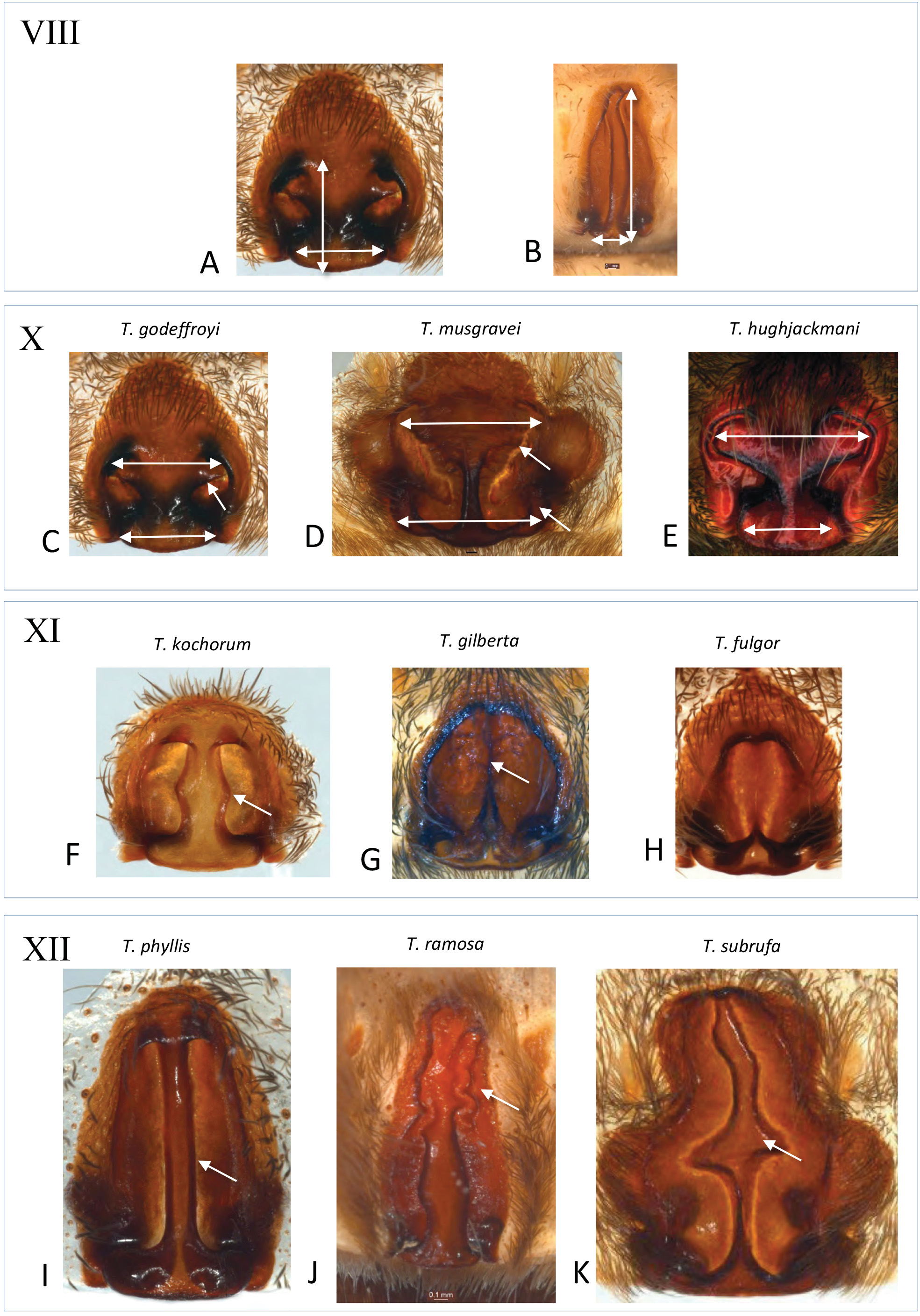 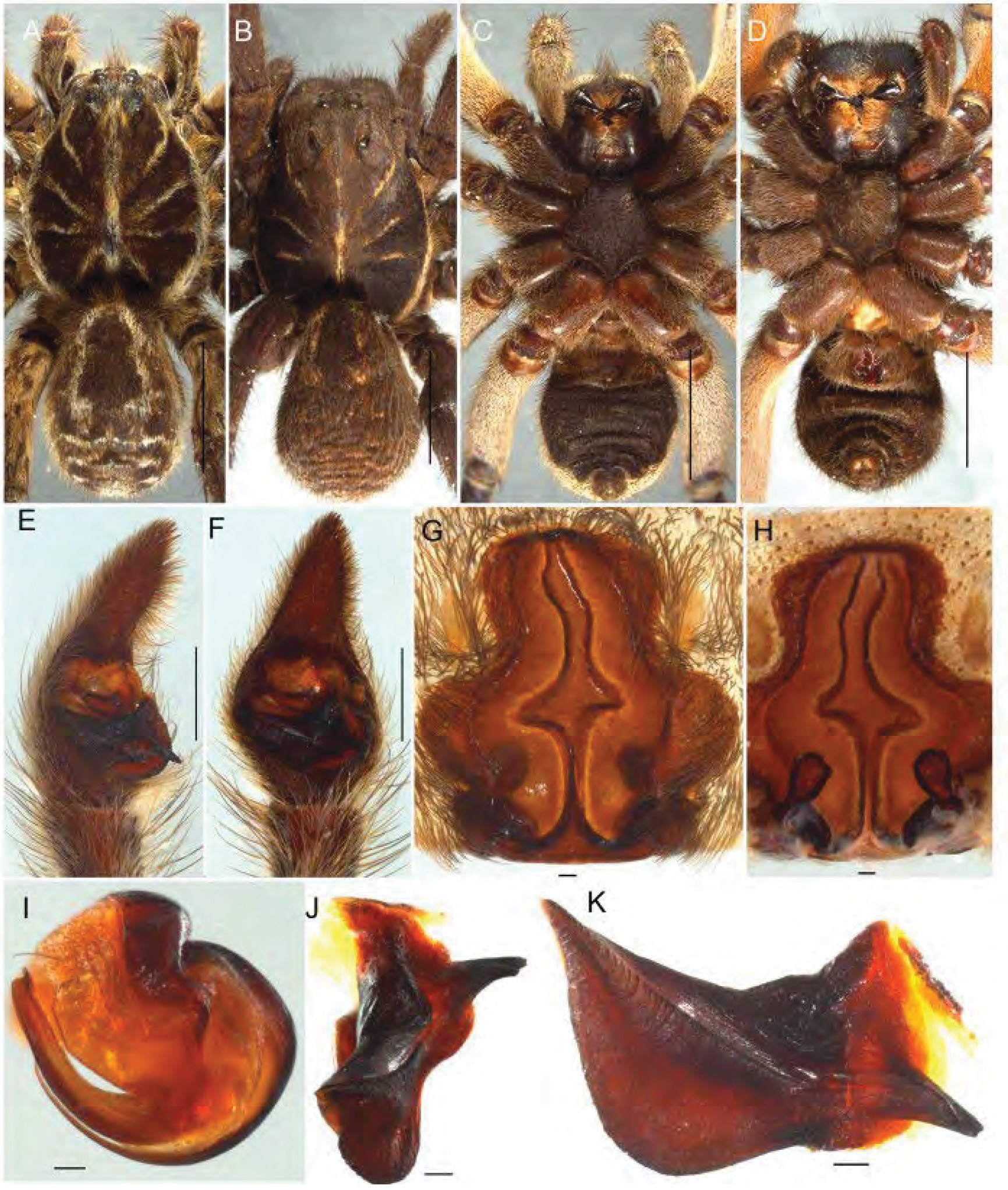