Other material examined. 37 males, 12 females and 6 juveniles in 39 records (Appendix B).

Etymology. The specific epithet is a noun in apposition ( fulgor, Latin   – flash; Blitz is the German word for flash) and expresses the gratitude of the junior author ( BCB) to the Australian Biological Resources Study’s Bush Blitz program (www.bushblitz.org.au, accessed 20 June 2016) for funding of taxonomic work and field excursions. Supporting agencies for Bush Blitz include the Australian Government, BHP Billiton and Earthwatch.

Life history and habitat preferences. Little information can be deducted from the few records of T. fulgor   . Habitat descriptions with records of T. fulgor   include native grassland and Black Box ( Eucalyptus largiflorens   ) woodland, with one record from a suburban swimming pool. Males have been found between November and February, with most records from December. Female activity appears to be longer than that of males with specimens found between October and March, but also in May.

Distribution. Tasmanicosa fulgor   has a broad distribution throughout mainland Australia with the exception of the north-west; it has also been found in Tasmania ( Fig. 10 View FIGURE 10 ). A single record from south-western Western Australia is here tentatively referred to T. fulgor   pending the discovery of males in the state. Ventral opisthosoma pattern and epigyne shape conform to the species, but internal genitalia more closely match T. leuckartii   . 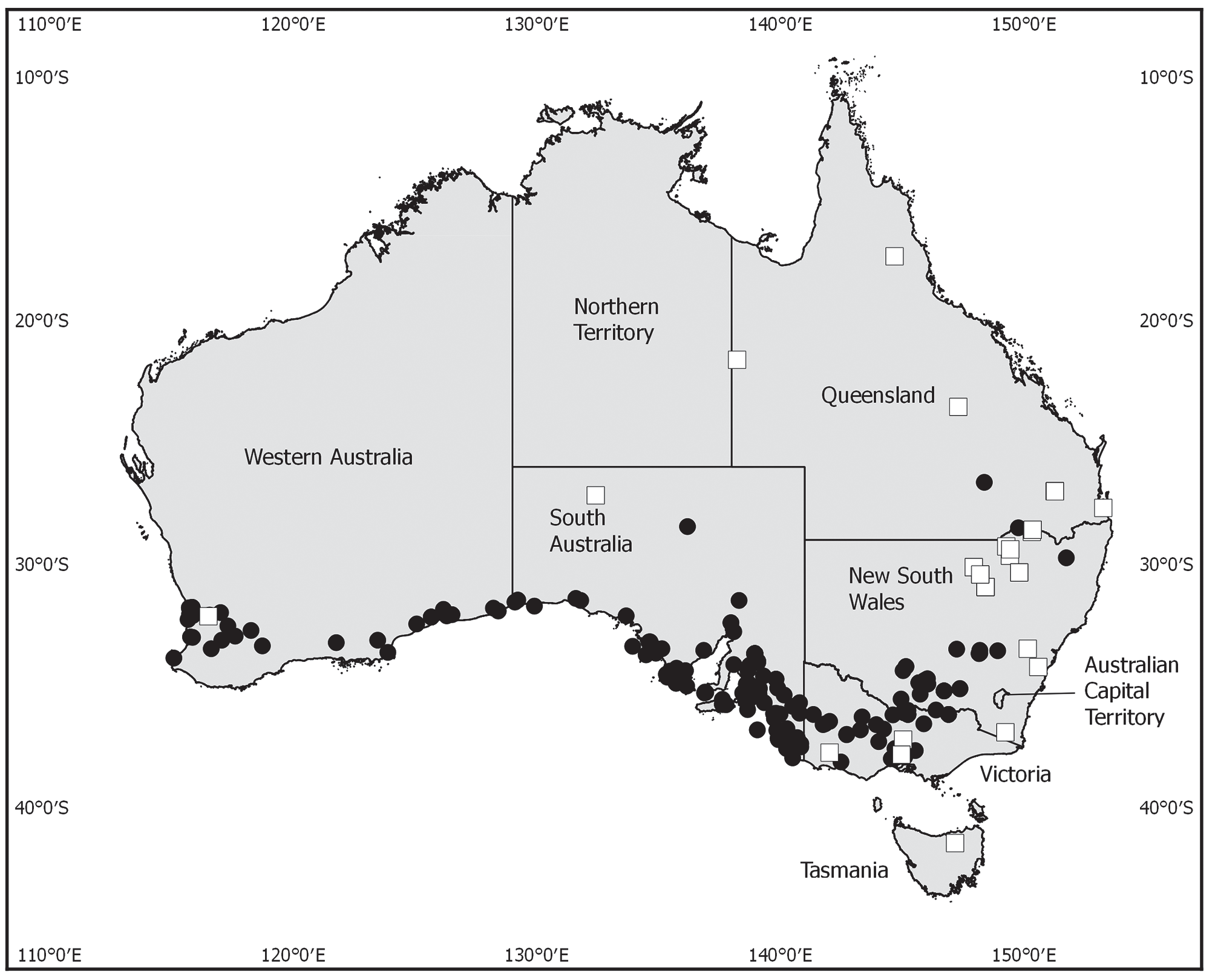