Other material examined. 44 males, 22 females and 10 juveniles in 49 records (Appendix B).

Etymology. The specific epithet for this wolf spider species honours the Australian actor Hugh Jackman, who played Wolverine in the X-Men film series, for his extraordinary artistic skills and more so for his numerous philanthropic activities. Wolf spiders are, of course, much more remarkable than Wolverines; for example, they are best caught by the fearless at night by spotlighting their sparkling green eyes, can orientate using polarised light even in the absence of direct sunshine or moonlight (e.g. Papi & Tongiorgi 1963; Dacke et al. 2001), can fly ( Richter 1970), use multimodal (visual, chemical, percussive) communication (e.g. Hebets 2004), their mothers carry their eggs and subsequently often hundreds of young on their back (e.g. Humphreys 1976b), and they can starve without food for more than a year ( Anderson 1974).

Diagnosis. The males of T. hughjackmani   differ from all other species in the genus by the strongly S-shaped ridge of the tegular apophysis that forms a deep notch in the tegular apophysis ( Fig. 3N View FIGURE 3 ). Female genitalia ( Fig. 4C View FIGURE 4 ) most closely resemble those of T. godeffroyi   ( Fig. 4E View FIGURE 4 ), but the medium septum is apically much wider (i.e. wider than the posterior transverse part) than in that species, in which the anterior part of the medium septum is as wide as the posterior transverse part.

Life history and habitat preferences. Habitat descriptions with records of T. hughjackmani   include open forest of Pink Gum ( Eucalyptus fasciculosa   ), Box-Ironbark forest or sclerophyll bushland. Here, the spiders construct a shallow burrow in leaf litter ( Fig. 1C View FIGURE 1 ). The phenology of T. hughjackmani   appears similar to that of T. godeffroyi   and T. fulgor   . Males have been found between October and February, with most records from December. Female activity is between September and February, with a single record in May. 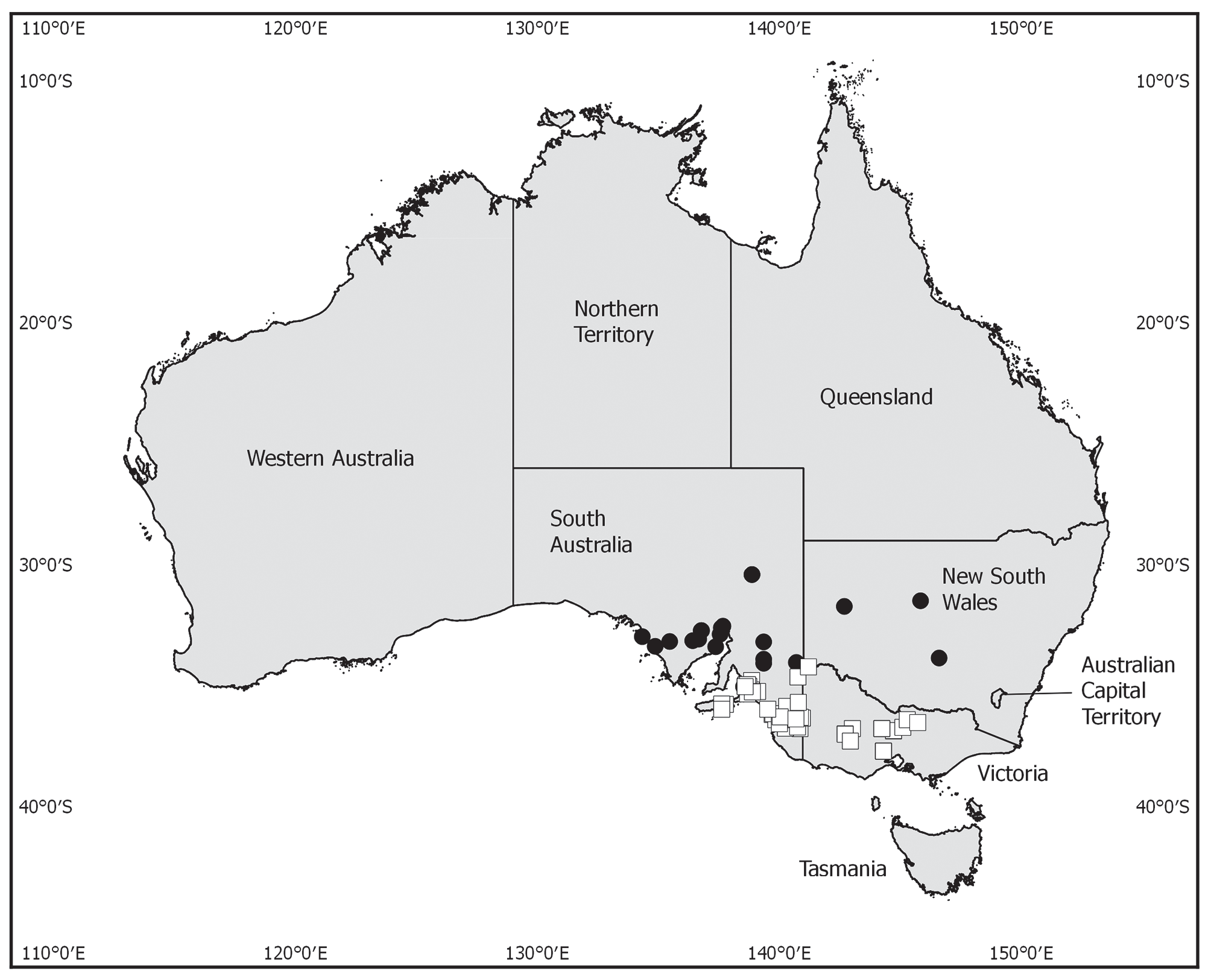 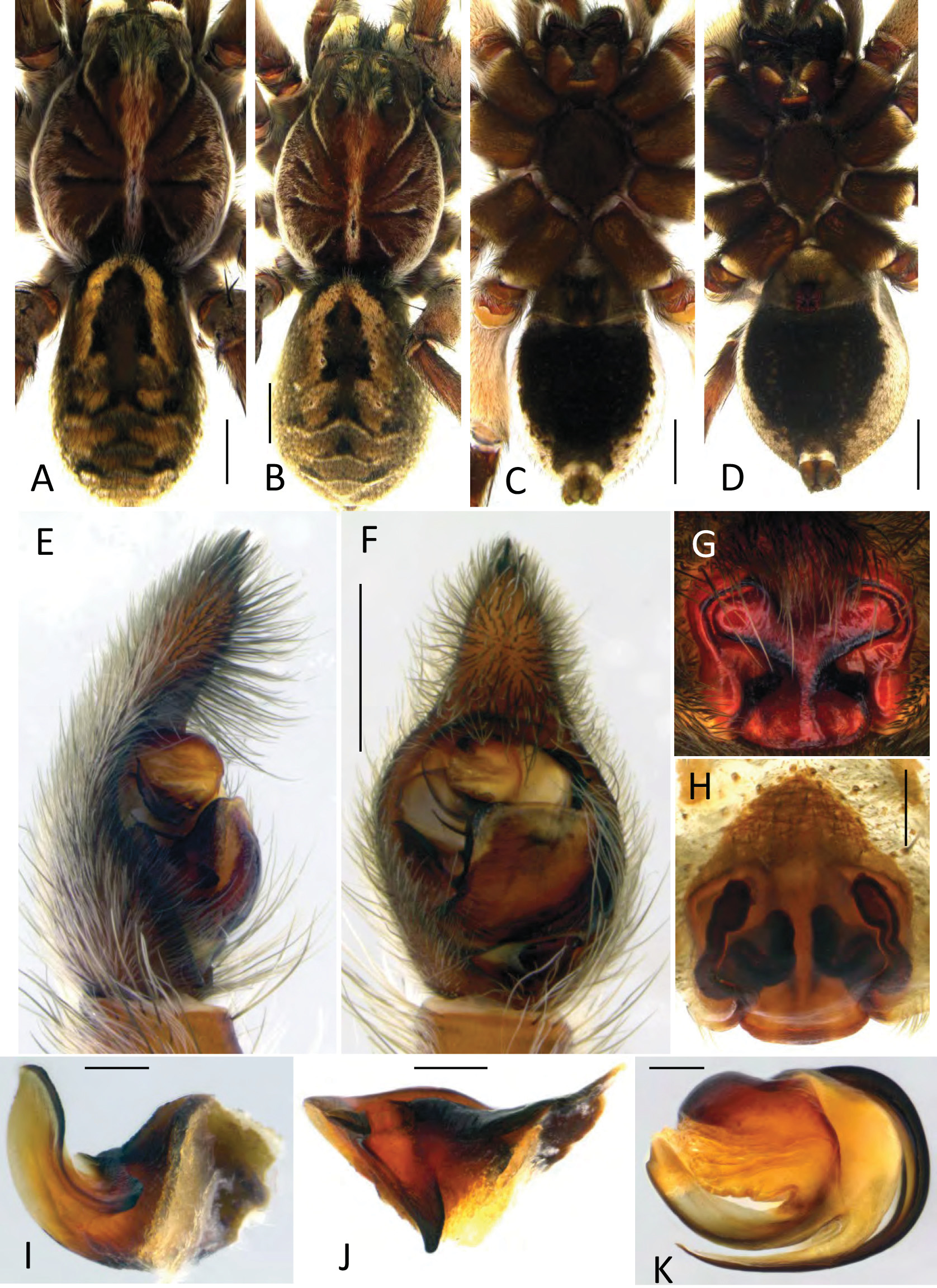