DeMarmels, Jurg, 1992, Dragonflies (Odonata) From The Sierras Of Tapirapeco And Unturan, In The Extreme South Of Venezuela, Acta Biologica Venezuelica 14 (1), pp. 57-78: 58

Larva.- Occiput concave, occipital lobes with a dorsal tubercle; antennae as in Fig. 2View Plate I, first segment twice the length of the head between anterior margin of clypeus and middle of occipital border. Labium as in Fig. 3View Plate I. Hind border of pro notum broadly rounded, somewhat prominent in front of the mesostigmata; no spines or tubercles present. Wing sheaths reaching to end of abdominal segment 4. Lateral margin of abdominal segments 9 and 10 serrate, segment 10 with a blunt dorsomedian spine wich surpasses hind margin of this segment ( Fig. 1View Plate I). Male gonapophyses not reaching and of segment 9 ( Fig. 4View Plate I). Female gonapophyses (penultimate instar) shorter than segment 10; valves with several irregular rows of denticles. Caudal gills of the full-grown larva lost, those of the penultimate instar as shown in Figs. 5-6View Plate I.

Remarks.• The adult females do not show the usual dark and white wing bars, but have pale smoky wings. In one specimen a weak indication of a brown transverse stripe is discernible.- The larvae clung to submerged roots under the overhanging bank of the creek. So far undescribed, the larvae are associated with I. trebbaui  by supposition. At both collecting sites this was the only Calopterygid present. The larva of Hetaerina medinai Racenis  , a common pantepuyan species which -to my surprise- was not found in the region, differs in many ways from that of I. trebbaui  (pers. observation). The broad wing sheaths and outer anal field in the latter provide further evidence for the correct identification. The small size of the full grown larva is noteworthy. The genus is endemic in the mountains of the Guayana shield ("pantepuyan", see Mayr & Phelps, 1967). 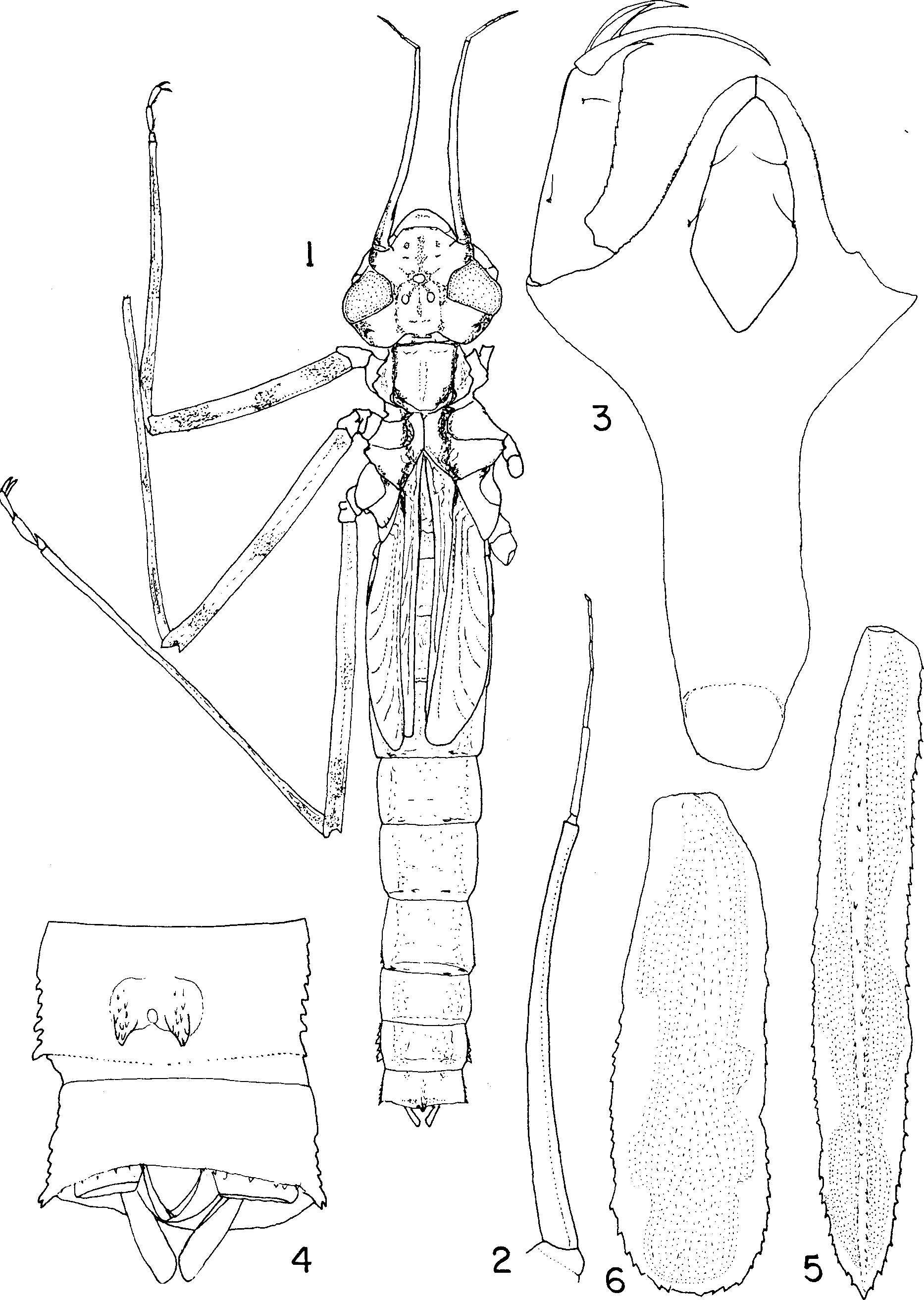